Submitted into Contest #5 in response to: Write a story about someone who is tired of their day-to-day routines.... view prompt 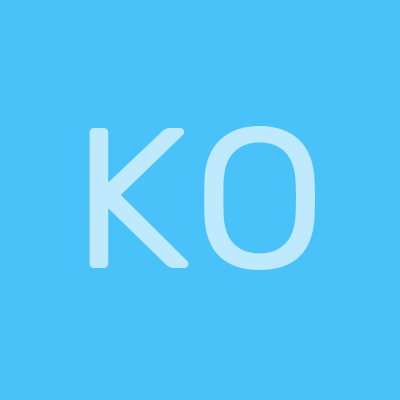 When Hal Goodman returned home from a plug-ugly, lemon cleaner and dry air-smelling container of a building in which they had spent the past ten hours, otherwise known as work, their girlfriend started crying. Nothing to do with Hal, it should be added. The cause of her distress was a news bulletin hissing from the radio, about an arson case up north. Three Poles or something similar, judging by the sound of their names, had apparently set fire to their shop in the hope of getting an insurance pay-out and the flames had spread to the house next door, burning the family who lived there to death. A nine-year-old was among the casualties. The perpetrators had only come into the country six months ago. Hal chuckled humourlessly. ‘Start as you mean to go on’.

Well, at least Ted thought it was funny. Shea just looked at Hal with eyes red from crying and asked how they could be such a cold, unfeeling bitch.

‘Babe’, said Hal, putting an arm around her, ‘I know it’s a horrible thing to happen and that that was a risible, tasteless joke. But if I didn’t make them, I’d be bawling my chops off too. It’s been a long day; you don’t want to sit here listening to this. Let’s get you to bed.’

Shea never usually abandoned an argument swiftly, but now she acquiesced without further ado and rose jerkily from her chair, slumping on Hal ragdoll-like as they helped her down the corridor. Lifting her into bed, where she curled up under the duvet like a young child, Hal was forcibly reminded of how light and bony she’d become. Deciding to ask Ted if she’d eaten today, they pecked her on the forehead and went back to the kitchen.

The harsh strip-light made Hal blink after the pitch black of the bedroom. They wondered with irritation if it was really necessary to have a 100watt bulb, with all the electricity and money it burnt, in the kitchen. If Ted needed to study then what was wrong with switching on that very expensive reading lamp, which he still hadn’t repaid Hal the money for? Their housemate was munching pasta straight from the saucepan, but the strong smell of burnt food would have made it obvious that he’d cooked anyway. He shot Hal a sympathetic look. ‘Want some?’

Hal did. They were hungry. But they were also on a diet of their own devising which had a rule about leaving more than 24 hours between each meal, and they’d eaten breakfast that morning. That meant no food until lunchtime tomorrow. And it was getting rid of all that disgusting surplus fat: they were down from eight stone to seven and a half already. But if they started breaking the rules, they’d end up like their mate Siobhan, a size 16 and too self-conscious to go to the beach in summer. So Hal grinned and shook their head. ‘Thanks man, but you’re alright; it looks a bit carcinogenic to me.’

‘Let me slowly kill myself in peace’ Hal replied, lighting a Marlboro as they collapsed onto the settee.

‘I would,’ said Ted, ‘although is there much chance of the ‘in peace’ bit while that idiot Clarkson’s on?’ He jerked his head at the radio. ‘Why they want to know what he thinks about anything is beyond me...but as I was saying, you should probably know Shea came home today with this’.

He passed Hal a plastic shopping bag which had seen better days. There appeared to be a dress in it, one with no sleeves, a sparkly turquoise corset bodice, and a full, white, puffy skirt. It was gorgeous, basically a ballgown. It was also hard to imagine where you would wear it. ‘It cost 100 quid, apparently,’ Ted said. ‘Shea wanted me to tell you she’s sorry she could only afford a few cans of soup after getting it’.

Hal stared at the gown. ‘I can see why she wanted you to tell me.’ They checked the bag, scanned the floor, got up to search the kitchen and go through Shea’s coat pockets, handbag, and purse for a receipt, knowing all the time it would be useless. She never bloody remembered to get one, or if she did, lost it. Her scattiness drove Hal up the wall, and lately it was worse. This way she had of becoming so emotionally involved in things that had nothing to do with them was getting in the way of her dealing with daily life. Who cried about the news? Or a celebrity dying nearly 60 years ago, for god’s sake? Hal had come home the other day to find Shea sobbing over a biography of a French parfumier and fashion designer they hadn’t known she admired. Her real name, apparently, was Mathilde Labriére but she had gone by the moniker Lauren, no surname. Of course she had, thought Hal, knowing there must be something here they were missing but unsure what.

‘Sweetheart, why’s this upsetting you?’ They glanced at the book cover. Nope, 1870-1962, not exactly a tragically early death then.

‘She created beautiful things,’ Shea said tonelessly. ‘And now she can’t. The world’s so ugly, Hal. No-one makes anything lovely anymore, anything whimsical that takes you somewhere else when you look at it.’

And Hal had known what she meant, though not how to help. There was nothing whimsical or lovely about working day after day, double digit hours per shift, packaging parcels for a delivery company whose boss earned more than god for £10 an hour. Indeed, there might as well have been a clause in the workers’ contracts banning whimsy and loveliness, although there were none detailing entitlement to rest breaks. Hal could have done with a rest. From all of it.

Hal and Ted had only just sat down after giving up their search for the receipt when the phone rang. It was Hal’s mum. ‘Hello, Elizabeth!’

Hal let it slide. Pick your battles, was their motto.