Vengeance (Part 2 of The Price of Impulsiveness)

Submitted into Contest #97 in response to: Set your story within a window of opportunity, when a character finally has the chance to do something.... view prompt

It had been a few months since Geena died. Felix wanted to go back to his duty, so, he can find the woman who killed Geena to avenge her. His boss forced him to take a break and dismissed him from the case since he had a personal connection. So, Felix was stuck in his house with Bobby. He was glad at least he had something that reminds him of Geena. He took great care of Bobby because he knew how much Geena loved that dog. Although Bobby made his days better, Felix hated sitting in his home not being able to do anything.

Felix knew if he gets involved with the case, he will lose his job, but he can’t sit around and do anything while Geena’s murder was out there. So, he decided to wait patiently for the perfect opportunity. When that time comes, he will do what he had to do. He was the best agent at the secret service. It won’t be hard for him to get the information he needs without anyone notices it. He drifted into sleep.

The perfect opportunity occurred sooner than he expected. Since his partner got killed, they kept Felix informed of developments in the case. From what they said Felix knew they had a lead. So, he decided to come up with an excuse to go to the office. In that way, he could get information about that woman. When he finds her, he is going to kill her.

Felix drove to the office at night. This would make his job easier since there won’t be a lot of people in the office at night. He got into the building. He knew the agents working on the case. So, he headed to the table belong to one of them. He opened the computer. Of course, there was a password. He cracked the password easily. That was something he learned from Geena. He looked at the information about the case. The name of Geena’s killer was Jade Carter. According to her criminal record, she was a master thief, and she never got arrested. After he got the information he needed, he turned off the computer and cleaned his traces. Then he went to the security room and played with the security footage of that night. That was another thing Geena taught her. He was missing her and grieving her, but now was not the time for that. Now he had one last mission to complete, and he wasn’t planning to fail. He had to this for Geena. He let her down once already, and it cost her life. He couldn’t do that again. He wasn’t going to let Geena’s killer be free. She killed Geena, and in Felix’s eyes, she doesn’t deserve to live.

He knew what he is going to do can cost him a lot of things, but since Geena died, he left nothing to lose. His impulsiveness caused Geena’s death, and now it will help him to avenge her. He had already made up his mind and there was no turning back. He was going to finish this thing. He always finished everything he started.

Felix spoke with his CIs to locate Jade. After a few hours, he learned she was hiding in an abandoned warehouse. He drove back to his place to make a plan. This time he would be precautious. Firstly, he detected the location of traffic cameras and their blind spots. After that, he set a route in which he wouldn’t be caught by traffic cameras. He already had a car which he stole from the junkyard. Everything he would need was in the car. Now his plan was ready, all he had to do is implement the plan. He would start his plan after midnight. This thing would end tonight.

Around 2 A.M. Felix was in the stolen car from the junkyard, driving to the warehouse. He was blinded by the desire for revenge, and he was cautious, but he was more cautious than ever. He wished Geena hadn’t died for that to happen. He would avenge Geena and leave this life behind completely. Without her, everything felt wrong, and he didn’t think he can have any other partner than Geena. After accomplishing this mission, he would finally find peace.

While Felix was on was way to the warehouse, Jade was planning to make her escape. She already sold the plan which she stole from a secret facility. Normally she would have no reason to flee since no agent nor police were good enough to find her, but this was the first time she killed someone. And she was scared someone would find her. Going to jail wasn’t one of her plans. So, she would make her escape.

When Jade came out of the warehouse, she saw a man who pointed his gun at her head. He made a gesture telling her to get back into the warehouse. Jade dropped her bags and stepped into the warehouse slowly. She was afraid. She thought maybe with money she can persuade this man to let her go.

“Look if you let me go you can take the money.” She said, pointing to the bag which contains money.

“You can offer anything you want to, but nothing will change my mind,” Felix answered.

“There are 800 million dollars in that bag. All can be yours.” She tried again with little hope.

Felix looked into her eyes, and said, “Amount of the money doesn’t change anything. No amount of money will bring back my partner.”

“I am sorry your partner had died, but what I have to do with this?” Jade asked now confused.

“You killed her a few months ago. Did you forget? Because I didn’t. And now you are going to pay for that.”

Jade was scared to death. From the way, he talks it was obvious he wasn’t here for arresting her. He was here for revenge, and Jade didn’t want to die. She wanted to beg him for mercy, but something she saw in his eyes stopped her. There was determination in his eyes, and nothing would make him change his mind. Before she can do anything, Felix pulled the trigger, and a bullet went into her head. Jade was dead.

Felix took the bags back inside the warehouse. He took the car back to the junkyard. He got rid of his clothes and then the gun. He walked back to his place. After Geena’s death that was the first night, he had a peaceful sleep.

The next day he took the needed papers to the office for his retirement. He already packed his belongings. He was leaving the city today. He took Bobby with him. Before he left, he visited Geena’s grave and told her she can sleep peacefully now. He left a white orchid on her grave. That was her favourite flower. Then he got into his car and drove away to who knows where. 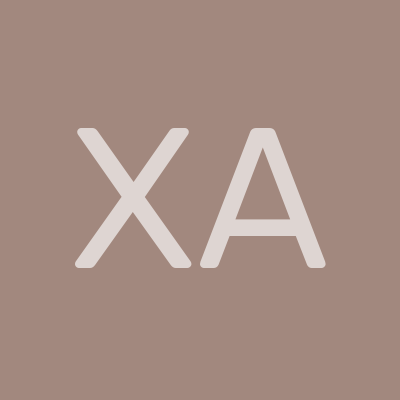 Nice story, I wonder if he find peace after revenge. Please write part 3.

You will find out when I will write the third part.

The price of impulsiveness helped him learn how to be more precautious. And that, is the reward of impulsiveness. Every action of us is just another experience and lesson.

When I was writing the story I focused on Felix's anger and pain. I guess it made me miss how Geena's death made him a more cautious person. Now you gave me an idea for part 3 which will be named "the reward of impulsiveness." So, thank you.