Submitted into Contest #88 in response to: Write about a prince or princess who is asked to give up something valuable as part of a deal to escape the world they come from.... view prompt 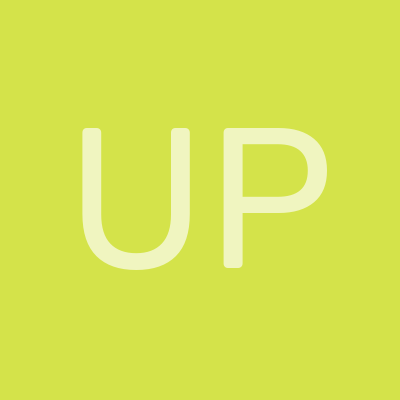 The night was growing colder and colder by the second. Princess Adelaide tightened the grip on her cloak to stop the cold night air from penetrating the bubble of warm air her body had generated inside her midnight blue velvet cloak to keep her warm. The full moon watched over her as she hurried to the Lake of Merriah where she was to meet The Messenger. It was dark, and the faint light emanating from her lantern was not helping much, but at every turn, she was glad to have the feeble wisp of light illuminate the path ahead by a mere foot.

Her feet were sore. She had been walking briskly for over an hour hoping to reach the Lake of Merriah before the first shooting star crossed the moon announcing a new season in her Kingdom. She was glad that it was the end of the Animalia Guardianship and that as of the next day, the Humanian Guardianship would begin, giving the kingdom its first of three nights of freedom this year. There was no doubt about it, had Princess Adelaide been roaming the streets during the Animalia guardianship, she would have been caught by a night bird or one of the dreadful night prowlers. Punishment was harsh in the Kingdom of Damstrough; she would have been locked up in the Tower of Nightmares for three nights in a row as they transformed her torturous screams of agony and pain into soothing music played throughout the night lulling children to sleep.

However, Princess Adelaide remained cautious as she hurried along the gravelly path leading to the Lake. This night of freedom also meant that anyone else wishing to commit a crime in the Kingdom of Damstrough would also be out, taking advantage of the few hours of freedom before the Humanian Guardianship began the next day—and criminals were far from lacking in her Kingdom!

Ever since her mother had passed away, their King, Princess Adelaide’s father had abandoned the reign of their Kingdom to her mad brother: Klaux. In a matter of years, he had transformed their once beautiful Kingdom into the abode of the damned. He had given in to the demands of neighbouring rulers and had agreed to harbour all criminals on his land, thus transforming the home of all Damstroughers into an infernal prison. In return for his cooperation, Klaux had married King Barickster’s daughter and had moved to the Kingdom of Barickster where he ran his own Kingdom’s affairs from afar, abandoning his own people and his family.

Shortly after her father’s death in the Tower of Nightmares, the Damstroughers hate for their leader Klaux deepened and Princess Adelaide being the last of the royal bloodline to still live in the Kingdom of Damstrough, was hunted down and forced to live amongst the criminals enclosed in the dungeons. She had begged and pleaded with her own people whom she still loved, despite everything they had put her through and had promised them to bring them Klaux if they freed her. At that point, the people had nothing left to lose and so they released her on the sole condition that Princess Adelaide would bring her brother back home within the next three years—where they would deal with him.

After three years, the closest Princess Adelaide had come to her brother was a visit from him while she was in the Tower of Nightmares, a punishment of one hundred days that he had inflicted upon her after having learnt how she had managed to bargain for her freedom with his people. Too weak to attempt anything then, Princess Adelaide had only managed to feebly shake her chained-up fist at him and whisper to herself that she would never give up trying. She understood why the people hated Klaux so much; he was her own blood and she would gladly feed him to the night prowlers!

However, the Damstroughers did not trust Princess Adelaide and no one wanted to help her capture her brother, they feared that she would go back on her word in the end and betray them. Bloodlines were sacred in the Kingdom of Damstrough and to the people, such links could never be severed—no matter what! Therefore, Princess Adelaide had to work alone for three years to try and capture her brother and deliver him to the Damstroughers. Klaux had banished her from the castle which he had then turned into the main watchtower over the kingdom. She had no access to weapons, and the Guardianship no longer took orders from her. After three years of serious attempts to capture her brother, Princess Adelaide was met with disappointment and would therefore have to face the wrath of the people who would most definitely kill her in the same way they had planned to kill her brother had she delivered him to them.

Princess Adelaide had lost all hope of witnessing the awakening of the new season—that is—until The Messenger came along...

Princess Adelaide’s mother used to tell her tales about the legend of The Messenger. She had never believed in these tales until a few nights ago. It was said that The Messenger would only show up in the Kingdom of Damstrough once every century. He would come only to help a true Damstrougher through their ordeal by offering them a pact. Some said The Messenger was the devil itself and that such a being should not be trusted, while others thought of it as a blessing from the Heavens, but most people did not believe it to be true. Whatever Princess Adelaide used to believe was no longer relevant since The Messenger had called out to her and had offered her a deal; she was to give up her most valuable possession to escape this world, and thus escape whatever the Damstroughers had in store for when she showed up empty-handed.

The princess had asked from some time to reflect upon this proposal and The Messenger had surprisingly agreed, giving her three full moons to make up her mind; she was to meet him at the Lake of Merriah before the first shooting star crossed the moon announcing the new season in the Kingdom of Damstrough. The messenger had not given her any details on where she was going to escape to, nor did she know what she was going to have to give up—she just had to agree to the terms or not. Princess Adelaide had weighed her options carefully before making her choice that day. In truth, she had nothing left to lose, and she could not imagine anywhere else which could be worse than here. Soon enough she would be on the run from the Damstroughers again and her brother would never take her in as a refugee. In spite of her vigorous physical training, the roads beyond their small kingdom was perilous and many failed to survive the treacherous roads, she could not see how she would be an exception to this.

The choice was actually quite simple to make, and so she reached the crimson red flaming Lake of Merriah where most criminals ended their journeys due to her mad brother’s dictatorial rules. Princess Adelaide’s eyes scoured her surroundings, even the burning fire was not sufficient to drive away the darkness that surrounded this area of the Kingdom. As a child, she had been taught never to wander off to the Lake, for when it got hungry it would cast chains of fire around the area, drawing in all souls to feed on. Sadly enough, this was not Princess Adelaide’s first time here, and she felt the evil power trying to latch on to something dark inside of her, drawing her in, but she quickly broke out of the trance it had put her in, for she had more pressing issues to take care of.

In the darkness beyond the Lake, she suddenly saw a darker shadow making its way towards her. As it passed the all-powerful Lake of Merriah, the wicked red fire softened and its angry waves seemed to calm down. Princess Adelaide frowned; she had never heard of such a phenomenon. As the shadow came nearer to her, she recognised the hooded figure, whose face she had not seen the first time, as being The Messenger, come to deliver her from this world of suffering. The hooded figure whispered to her to come closer, it was a whisper that filled her head and not her ears, but despite the peculiarity of the situation and the fear coursing through her body, she obeyed. Princess Adelaide’s mere presence at the Lake indicated that she was ready to make the deal it had offered. It did not seem as though she could go back on her decision either.

The hooded figure lifted its arms and whispered for her to join it. All of a sudden, images of the past three days as Princess Adelaide was making her decision came flooding back to her, all the reasons pushing her to this exact moment played in her mind like a familiar melody, and gradually she grew comfortable with the decision she had taken to flee the Kingdom of Damstrough and her brother, Klaux. Wherever she would end up no longer mattered and whatever she had to give up no longer mattered either, she was going to leave this god-forsaken place for good to make a life for herself. She did not realise it, but as she came to terms with her decision, her legs carried her towards the Messenger and she took his hands willingly, giving in to him...

Thanks for picking the title Martine Yang

This is so atmospheric! I love your turn of phrase. From near the beginning with "before the first shooting star crossed the moon announcing a new season in her Kingdom." right to the end with things like "a whisper that filled her head and not her ears". I really enjoyed the read. Thank you.

Thank you so much for reading my submission and for your precious comment!