Submitted into Contest #16 in response to: Write a story about a character on a quest, trying to "prove themselves."... view prompt 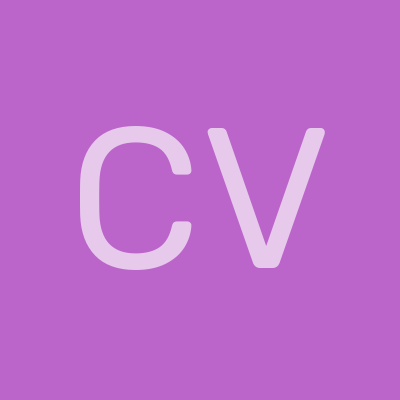 Genni had made a promise, and she never broke a promise.

Raven, her father, had told her that his word was the most valuable thing he owned. Genni was a toddler at the time, and took it to mean that a good word would help their family have money to eat. She had promised her father that her word would be golden. That promise was never broken.

Her brother had lent her his jacket when it had gotten unnaturally cold one day, and Genni had promised to return it without a single stain. She had gone to great lengths to keep it that way, always taking the driest path and never cutting across country on her way to the town. A person had bumped into her, and Genni checked the jacked three times over to ensure no mark had been left. She returned as soon as she came home, and would not listen to her brothers insisting that he would rather a stain then having to wait so long for her to come back with the groceries.

When the royal knights came with strange looks in their eyes, Genni’s mother had made the child promise to run. All the way to the mountain village in the south. Her mother made her promise that she wouldn’t stop until she had finished the four hour journey. So even when her home went up in flames, Genni kept running. When she heard her mother's screams, she kept running. Across fields and along rivers, through dense woods and steep hills, she ran. The dark forests and the trees in the mist frightened her, but she went on. Genni traversed huge fields of oats and barley, too determined to take a break in their shade. She was a good runner, she could go for hours if she jogged, but watching her home up in flames had left her burnt out before she even began. Still, she ran.

Genni had promised herself that she would be brave, that she would not look back and would not cry. Not until she arrived at the mountain village. Visions of smoking homes made her sight blurry, but Genni kept running. The screams of her mother made her deaf to the world, but she did not cry.

Genni had made a promise, and she never broke a promise.

The trees blurred together into a labyrinth of distorted light, a fuzzy feeling permeated Genni’s head, she kept running. She ran until a tree materialized before her and she ran into it. When the world went black, Genni’s mind screamed to run.

Light returned soon, and she squinted into the afternoon light that was poking through the trees at her. For a moment she was confused, then she remembered the fire, and her parents. She had broken her promise to her mother. Now, she was lost in the woods, with no one around, and a heavy heart pinning her to the ground.

The trees didn’t not comfort her, why should they? She and her word were worth nothing. She wasn’t strong, she wasn’t brave, and she couldn’t even run away. No wonder she couldn’t help her family. Genni didn’t know what had happened to them, but it was nothing good. And she hadn’t tried to help them. She couldn’t help, she couldn’t keep a promise, but she sure could cry.

Not a sound escaped her lips as Genni watered the earth before her with warm tears. There were no words left to say. Amber leaves fell quietly beside her, glowing in the afternoon light. The day didn’t care for her sorrows, it would continue its joyful song of birds, and falling leaves, and the whisper of the breeze. Why should the day care?

The sun had set the entire sky aflame in red and orange by the time Genni ceased her crying. What was she to do now? She was lost and tired, the sun would set soon. Genni was so drained from her crying that the child paid no mind to anything but stumbling towards a large bush. Crawling through a little hole, she found a soft spot on the earth, and fell instantly asleep. Perhaps the day didn’t care for her, but once the sun set, the nighttime stars watched over the shivering child.

Warmth and blue light radiated from the figure holding Genni close. Long locks of sparkling hair the color of the night sky filled the young girl’s vision. Genni did not question the kindness of the stranger, but felt her worries ease as she fell into the embrace. The stranger turned to face them, their eyes glimmering with all the star’s light.

“My child, why do you weep?” Said the spirit of the sky.

Genni sniffled. “I-I promised her I would…a-and I couldn’t do it! I broke it. I broke my p-promise.” A luminous hand wiped the tears from her eyes.

“Little one, your mother knows you did your best. If she was here, she would be so proud.” The spirit’s voice was cool like the night, but strong and safe. Their words however, brought Genni memories of smoke and screams. “You are safe.” Her new guardian assured.

Genni shook her head. “Momma isn’t here, I should have tried to help her, but I didn’t, and I failed. Maybe she’s already gone. Papa too.” She choked on the last word.

“You have not failed.” They assured.

“But I didn’t make it to the village...I couldn’t do it.” Genni lamented.

The spirit pulled away from her and put their hands on the girl’s shoulders.

“You have only failed when you stop trying. You broke your promise, but you can make a new one, and try again.” They said.

The world around her started to fade as the spirit said, “My child, I have always been here to guide you.”

When Genni woke, it was still dark, but she was not tired. A new strength seemed to fill her spirit. She made a new promise.

“I promise not to quit until I find the village, mommy.” She whispered.

Outside the bush shelter she had slept in, the stars were shining in the clear night sky. Constellations littered the sea of darkness. A memory surfaced in Genni’s mind that brought a smile to her face.

The darkness frightened her, each night she feared being alone in the suffocating black. But tonight, her papa had a gift for her. He was carrying her on his shoulders somewhere.

“Open your eyes, Gennidád.” Her papa said, calling her by her full name.

When her eyes opened, Genni nearly fell off her papa. The sky was pelted with grains of silver. Her papa told her they were stars.

“If you ever lose your way, find the king’s spoon, the handle is always north.” Papa had said, pointing out the ladle-like constellation. “You don’t have to be afraid of the dark, the stars will watch over you.”

Genni searched for the king’s spoon between the trees. It was difficult, but she was determined. When she found it quite impossible to search for constellations behind the red and golden leaves, she headed to a clearing. The wind brought a chill beyond the protection of the trees, however she soon found the handle of the spoon. The village was to the south, so Genni only had to turn around and head on her way.

She didn’t account for how tired she still was. The hard forest floor had not helped in that respect. There was still no path, so she stumbled through the undergrowth. Cuts began to litter her ankles, but she pressed on. Taking breaks every half hour or so, Genni neared the mountain. Stars watched her trek, and continued to guide her.

Once she found the path, Genni thanked the sky spirit and her father, and kept going. The sun was rising now, and the golden leaves sparkled with frost at her feet. Her toes were numb from the cold, but still she continued on. She was close, she knew it. One cut in particular from the many sharp branches continued to bleed. There was a trail of red behind Genni, but she didn’t stop to tend to the cut. It was small, and she had to keep going.

Her legs screamed in protest as she moved. The path ran through a ravine, so she leaned against the steep slopes of stone. Hours of walking left her weak, but she knew that safety was somewhere close. When the sun emerged from the horizon, Genni decided to rest for a moment. Finding a spot not too visible from the road, she sat down. In moments she was asleep.

“Hey, you’re not dead, are you?” Said a voice like sandpaper. Blinking her eyes open, she stared at a face seemingly carved from a dark oak tree and covered in wax. Lines on his face appeared etched into the dark figures complexion.

“I asked, are you alright?” He queried. Genni nodded and stood up. It was nearing midday, she hadn’t meant to sleep so long. She headed off to the village.

“Excuse me, why is a child such as yourself alone on the road? It’s dangerous and bloody cold.” He said. She explained that she was from Harlan, and was going to the mountain village. She didn’t mention the royal soldiers, but said her house caught flame and she was told to flee. She shouldn’t have been so trusting, but part of her wanted someone to know.

“All the way from Harlan! You are something special, a brave lass.” The Old Man smiled.

“I’m not very brave, the woods were scary…” Genni argued.

“Ah, but you traveled them nonetheless!” His tone detailed that there would be no further discussion of it. Nodding, Genni turned.

She started walking up the road, when she felt one of her cuts flood with pain. A cut on her calf had white stuff coming out, it didn’t look good.

“That looks to be an infection, you ought to be careful with those.” Said the man. He thought a moment, then said, “Perhaps we can be of help to each other. I can carry you on my back to the village, and you can tell me of your adventure.” Kindness shone in his piercing brown eyes.

Genni didn’t want to trust the stranger, but her cut stung bad, and she couldn’t walk there herself. Hesitantly, she came over to him. “Okay.”

Only when she was on the back of the old man did she realize that he might not be able to carry her. However, the man lifted her with ease, and to her surprise, started off at a quick trot.

Noticing her reaction, the man explained. “I was once a young lad myself, had my own adventures and such. Now, I spend my days bringing grain to the capital, and listen to the stories of young adventurers like you. Now, how about that story of yours?”

As Genni relayed the trek through fields and woods and ravines, the man would ask questions and comment on her courage. The things she saw as weakness he saw as strength. Riding down the road on the back of a new friend, Genni began to believe everything would be okay; when they reached the village, that belief became a promise. 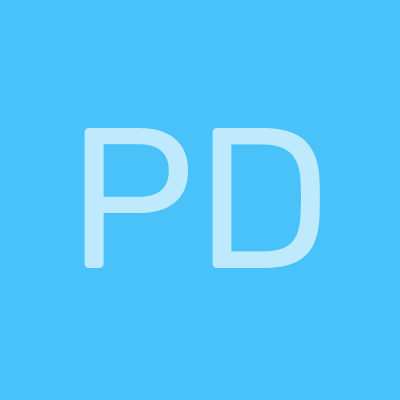