Submitted into Contest #102 in response to: Write about a mysterious figure in one’s neighborhood.... view prompt

The smell of burnt shortbread brimmed the household.

"Dang it!" Mom yelled, mopping her sticky hands over some linen cloth, and unlatched the oven door.

Smoke billowed out of the gaps revealing a black, crusty bread on the tray.

"It's the fourth time, Mom. Need some help?" Tyson sighed.

After three more tries, lemon custard on shortbread crust sat proudly on the dinner table. Mom slashed four large squares of the pastry and divided it into a container. She slumped against the bamboo chair, exhausted.

"Hon, get me the aspirin pills from the cupboard please." Mom closed her eyes and stroked her forehead.

Tyson eyed the container. "Who are those for?"

Mom looked up gently. "Oh, those are for Mrs. Dahlia."

"I could give them to her if you wanted." Tyson shrugged, "I need to pick up my basketball from the shop too,"

Mom opened her eyes, grateful. "Thanks, honey. It's - it's been hard since he left, and - I know, it's been hard on you too, but you've just got to bear with me. These headaches are getting worse." she scrunched up her forehead.

"Don't, mom. We should probably get a doctor to look at it soon," Tyson mumbled, staring at his feet.

"Nah, it's probably migraines, now get those to Mrs. Dahlia, before they get cold." Mom forced a weak smile, as she closed her eyes.

Tyson pulled on his sneakers and headed out next door. He yanked the doorbell. No one answered it.

"Uh, hello? Mrs. Dahlia? I've come to give you some lemon shortbread bars."

He forced open the door, bewildered, as he looked around. Then it happened. His eyes wandered down to the floor, on the sticky pool of red liquid he had just stepped into.

Tyson yelled, panting as he shoved his own door open. Mom opened his eyes, wide in shock. "Tyson, Tyson. What happened? Oh god, the headache's coming again." she muttered, screwing her eyes.

"I don't know, I honestly don't," Tyson muttered, punching some numbers over his phone.

Officer Sturgis eyed the body curiously. A group of paramedics heaved her body onto a stretcher. A doctor in a starch white uniform pressed the monitor firmly across her chest.

"Dead. She's well dead, officer. This would have probably happened a day ago. The blood isn't bright red, which could indicate she was killed a couple of days ago. Yesterday, by the looks of it."

"Does she have a husband, or a distant relative, perhaps?"

Tyson stared at the blood. "I think a husband, but I'm not sure where he is...he's probably somewhere out, or maybe hasn't even realized."

Mom whimpered and balled her fists anxiously. "Listen, Officer. Would you think - maybe she was poisoned or she killed herself on her own account, perhaps?"

"You mean she committed suicide? No, no - you see the dagger pierced in her chest? We've checked her fingerprints and the one on the dagger. They do not match. The murderer was careless, perhaps, but one cannot tell a murderer based on his/her's fingerprints. The whorl fingerprint is common."

"Well, Mrs. Quill, do you recall anyone suspicious - or unfamiliar coming into the neighborhood yesterday?"

"As far as I remember - no. I took a nap, yesterday sir - my headaches were getting worse - "

"Right, well - we'll take occasional pop-ins, but we're not certain. Do you have any way to contact her husband -?"

Tyson shrugged. "I didn't expect to find a dead Mrs. Dahlia, mom. Besides, I think I did hear of a stranger entering our neighborhood, but I'm not sure who."

He frowned, trying to remember... 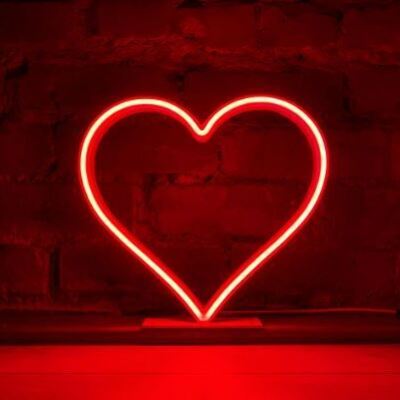 Wow, really great story! I really want to know what happens next. Will there be a Part 3 coming? :D