The most common question.

Submitted into Contest #32 in response to: Write about two people in a relationship. One of them has special powers, the other does not. ... view prompt

I felt the key pressing into the palm of my hand and I smiled. The house before me was a two-storey terraced house across from an oval in Clifton Hill. It looked small but inviting. Part of that might have been the key in my hand.

“I want you to feel at home here,” Ted had told me as he handed it to me over breakfast. “And if you want to move in, well, that would be fine too.” He’d blushed through his beard and I’d held his hand and grinned like a kid.

It wasn’t a new relationship, but it felt like it was going somewhere. We’d met at the end of summer, up in Sydney at the Mardi Gras. I was wearing gold spandex and a bowtie and liberal quantities of body oil. He was wearing a string vest that showed off his exquisite fuzz. We came with partners and left with each other. I was new to the scene, but I had embraced my role as twink, and was loving the attention. But from the time I met Ted, I had eyes only for his huge, furry body.

And now he wanted me to move in!

I walked up the stairs to the front door, turned and looked around. There was a nice view. The neighbours were mostly quiet, and it was an easy walk to Clifton Hill station. I nodded. It was an upgrade from my North Melbourne boxroom.

I placed the key in the lock.

“Ted?” I called, opening the door. It was cool inside. I was always surprised by how spacious it was inside compared to the small frontage of the place. We called it the TARDIS. Bigger on the inside. I’d been here a lot over the past few months. But this time I was letting myself in.

“Ted?” His car was outside. Of course, he might have gone somewhere on the train, or walked up to the convenience store. But I didn’t think so. I could feel him in the space.

I wandered into the kitchen. Yup. There was half a sandwich here. And he would never leave half a sandwich lying around. I was the messy one. For a man who was built and furred like a yeti, he was remarkably fastidious about his apartment.

I made my way up the stairs, calling his name again. Sure, he gave me a key, but announcing yourself is always a good idea. I wasn’t confident enough in this relationship to be sure that there wasn’t somebody else up in the bedroom.

But no. I pushed the door open gently and peered inside. Another empty, very tidy room. I flung myself on the bed with a huge grin, thinking of his grimace at the mussed doona cover. I lay there, looking at the ceiling, enjoying the feeling of being in his room, even in his absence.

Lying there, I could hear the distant sounds of cars driving along Punt Road. I heard a couple of kids playing football on the oval.

I heard a creek, trickling merrily along its bed in the undergrowth.

I jerked myself up to rest on my elbows. There wasn’t a creek in the area. I listened. That was definitely the sound of naturally running water. Birds sang in the trees, which rustled in a wind that wasn’t there. It was coming from downstairs, from the direction of the bathroom.

Now, Ted and I had been together for six months. And I had never been into his bathroom. The en suite, many times. Most of the time we spent together was in his bedroom. But I had never had a reason to go to the bathroom downstairs, and I realised with a start that I had never even looked inside.

Who knew? Maybe it had a water feature. Maybe he was taking a bath, and just didn’t hear me when I called out.

I rolled off the bed and came back down the stairs. How had I missed this sound? There was the definite ambience of nature coming from the bathroom. I was going to call out again, but decided that if he hadn’t heard me the first few times, he wasn’t going to hear me this time.

And anyway, I might catch him in the bath.

The bathroom door was open. A cool breeze wafted out. I pushed the door open and then stopped to stare.

Instead of a pristine, white bathroom, with toilet and deep bath, there was a forest.

It was a beautiful, old forest from a moderate climate. Pine needles littered the floor, along with moss and rocks. The creek that I had heard from upstairs whispered by to my right. I looked down. The door rested in the air, about a step’s height from the forest floor. I stepped down into the forest, turned and looked back.

“Huh,” I said. And stepped back into the apartment.

I ate the rest of Ted’s sandwich and sat on the couch. Soon, there was the approaching sound of feet crunching on pine needles. Ted stepped out of the bathroom door carrying a newspaper under his arm and drying his hands on his pants. He caught sight of me and his face broke into a smile.

“Well, there’s a sight for sore eyes!” he said, dropping the paper on the kitchen bench and wandering over to give me a huge hug. “I guess this means the key works?”

“It does,” I said, kissing his ear. I looked over his shoulder at the bathroom. “Uh, two things.”

“Mm?” he asked, flopping down beside me on the couch.

“One: I ate the rest of your sandwich.” Ted looked over at the bench and smirked. “And two: a magic door?”

“I thought you would never ask. I have had that portal in there for months and you have never noticed. I did it for a joke, but now I’m kinda used to it.”

“Well, yeah,” he said. “You know. Everybody asks the question, and I wanted to be able to answer it for them.”

Ted sighed. “I thought you’d get it by now. What’s the question everybody asks about me?”

I stared at him. He tweaked his chest hair and blew me a kiss. And I got it. I groaned.

“Does a bear shit in the woods?”

“I knew there was a reason I asked you to move in.” 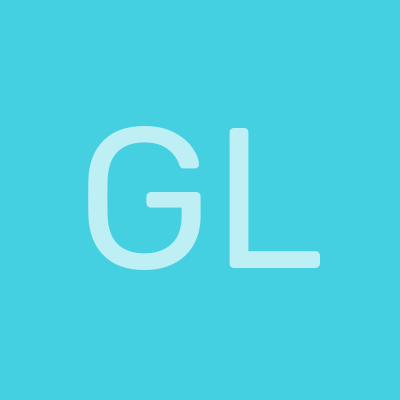