The Room of Circles

Submitted into Contest #38 in response to: Write a story about someone who finds a magical portal in their home. ... view prompt

The groans emitted from the old chair as though I was destroying it rather than just sitting. It would be time soon, but not necessarily yet and all these uncertainties weighed my head down like it was filled with water.

The sea was striped with moonlight and a sweet smell was rising in the air, yet it made me feel sick. The tangerine tree sat primly on top of its flowered thrown, shadowing the hillside with its large leaves. I gripped the chair harder, ignoring the protesting squeaks, and, using my middle and thumb, I cautiously pulled the watch from my pocket. Its bronze shimmered and boldly stood out against the natural beauty surrounding me.

The seconds had already flown by and no matter how I wanted to deny it, it was time now. My fingers curled around the chairs, like spiders that didn’t want to get washed away. I heightened my mask, pulling it over my nose and tied my honeycomb hair into a feverish knot that was supposed to be a bun.

“Whatever, it’s not like I have to look sexy while I’m doing this.” The sentence flowed under my breath and I shook my head.

No more talking. You’re not an amateur anymore.

The door opened quietly, and in an instant, I was one with the darkness. It flowed around me like an elegant evening gown that I draped over my body, it was an eager puppy that nipped at my boots, it was a thunderstorm and I was the power outage that trailed after. I grabbed whatever was in reach, whatever was the quietest, whatever called my name in a wry voice.

It wasn’t my home but then again, wasn’t home wherever you fantasized? Wherever you felt safe and warm inside? My hands found their way to an oak wood dresser in which I pulled open, and to my delight, it was filled with jewels and garments of all extravagant sorts. My knapsack was beginning to feel heavy and I kneeled on the ground before inspecting my finds. I pulled my mask down to release a breath it felt like I had been holding in ever since I arrived at this building, these walls, which were filled with nothing but corruption and wealth.

A light padding echoed from above me and I glanced up to see an animal starting down the stairs. The hound raised its head to the air and sniffed loudly, savoring the smell of my sweat and leather, before placing his nose to the ground and beginning to come in my direction. My eyes widened and I slinked into the kitchen, which I hadn't finished doing my business in yet. I grabbed some stuff, junk, clutter, whatever they called it, and shoved it into the overflowing bag.

Next time, I’ll bring more bags I thought grimly as I pulled my lips into a thin line. I glanced up and noticed a door with elaborate yet fading marks etched into the frame. I slung the bag over my shoulder and wrapped my hands around the doorknob. The hound had entered the kitchen and raised his head to gaze at me before pulling back his lips in a snarl.

I let out a raspy cough before pulling on the glossy knob and scuttling into the closet. My breaths came out in short pants, seemingly imitating the dog from behind the door. Instead of barking and ending me at the heels of his master, he whimpered, and I heard him scamper away from the door. I cocked my head slightly but let a smile dawn my face. I was safe.

Mama had always said I was a wild girl, a naughty one at that but as I saw myself, I was nothing but a frolicsome little goat who had broken loose. This thought embraced me as I dug around in my bag to admire the loot, I had snatched but left a prickled feeling when it pulled away. I sighed and leaned back. To my shock, the back hit the hard ground and I let out a slight grunt.

What a sickly feeling. When there is no step under my feet and no wall behind my back. I rose and squinted against the darkness. The realization was dawning on me that this was not a closet. The room was large, very large, and I was encased in the center of this room with no furniture, no carpet, and no nothing. It was simply a clean slate, a blank canvas, a snowy day. The long walls formed a perfect circle which I slid my hand on as I walked around the room. Plaster that was chipping from the roof sprinkled onto my nose, giving me white freckles and a faint glimmer from the corner of the room caught my eye. I softly placed my bag onto the ground and ignored some of the loot spilling out onto the gleaming ground.

My curiosity of nature took over and I extended my long finger to poke at the shimmering corner. I blinked, just for a moment, and when my eyes reopened the room had been transformed into an elegant ballroom, with only a man sitting in the middle. He seemed to be in a state of certain distress as he placed his hands on his knees and laid his head in his sweaty palms.  I took no notice as my eyes soaked in the valuables that lay around the room. My hands jittered and I blinked again. The same lavish scene was still there.

“I have a story to tell you.” I froze at the voice, forgetting that I was supposed to be a servant of night, a spokesman for the lowly, a committee of crimes, a robber. Not a girl standing out in the open with a grin on her face.

I hunched low and crept to a corner of the room.

“What is this place?” I quietly asked the obvious. The man glanced up in surprise.

“You do not know?” I shook my head and grimaced at his pained look that he cast my way. He stroked his thick beard and leaned back in his chair.

“Well, I suppose if it had a name, it would be the name of circles. It transports you to where you need to go. Why are you here, little one?” I rose slowly and began to move around the polished room, picking objects up and putting them down again. The bearded man ignored me and continued speaking.

“You entered a room, a gateway disguised as a room, let me be frank, and your heart needed you to come here.” The man's eyes were kindled with enthusiasm, just as mine were. I turned to face the bearded man.

“Of course, my heart brought me here! This room is filled with so much stuff of the rich that I wouldn’t have to steal anymore for as long as I live!” I let out the giddiest giggle and gave a quick twirl. My eyes fall on the man’s face, a mysterious laugh playing around his lips, and the atmosphere grows heavy as lead when I have another realization.

“This house belongs to you. I was stealing from you.” My hand starts to shake because I’ve never been caught before.

“Yes, you fell into my portal, my gateway, that is for me and only me. It was a gift.” The bearded mans’ eyes get a faraway dreamy look as if the memory he’s recalling is hovering behind my head.

“I still don’t understand what the point of the portal is.” The man stands and comes toward me. I flinch with every step he makes. He leans in and his warm breath makes my cheeks grow hot.

“The point of the portal is to start anew.” He offers me his hand which I grasp, and he pulls me to my feet. I hadn't even realized that I had fallen. His words cascade through me, like a harsh waterfall that intends to drown me.

“What will you do now that the portal has given you a chance?”

The twistttt! The twist was absolutely amazing! The door opened quietly, and in an instant, I was one with the darkness. It flowed around me like an elegant evening gown that I draped over my body, it was an eager puppy that nipped at my boots, it was a thunderstorm and I was the power outage that trailed after. (But like lets talk about how amazing this sentence is) Also, I have noticed a common theme of transcendentalism, animals, and COVID. That's an interesting combination.

Awesome story Izzie Q. I enjoyed it. As I read, I was surprised at the ending. It was not what I thought! Nice twist! 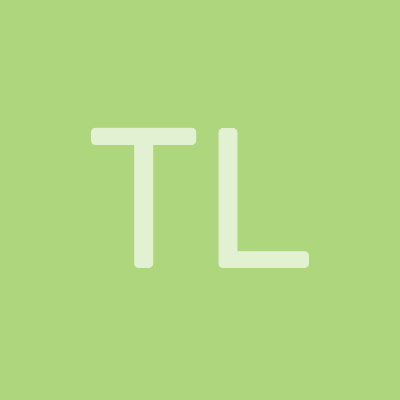 Thanks everyone for the cute supporting comments! It means a lot.