Submitted into Contest #48 in response to: Write about someone who has a superpower.... view prompt

Sophie has purple juice stains around her mouth and on her hands. Jack is trying to fill up his tub with the ripe blackberries. We're also finding windfall apples here and there amongst the trees.

I tell the children not to wander out of sight. There are marshy places in the ground and I don't want any accidents.

“This is a good place though, isn't it mummy.” says Sophie.

“I found a worm.” says Jack. He wiggles it in Sophie's face and she squeals.

“Worms are good.” I say. “They help churn up the earth and make good compost for things to grow.”

“Like these berries” says Jack. He drops the worm in Sophie's tub and she drops it and backs away.

“Why?” he says and I reply “You know why.” He pulls a face and looks at the ground. “I'm bored” he says and starts to run off.

If Jack's getting stroppy I'd rather get him home where I can send him to bed. He's tired anyway.

Sophie takes my hand and we head back to the car. By the time we get home, Sophie has already fallen asleep so I wipe her face and hands gently with a warm wet cloth, peel off her dress and tuck her into bed.

Jack is looking at the worm which he has brought home with him.

“Get that thing off the counter.” I say. “Put it out in the garden where it can do some good.”

He's pleased to go back outside and runs around the garden, yelling, the worm dangling from his hand. Eventually he throws it into the tortoise run and comes back inside.

I give him some squash and tell him to go and have a bath, which he's happy to do. I hear him splashing with his toy octopus.

He comes into the kitchen, dripping. I am chopping apples and rinsing blackberries. I stop and help him get dry and dressed in his pyjamas.

“Do you think my worm is making nice healthy soil now?” he says.

I sit with him on the sofa and begin to tell him about the area where we were picking fruit today.

“Do you know there used to be a house there?” I ask.

“Hang on” I say. “It gets interesting, I promise. You see, people say that the house was a big one that belonged to a rich family. And they say”, I keep my voice full of suspense, “that they had a crazy old lady who they kept in the basement of the house. No-one knew who she was. The family kept her a secret.”

Jack is hooked now. He likes secrets and his eyes widen.

I carry on. “It's said that the old lady believed that she could turn herself into different animals.”

“Yes.” I say. “But the family thought that if people met her, they would think the whole family must be as mad as the old lady, so they kept her shut away so that she couldn't talk to anyone.

She stayed on her own in the basement, unable to get out by herself, and just yelled at them every time they went to give her food. She had no way to keep clean and nothing to do. It must have been an awful life. Well, when the family moved away, nobody knew about the old lady.

Eventually, the big house got turned into flats, and people moved in. But nobody moved into the basement – that was left alone.”

“Was the old lady there?” asks Jack.

“Nobody knows.” I say. “But the story goes that there was an open window in the basement, and every now and again people around the neighbourhood complained about the bad smell in the air. They wanted the people in the flats to investigate the cause, because it seemed to come from the basement...”

“Either she died” says Jack “or else she was still locked up in there. But she can't have been alive still” he says, “because no-one was taking her food any more.”

“Well that's where it gets even more interesting.” I say. “Because the people in the flats were only renting from landlords. And the landlords paid an agency to look after the flats. But the agency were only interested in taking the rent money so that they could get paid, and they were no good at maintaining the flats.”

“Maintaining.” I say. “It means keeping them nice and safe to live in.”

“So the investigation didn't happen. But the people in the flats sometimes heard noises in the basement. And someone said they saw something go in and out of the open window.”

“Maybe the old lady changed herself into an animal!” says Jack, nearly bouncing me off the sofa in his excitement.

“I think she changed into a dinosaur!” he says, and starts stomping and roaring around the room.

“Calm down” I say. “Think – how could a dinosaur get in and out of a window? No, the story goes that she had changed herself into a duck. And that she flew in and out of the window, finding worms outside, but always returning to the house to stay safe from other animals like foxes. But of course at the time nobody would have believed that. Everyone just carried on and nobody thought much about anyone else. The flats got into such a bad state that the tenants (that's the people who lived there) moved out and the landlords couldn't get anyone else to move in. So they sold them to somebody who pulled them down and turned the land into a nature reserve. So that's why we can now go and find apples and blackberries there.”

“And worms” says Jack. “Do you think there are any ducks there, who like eating the worms?”

“I think it's quite possible.” I say. “And who knows if perhaps one of them might really be that old lady living there still.”

A nice gentle story to lull the kids to sleep at night.

Thank you Len :D I did feel I had left it a little unfinished. After I had submitted it I thought about how maybe I could have closed it with the child falling asleep and the mother flying out of the window.... but in a way it's good that I left it open. People can wonder... I do like the challenge of the time limit to getting a story done from inspiration to submission. 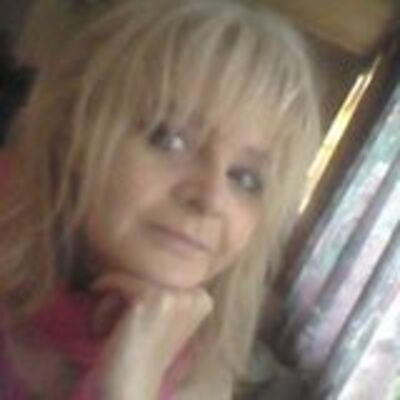 Hi, this story kept me interested, I read your reply to Len about : After I had submitted it I thought about how maybe I could have closed it with the child falling asleep and the mother flying out of the window.... that would have been an interesting ending too, the one you did write , still left room for each reader to wonder any possibility . Very enjoyable.

Thank you Rhonda, I'm glad you enjoyed it :)