Memories at the Diner

This was the place. It looked the same as I remembered, slightly deteriorated with time but I knew what it was, even in the dark. The Diner. I parked my new GMC Terrain in a faded parking spot facing the road and climbed out of the car. My eyes gazed across the lot of few vehicles, all the way to the forest lurking behind the building. The trees frightened me, but tonight they were going to protect me.

My feet carried me to the front doors of the diner. The inside had not changed either, just withered pieces of what it used to be. An older woman with long graying black hair tied half up greeted me from behind the beige countertop.

“Hello. Have a seat, I’ll be right with you.” I nodded and took a booth.

There were three other tables occupied and one gentleman at the counter. No one seemed interested in me, and I didn’t recognize anyone. I must have seemed like I knew where I was headed.

My booth was a teal vinyl seat with a dark brown wooden tabletop. The salt and pepper shakers were neatly placed on either side of a chrome napkin holder. My memories flashed to a time My friends and I were here, James picked up the saltshaker and tossed a few grains over his shoulder for “good luck”, he had always been superstitious and thought little things like this would boost his luck. This time though, while tossing the salt he got some in the eyes of a kid that was peaking over into our booth from behind and made him cry. We all freaked out and the kids’ parents were angry. James struggled to explain what he was doing and when he finally did the parents looked at him like he was insane. They grabbed their kid and went to another booth further away from us. We had all laughed at the situation as James sunk in his seat from embarrassment.

“Alright, here ya go. My name is Maggie, what can I get you to drink?” The waitress pulled me out of my thoughts as she placed a menu on the table in front of me. I stared down at it like it was a foreign object before getting my head on straight.

“Just an orange juice, no pulp, please.” Maggie nodded with a quick “I’ll be back” and spun around back to the counter.

She didn’t recognize me. I’d expected her to since I hadn’t changed that much in the seven years since I’d been here. I glanced out the window before shrugging my shoulders and opening the menu. This was pointless, I was going to get the same thing I always ordered but even then, I would look at the menu wanting to try something new and, in the end, decided on the same thing every time.

“Here’s that orange juice, you ready to order or are you waiting on someone?” Maggie inquired.

“I’ll wait a little. Thank you.” Another nod then Maggie was off.

When my eyes met the glass cylinder of juice another memory burst into sight. This time it was when Rosanna had sprayed juice out of her nose. James and Andrew been tossing mini-M&Ms in the air to see who could catch the most in their mouths. Andrew overestimated where this one would land, and it fell above his top lip. In a panic he inhaled the M&M, and it went into his nose. Rosanna had been drinking her juice threw a straw as she watched this, the panicked look on Andrew’s face made her laugh, causing her to inhale her juice. It went up and came out of her nose. We all laughed at her before helping to get her cleaned up.

Ten minutes went by, I decided to order the next time Maggie looked my way. I called her over and asked for the Royale, a bacon cheeseburger with a fried egg on top and fries. No vegetables. She topped off my juice, looked out the window where my eyes seemed to wonder every now and then, and left.

My eyes caught a glimpse of divots in the tabletop when Maggie took the menu. They were in a pattern of four of varying ages. Someone had gone over them multiple times practicing, “The Knife Game.” Once again, a memory sparked across my eyes, we all sat at the table and Andrew was showing us a new talent he discovered. He pulled out a small pocketknife from his jeans and exposed the blade. This was nothing new to us. He then began to play “The Knife Game” he was good at it even though he went kind of slow. We urged him to go faster, he slowly picked up speed and in a moment of being haughty, he missed and hit the side of his middle finger. Andrew screamed out curses as we tried to cover his hand with napkins. After a few minutes he removed the bandages only to reveal a barely visible grave. We then began to tease him about being dramatic.

As I cleared my head of this memory, I turned back to look out the window. A car pulled into the parking lot. It was dark so I could only see the headlights. Whoever it was parked near my car, I watched to make sure they didn’t hit it but also wanted to see who the driver was. It had been six years; I didn’t know who drove what anymore. The car lights turned off and I could make out the figure of someone walking but couldn’t see their face until they stepped inside the diner.

The man was tall. he had styled short brown hair with a mature face and a leather jacket. He had changed but I recognized him. Instead of looking around to scan the room he went straight for a stool at the counter. The man pulled up his jacket sleeve to look at his watch as Maggie approached. She greeted him as she did me and left to get his drink. Soon after she set a glass of soda in front of him. Another pair of headlights shined through the diner windows. From experience I knew I wasn’t going to be able to see who it was, the newest customer didn’t know that and turned to get a look. He shifted to look over his right shoulder, opposite of where I sat then turned back around realizing there was no view.

All too quickly the doors opened, and a couple stumbled in giggling. Their arms were latched together as they looked around the diner. Before they could sit down a gasp came from behind the counter. Maggie’s right hand clenched the material of her uniform over her chest as he left gripped the door frame she entered through.

“My heavens, you’re all here.” Her eyes shot to me, “You.” the three newest customers followed her gaze. Their eyes widened, “and you” Maggie breathed. Our eyes shifted to the man in the leather jacket at the counter, he turned slightly to look at the couple behind him. “Why have you all come back?”

Andrew pulled a new fixed-blade knife from the inside of his jacket.

“To finish what we started.” 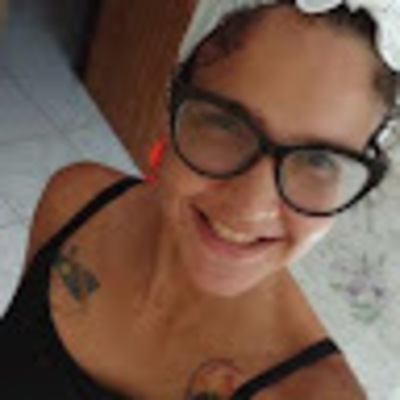 Hi, my name is Jenyffer. I'm from Brazil, I just would like to say I really liked your story. Thank you so much for this.