Hang Ups (And Please Be Patient, I'll Get to the Story in a Minute)

Have you ever played the word game called “Hangman?” To be honest, I don’t really care one way or the other if you have or you haven’t. It’s just that if you ever do play it, and you really want to stump the person you’re playing against, give them the word “phlegm.” You’ll win every time.

“Phlegm” . . . and “mucus”—that’s another good one. Or you could try “mucous,” which is how you spell the word when it is an adjective instead of a noun. But wait, now that I think of it, most bodily fluid-type words would work . . .

Thinking of bodily fluids reminds me of the man with an enlarged prostate who, as you might expect, was greatly “relieved” when he got to the men’s room before his bladder exploded. The man in the stall next to him summarized the moment perfectly when he whispered, “Urine luck.”

But as I was saying, if the words “amniotic” or “vitreous” don’t float your boat, you can always try “leucocyte” or “hemoglobin.” Although, now that I think about it, “leucocytes” aren’t actually fluids, but . . . well . . . whatever they are, you can’t live without them.

Which leads me to the story you were expecting to start four paragraphs ago—a story that’s all about hang-ups—like when somebody phones you and you don’t want to talk to them so, instead of saying, “Hello,” or “Who are you and why are you calling me?” you simply hang up without saying anything.

Nowadays, however, that kind of hang-up isn’t as much fun as it used to be because you can’t enjoy the full satisfaction of slamming down a receiver when you’ve answered the unwanted call on a cell phone.

But the story that I’ll get to in a minute isn’t really about that kind of “hang-up,” either—at least not to the point where it’s a central part of the plot, or anything.

No, the story has more to do with the other kind of “hang-ups”—the kind people have when they react strongly to something that they like, don’t like, or don’t want to deal with at all.

As, for example, there are people who get their underwear tied in a knot if the toilet paper isn’t installed with the loose end coming over the top instead of the bottom.

For Jasmine (who is the most important character in this story), the biggest hang-up she has is the fifteen-minute work break her office requires her to take at ten o’clock every weekday morning.

On the one hand, she likes being able to use the bathroom without feeling guilty for flushing the toilet on company time because, if it wasn’t for the ten o’clock break, she would have to hold it in until 12 Noon when she has an unpaid lunch break and can do it on her own time instead of getting paid for it.

As you might guess, Jasmine is a sensitive soul whose hang-ups usually have something to do with feeling guilty about something or other.

Anyway, the actual hang-up Jasmine has about the ten o’clock morning break—and the reason she doesn’t like taking it—is because of Rob.

Rob is the office techie who programs the computers and gets them back up to speed when they crash. He is also responsible for cyber-security and has access to everyone’s data to make sure nobody’s misbehaving or downloading proprietary information to sell to a competitor or donate to the People’s Republic of China.

Rob, it turns out, is a nice guy—smart, funny, and really good at what he does. Everybody likes him, including Jasmine, who likes him more than anybody else in the office and to a degree that registers somewhere between adoration and veneration. Like Jasmine, he is twenty-seven years old, single, and otherwise unattached.

As I said, Jasmine is a sensitive person and prefers her hang-up with Rob to be kept at a safe distance, which is why morning break is so difficult for her since it carries with it the possibility that Rob might actually come up and say something to her.

During most of the day, Jasmine is able to avoid bumping into Rob for the simple reason that she is one of the only people in the office who doesn’t have a computer. Jasmine’s official job title is “Resource Manager,” which serves as a glorified euphemism for being a “go-fer.”

If someone runs out of staples, Jasmine knows where to find them. Jasmine is also the one who makes coffee and gets donuts, birthday cakes or cupcakes for special occasions like office parties. Some of the men in the office think it’s funny to call her the “party girl,” but Jasmine doesn’t think it’s funny at all. In fact, if she were a less sensitive person, she would have long ago reported the comments to the Human Resource supervisor as a form of sexual harassment.

You see, part of her wants to talk to Rob so they can get to know each other, so Rob can fall in love with her, and so they can get married and have two children, one boy and one girl.

Another part of her is afraid that if they talk, she will discover that Rob doesn’t even know that she exists or, if he does, that he thinks she’s ugly, or boring, or thinks she’s clumsy because he remembers the time she almost spilled a plate of lasagna on his lap at last year’s office Christmas dinner.

Jasmine, of course, remembers everything and—as you have probably already figured out—feels guilty about most of what she remembers.

In every good story, the conflict comes to a head and is followed by some sort of resolution. Why good stories have to have these things I have no idea, but, since that’s what the creative writing people and book editors tell us, it must be true. So, since this is (as I said) a good story, here’s what happens next.

Jasmine usually times her ten o’clock bathroom break so she returns to her desk at exactly 10:15 am. This avoids the possibility of any unwanted interaction with other people, especially Rob.

But one Tuesday morning in September, her timing was off and she came out of the women’s restroom at 10:10 at the very moment that Rob emerged from the adjacent men’s room.

“Hi,” he said, without looking her in the eye.

Jasmine didn’t notice this, of course, because she wasn’t looking Rob in the eye, either.

There was an awkward pause which lasted until Jasmine stepped up to the plate and squeaked out a “Hi” of her own.

After another awkward silence, Jasmine tried to bring the ordeal to a close by saying, “Well, it’s getting late. I’d better get back to work.”

She said this, but her feet didn’t make any effort to move her back to her desk.

This was followed by another, awkward pause.

To her surprise, Jasmine found that she had stopped looking at her motionless feet and had turned her eyes straight into Rob’s face, whose eyes were now peering directly into hers.

That afternoon they discovered they both liked mocha lattes and classical music.

Jasmine discovered that Rob, in addition to holding a degree in computer science, had studied piano at the New England Conservatory of Music in Boston.

For his part, Rob discovered that Jasmine had a music degree with an emphasis in composition from the University of Rochester and that she had almost finished composing her twelfth piano sonata.

Six months later they were married, after which they had two children, both of whom turned out to be girls.

And so, the story ends with Jasmine and Rob hanging up their hang ups for good and then hanging out with each other for the rest of their lives while making beautiful music together. 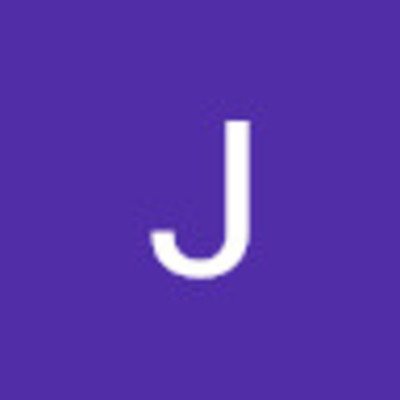 wow the conflict is all in head

Yes, indeed! I wrote it for the recent Reedsy contest asking for a story "about someone grappling with an insecurity." It is a serious subject that I chose to address at one of its lighter edges.