Submitted into Contest #46 in response to: Write a story about someone who has just finished writing their first story/book.... view prompt

Gerald beeped as he drove away down the curved gravel road. In his mirror he could see his sister waving, holding her baby.

Arriving hours later at their mother's house in West Yorkshire, he hoped that his family would be coping with their grief. He wasn't sure that he was ready for this, but somebody had to do it, and somebody had to hold the fort at home, so this is how it had turned out.

He wished that he could have had his wife with him, but it was school term and they didn't want their two children to miss out, and it was his mother after all.

Taking a deep breath, he opened the car door, stepped outside into the darkening air, smelling the leaf mould, and a variety of farm smells from round about.

Carrying his case from the car to the door, which had been dark green but was now mostly peeled to grey undercoat and bare patches of wood, he let himself in, thinking “oh mum, oh mum”.

Almost tripping on the tatty Axminster rug, with its dangerous frayed edges, he kicked it aside and stepped along the hallway, turned the doorhandle of the second door along, plonked his case on the floor and went through to the kitchen.

The kettle was soon whistling on the stove top and he felt a little better sitting drinking a cup of tea, but he was dreading going through her things.

Sighing at the table top, he began leafing through a stack of papers that he had removed from the desk in the corner of the room. There were the usual old bills paid, bank statements, receipts and warranties, insurance papers etcetera. None of it important and he put it aside ready to go in the blue bin for recycling.

A marbled black card box file waited still, and on opening that, he found something more interesting. It looked like a manuscript. All hand-written, more was the pity. He didn't know that his mum had been writing. Slowly making out the handwriting, he was able to ascertain that she seemed to have been writing a pretty standard women's type novel, of the kind that featured dark men with sapphire eyes, women with sooty eyelashes that fluttered, pretty country cottages, money, mistrust and so on and no doubt ended with some kind of everybody realising that they had misjudged everybody else, and a happy relationship that could not have been foreseen from the beginning unless you had ever read a few of these type novels before (his wife liked them, unfortunately, and so he knew) in which case you knew that they were predictable trash, but the women tended to like them anyway, as light entertainment when Austen was a little too literary.

He wondered how far she had got with it – turning to the end found it unfinished. “Oh well” he thought. Briefly he considered finishing the damn thing himself but decided he couldn't be bothered. Another thing for the recycling.

He moved into the lounge, with its deep dull orange fabric sofa that puffed dust around him when he sat in it, the saggy springs giving underneath him with a cracking creak and nearly breaking his back. The grandmother clock ticked on the wall, pendulum swinging in time through the etched glass which needed cleaning. Everything needed cleaning. Oh well, not to worry now, just clear out the stuff and get the house on the market.

He phoned his family, assuring them that he didn't think he needed more than a day or two and he'd let them know when to expect him back. Goodnight, I love you, be good, enjoy school tomorrow, see you soon, love you, yes I'll let you know.

He found the number of a house clearance specialist and kept it aside ready for the next day. Nothing much else to do, just make sure the personal stuff is sorted, leave everything else, can probably even go home tomorrow.

He switched on the boiler so that he could shower before kipping in the spare room.

Taking his case up the stairs past peeling wallpaper, knocking against the brass pipes of the doorbell chime making them ding dong as he had loved to do as a child. The rag rugs were still on the floor but the bright colours were grubby and faded. He went into the middle room, clicking the door shut behind him and noticed that thankfully the bed was made up ready for guests, a blue candlewick spread over the sheets. The top was dusty but inside was ok enough, he would be alright for one night.

He stripped off and headed back through the landing to the bathroom next door. The walls were bulging with damp and holes where some of the plaster had fallen out. The pink tiles around the bath were cracked and the cracks filled with black grime. But the bath itself was clean enough. Turning the taps, he ran it until the water was hot then stepped over the side of the bath underneath the shower head.

Soaping himself in the steam was nice and his head filled with memories of growing up here. The smell of dinners cooking, puddings steaming, custard, polish on the wooden furniture, sparkling white net curtains at the shining windows, herbs in the garden and swinging near the shed, scooting around the streets and the school a couple of miles along the road past the council estate in the village. Picnics at the weekends on Saturday walks past the farm fields, eating blackberries from the side of the road. Spending pocket money at the corner shop or going on the bus into the town for the swimming pool or the library.

Well, she'd brought him up well enough and he had a nice life now. Shame they'd not had much relationship later on in life but that happened, he supposed.

Stepping out of the shower he wrapped himself in his robe and stood at the sink to brush his teeth. A piece of plaster fell out of the wall and dropped into the sink. He felt another piece hit his neck. Damn, in his clean hair. Brushing it away, his hand went into a cobweb. Damn again. Oh well back home tomorrow. He stepped back into another cobweb at his ankles. “Spiders have been busy while I was in the shower” he thought.

Turning to the door, he missed seeing the wall bulge a little more and a bent hairy sticklike leg poke out, then a whole spider following it. Pouncing ahead of him, the giant spider blocked the doorway. White fangs bared at him and he stepped back – into a sticky net of thick silk membranes, criss crossed, and now the spider quickly whirled into work, spinning him around until he was cocooned in grey floss then lifted up towards the ceiling where he saw what he hadn't noticed before – another cocoon in which he could see his mother's anguished face staring lifelessly into his terrified eyes.

“So this is how it ends” were his last thoughts as he suffocated before being consumed from inside by the new residents of the old house. 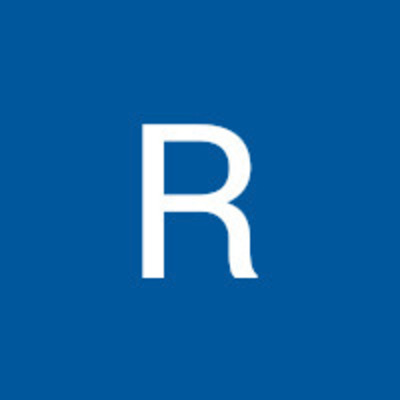 I read your comment on my story and it was very helpful for me. As you had mentioned, we do have the same title. But that is not a huge matter. I loved your story very much. I wish I could get so descriptive with my stories as you can. I don't know how to explain this but your words kind of just fit perfectly. I don't know if that even makes sense. Nonetheless , I'm waiting to read more of your write-ups. Keep writing!

Thank you very much, Rutvi :) 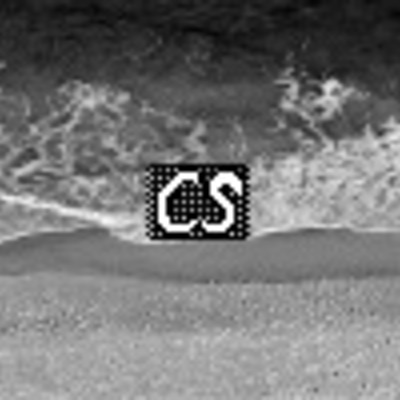 I love your writing so much that I knew I had to follow you when I wasn't even a quarter into the story! You have a wonderful way of using descriptors. I am a bit jealous, as it seems to come so naturally :) Even though this story focused on one character, it's clear you're great at characterization, as the mother's personality shone through her writing alone. And even just the brief mention of how "unfortunately" his wife liked those types of novels showcases just how great you are at creating unique personalities for your characters. Ce...

Wow Claire, I feel very complimented by some of your words about my writing - thank you :) No, I'm not a great fan of my main character either. He had neglected the relationship with his mum, and he was derisive of his wife's choice of reading. He was more matter of fact, get things out of the way, although he was redeemed slightly by his "oh mum, oh mum" and by his memories. The end surprised me as well when I was writing it. I had left writing until the final day before submission and had only got as far in my head that the mother's ...

You're most welcome, as you certainly deserve them! Interesting to see that you're not much of a fan of him either. Ah, I see. These deadlines certainly pose challenges, but that can also be a good thing in order to push you to get something out. It was a funny ending, and what's most important is that you're happy with the outcome! It sounds like you adored that house. I did really love that part where he was thinking about his memories of the place. It made it feel quite real :)

You really caught me by surprise at the end! This is amazing you structured such a charming descriptive narrative, where I felt I was going through the house with your character and all the memories, but then it ends with a twist. I just wish there had been a mention of cobwebs in passing earlier on when he first arrives. Such as at the door, and maybe he mentions how much his mother used to hate spiders, so it is obvious she had quit going out in her later years, and just stayed to herself inside all day. So this would set up for her focusi...

Thank you Emily - you made a very interesting point there about just a mention of cobwebs across the door etc. Yes I agree and I wish I had thought of it, but that is one of the nice things about being able to comment on each others stories here. So that kind of thing I will be more likely to do better on in future stories. I really appreciate that you thought the narrative began as "charming", with the memories and all, it gave me a smile. When I wrote the story, it was on the last day before the deadline and so I didn't take so much ...