Growing Up in Love

Submitted into Contest #36 in response to: In the form of diary/ journal entries, write a story that provides glimpses into a person's life at different ages.... view prompt

Growing Up in Love

I’m so excited about being able to go to my first dance. Grade 7 and I haven’t even kissed anyone yet. Living out in the country is so boooring! The most exciting thing I get to do is pretend to drive to Toronto with my sister in the Volkswagen Bug that’s up on blocks on the grass beside our long laneway.

Yeah OK it’s a square dance, lame I know but John will be there. He is so cool with his shiny black hair brushing the collar of his wide lapelled polka dot shirt. I get all tongue tied when I see him.  My best friend Cindy and I hung out in her bedroom last night. We lit candles and consulted the Ouija board.  He likes me I know it. No, I didn’t put the pointer there. He really does.

Oh God I can’t wait to go to the dance tomorrow.

I hate boys!!  John didn’t even look at me. That stupid Ouija board.

I know, I know. I swore I would never go to another dance. But it’s my first high school dance in Grade 9. I knew people would think I was a real loser if I didn’t show up. Why didn’t I stick to the plan? Why did I let my friends talk me into it?  All boys lined up on one side of the gym and all the girls on the other. When Joey started walking towards us, I didn’t get too excited. I thought he was probably going to ask Sue to dance. But he walked right up to me. I started fidgeting with my hair. The only thing he said was  “So, what exactly did you do to your nose?”. Then he walked away. Ugh! I developed a small bump on my nose as I grew up. My parents said nobody noticed it. Boy were they wrong!

I tried to hold back the tears and look cool about it, but I couldn’t, so I made a big fool of myself. Joey noticed and came back over.  He said “I didn’t mean to upset you. Just think of it this way, at least it’s a conversation piece”.

Sue had a party at her house. Lots of kids from school came to hang out in her basement. I can’t believe her parents didn’t come down and check on us. We had the lights down and the music up. I got a bit uncomfortable when some of guys and girls split off into pairs to neck.

Joey was there. He laughed when he saw me then grabbed my hand and pulled me down on his lap.  My heart started pounding when he leaned in and gave me my first kiss. I’d been waiting for this since Grade 7. The Doors Light My Fire was pounding in the background.  Maybe Joey isn’t that bad. Maybe my nose isn’t that bad.

I had no idea when I took my dad’s car in for service that I’d soon be working at the car dealership as a receptionist two weeks later.

When I saw him two weeks ago in the Service Department, I recognized him from the Beef and Brew, a party held for skiers every weekend at a local hotel. I didn’t ski but a friend took me because it was usually a good party. Brad looked pretty handsome at work dressed in a suit and tie.  He gave me his card. His title was VP of Leasing and Service. He is only 19.  I joked that his dad must own the place. He does. I couldn’t stop laughing.

Today was my first day at work. Brad is on vacation right now visiting a girlfriend who lives out of town. He won’t know I work here until he walks in on Monday.  This should be fun.

Brad came home a few days early and he didn’t look very happy. He checked in at work and was surprised to see me. He said he was just there for a few minutes and was going home bed. I can’t believe I said, “That sounds good, can I come?”  He laughed and said sure. We didn’t really go to bed, but I did go to his house. Hmmm wonder if it’s a good idea to flirt with the boss’ son?

I feel like my wedding to Brad was a recipe for disaster. Take one anxious bride with some serious doubts and a big lace covered wedding dress,fold her into an automobile, jostle her around a bit, drop her off at a church and leave her in the foyer to cool.

Walking down the aisle just didn’t feel right. All I could think about was how his parents said I wasn’t allowed to work after the wedding. It’s not the 50’s but they think wives should stay at home, bake bread and be ready to mix cocktails when their husbands get home.  What did I expect from a mother-in-law who does her ironing in a peignoir set and takes the garbage out in a fur coat?  I can’t believe she actually takes out the garbage.

We just moved into our house last week. Simpson Sears called today.  They asked to talk to  Brad. I’ve had a credit card with them since I was 18.  He doesn’t have one. They wanted to know if it was OK for his wife to still have a credit card. Maybe it is still the 50’s. I’m never shopping there again.

I had no idea when I convinced the in-laws that I’d like to go back to school to exercise my brain that my interest in Broadcast Journalism would end up being a career.

When Brad’s mother heard we were splitting up she wanted him to pack me a suitcase and send me home to my parents.

I hate in-laws.  I can’t say I hate men. Brad was decent and the divorce was fairly amicable.

I hate me. Why did I fall for that that prehistoric model of a marriage? Divorced at 27.

So here I am, single again, in an apartment on the edge of town living the dream.

The dream is still a bit fuzzy but it’s something to do with breaking a story equivalent to Watergate. The only thing left in my life from the 50s’ is the antique typewriter I use to crank out the local news.

No time for men. I’m going to concentrate on my career.

I can’t believe I jumped into another relationship so quickly. I was mesmerized when I saw Jon across the room at my friend’s party. He’s seems really great but he’s a bit intense. He’s saying he loves me already. I’m not sure I’m ready for that.

Jon surprised with a ring today. We have never even talked about marriage. I’m definitely not ready for that. I feel like I just got divorced. Besides, he keeps moving my plants and rearranging things in my apartment.  I was so happy to have my own place when I got divorced. I feel like he is really pressuring me.  I really do love him but I’m just not ready. I feel like I need to be independent.  There is no way I’m getting trapped in a 50’s style marriage again.

Breaking up with Jon was one of the hardest things I’ve ever had to do.

I arrived at my parent’s place in Toronto today. I can’t believe I gave up my job as a reporter. After four years at the TV station it felt like stories were starting to repeat themselves. How many more times could I cover the pig races at the local fair. Yeah maybe I got to interview the Prime Minister on a rare swing through our town, but it wasn’t enough to keep me interested.

It was probably a good idea to get out of town. I’ve had a few too many one-night stands since breaking up with Jon. Probably not the best choice when everyone in town knows you from TV.  Time for a new job, a new life.

I have to say I have the best job! I’ve been in Toronto almost ten years and I love being a freelance producer. I get to say yes or no to jobs and work from home a lot of the time. I can’t believe I made the leap back in 1988. I was the kind of person who needed security. Living from project to project has been a real roller coaster ride.  But I’m really proud I have a career and have been able to take care of myself for the last ten years. I don’t need a man to take care of me. I can’t even imagine having to answer to someone else.

Derek called me out of the blue today.  I hadn’t talked to him in six months. I’d met him in 1991 when I enrolled in some self-development courses. I thought he was interesting,  but he was married so I wrote him off right away. We had to work together on some projects and developed a casual acquaintance, but he was definitely off my radar.  The phone call really surprised me.

He asked me to a movie, but I wouldn’t do anything that remotely resembled a date with someone who was married. I said no. He said he wasn’t with his wife anymore.  Tonight, we had a very awkward date at a drive-in.  I can’t believe I was nervous. Were we friends? Was this a date?  He was gentleman and we just talked.

Note to self. Don’t get involved.

It was a complete surprise to me when Derek proposed about six months ago.  We had a pretty good relationship. We moved in together a couple of years ago, but it was more of a partnership than a relationship. We are equals. We learned to ski together on equal ground. We share expenses, each have our own careers, our own friends, our own interests.  We are enjoying life.

The proposal really threw me off. We had both been married before, are both in our forties and not planning on having children. I didn’t’ think we would ever get married and I was happy with that.

Please tell me this doesn’t mean I’ll have to stay home from work bake bread and be ready to make cocktails.  That’s not happening!

Very nice. I read a lot of these stories and I’ll be honest I get bored halfway through. Not this one. Well done.

Thank you Phil. That's really nice of you to say. 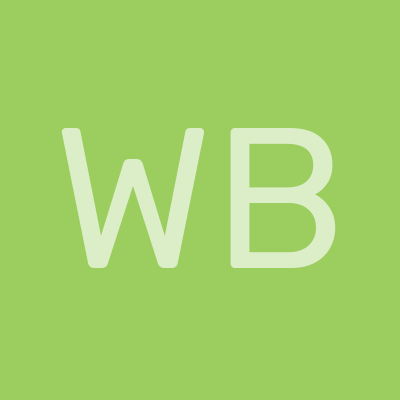 The story has a clear plot then and understandable by readers.