Submitted into Contest #46 in response to: Write a story about an author who has just published a book.... view prompt

‘Mama’s decisive girl,’ her mother used to say. ‘You got it from your daddy. A tenacious soul he was.’ It was her daddy’s dream, after all, to see her become a writer, but God willingly, both of them left her early, too early thought Rosé. A tear streamed down her face, then another. Quickly, she wiped them away.

It was when the clock struck twelve that Rosé realized it was the meeting day with Mr. Danniell. Grabbing the essential documents, she hurried down the staircase straight into the car. The hippocampus in her brain kept indicating something. Something was missing. Rummaging through her bag she realized, her book…her book wasn’t in there. Getting out of her Mitsubishi Mirage she started to run. Her heels got tangled in the vines in her courtyard and she fell. Owww was all she could say. Her brand new vintage dress from Chanel had been ruined! Not only was it torn from all over her knee cap, but there were scarlet spots all over it too. To her horror, it was…blood!

Back at home again, her iPhone rang. On the other end was someone with a deep, crisp voice. Rosé didn’t recognize him. Halfway through the conversation, she had an epiphany on who it was. It was none other than Mr. Danniell, of course. But before she could confirm it, the call got disconnected. As far as her memory recalled, he had said something about delaying in the meeting. She smiled.

It was the day! Throwing away the covers, Rosé bounced off her bed, cheery as ever. She ate fluffy pancakes, topped with rich cream for breakfast. After getting all freshened up, she sat in front of her brand new vanity table from IKEA. While doing her makeup from the Maybelline kit, she hummed;

Hath waked me from my sleep;

Thy little one doth keep.

All through the day,

Be Thou my Guard and Guide;

And let me live,

Blest Jesus, near Thy side.

The event had begun only minutes ago, but it felt like hours had passed. Rosé scanned the crowd for any familiar faces and to her surprise, she saw him. The bully of her high school class, Orion was amongst the crowd too. His teeth crooked, the shirt he wore beneath his suit, unironed. Along with feeling hatred, Rosé felt piteous for him too. The poor boy was an orphan; he lost his parents way before Rosé did, almost at kindergarten. She decided to talk to him once the event was over. Even though Rosé didn’t like him, one lesson out of many others at school had taught her that no matter how bad the person was, deep down inside they, themselves needed someone to talk too, needed someone to share their loss with.

“Ladies and gentlemen,” began Mr. Danniell. “Welcome to the 50th book event of our prestigious company. Your presence here is highly appreciated. Let us begin with the event.”

Rosé loved how crispy his accent was; his r’s and p’s rolled the same way here as they did with her, back on the phone.

The ceremony was taking place in chronological order. This meant Orion was to go before her up on the stage and there lied the slightest possibility that he would see her and recognize her. Fingers crossed Rosé hoped, he didn’t.

Once her name was announced her hands began to tremble, her heart was pounding furiously against her chest, and she started to sweat profusely. Never before this moment had Rosé realized that she had never been up on a stage.

After tremendous efforts, she began. “Good Morning,” soon after she realized that her voice was shaky. Nevertheless, she continued. “While writing and then finally publishing my book, never even for once did I realize that it would be such a huge hit. Never did I realize that I would be here, celebrating my success without my role models, my parents. Even though I admit that it required a lot of hard work, from my side, but it wouldn’t have been possible without you all either. So this award right here is firstly dedicated to my parents. May they rest in peace. Amen.” She paused and was well aware of thousands of pairs of eyes staring hard at her, waiting for her to continue but she waited…until Mr. Danniell patted her on the small of her back. Finally, she found her voice back and continued. “This award, above all, is for you people and finally for Mr. Danniell, who has been a backbone throughout this project. Thank you, hasta la Proxima viz!”

She ran through the aisle, amongst hooting and never-ending claps back to her seat. To her surprise, instead of the grumpy girl with purple hair beside her sat Orion.

He had changed quite a bit. Rosé had to admit a handsome man, he had become. Instead of the crooked teeth, she saw a bright, happy smile. A genuine one. The bully in him was nowhere to be found, there, in front of her sat someone she would love to become friends with. “You were g-great up th-there,” he smiled again.

A stutter? Rosé didn’t recall him having a stutter back then. But then again, she never really talked to him. What if, it was him who was the victim all along but was painted as the bully? A tear streamed down, then another. Rosé hated herself for judging him. Now was the time to befriend him. Without giving a second thought, she offered her hand which Orion accepted gladly. What an end to the bitter enmity and beginning of a new friendship, thought Rosé.

Back at her home, she reminisced her day. Such a tiring day it had been but the fruit had been sweet too! She opened to read her book,

You asked me to read, so here I am. This is good! I like the ending with friendship and everything, that's cute. I like the inclusion of lyrics or scripture, it adds a layer to any story. Mainly grammatical mistakes. The way you spell Rose here, it's pronounced Ros-ay, like the wine. Just use one exclamation point and very few ellipsis points. Waffles OR pancakes, not both. Things like this :) And two major things: I think a scene with Orion as a kid might establish the possibility of him being a victim rather than a bully. Two, I don'...

I'll keep all the pointers in mind for next time, Zilla. Thanks for taking out time and reading! I really love the fact of how you have given an elaborate response, it really means a lot. I'll be really thankful if you give your views on my future writing pieces too:)

Very nice! It's a happy story, with a satisfying ending. The power of friendship and such. Congratulations

Thanks Miles! Means a lot especially because I'm new:)

Hello! I enjoyed the story, although I do think it would be perfect with a few tweaks here and there. The story does have a lot of grammatical mistakes, such as using multiple exclamation points at the end of a sentence and many ellipsis points. Mainly, I think that you added a lot of detail to a few parts, like adding in all the brand names of her outfit and makeup, but that wasn't consistent. As a reader, I feel it's not necessary to explain that she got her vanity table from IKEA or that she's using Maybelline makeup, but instead paying...

Hey! I'm glad that you enjoyed the story. Thank you so very much for your feedback, it really will help me avoid mistakes in the future. Also, I left a comment on your recent story:)

I absolutely loved this story!! Only a few grammatical mistakes but other than that you are extremely talented! Keep writing and stay safe!!

Thanks Evelyn , glad that you liked the story! I'll make sure to avoid errors in the future:)

This is a really great story, Batool! Even though you're new, I can tell that you'll be even greater than you already are in the future! :) There were a couple of grammatical errors, just with commas and such. This was a satisfying story, and I love happy endings. I can't wait to read more! Stay safe and healthy! -Brooke

That means a lot, Brooke ! Thank you for taking out time and reading!

⭐️⭐️⭐️Stars to you! Follow up on the grammar editing though!

Thanks, Rhondalise for the support on both of my pieces and yes, I'll definitely avoid grammatical mistakes next time :D

A beautiful story! And the title is creative enough to make anyone want to read! A pleasure it has been reading it 😊

Thank you so much, Kendra! This made my day:)

Hey! I decided to check one of your stories out, since you asked! :) I really like how you wrote this! The starting and ending really tie together. The detail was very well explained, and I felt like I was there, watching them. Keep writing and have an amazing day. ~noor a.

Thanks, Noor for such positive feedback. I'm glad that you liked the story:) Stay safe...

Such talent you have in youu! Great start and even a greater ending!! So proud of youu ❤️

Thanks Zunairah! It means a lot.

A wonderful story, other than a few grammatical mistakes:)

Thanks for the feedback:)

This is so sweet! I love the cute ending with Orion and Rose! :-) I think you really wrote this well, other than perhaps using a few more commas in-between short sentences! Nevertheless, I really love this and wish you the best for the challenge! <3

Aw, glad that you liked it! Yes, I'll try to avoid all the mistakes in the future... Wishing you all the best for the challenge too! ^_^

Loved how this story holds such strong emotions and how you show morals. For an example, Orion was painted as a bully. Careful on the grammar but great work! :)

GREAT story Batool! I truly enjoyed reading your story! Loved it! Keep writing and have a great day Batool! :))))

Thank you so much Harshini:) This means a lot especially because I'm new! ^-^ Have a great day! :)

No problem Batool! I'm glad to have review your stories! :))) You too!

Sorry I came late. Nice story. A few grammar hiccups here and there but nothing a thorough edit won't dissolve.

Thanks for the review :D 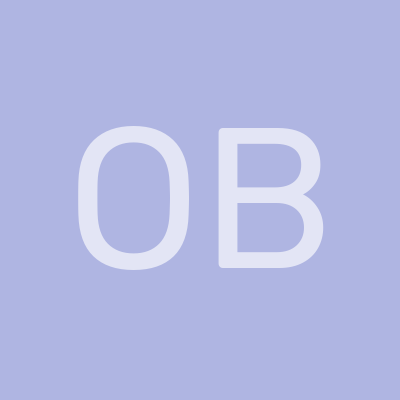 I was a little confused through feeling like the story jumped around a bit without explaining background. Also the extra details like the makeup brand were distracting. Otherwise I LOVED your story, the plot tied in really well. Overall great job!

Thanks for the review!

I enjoyed the story! I like the opening paragraph so much ;) Would you mind checking my recent story too? Thank you!

Thank you, Debora! Glad that you liked it:) And yes, I'll check your story right away!

Thank you so much:)