Did I Kill June? 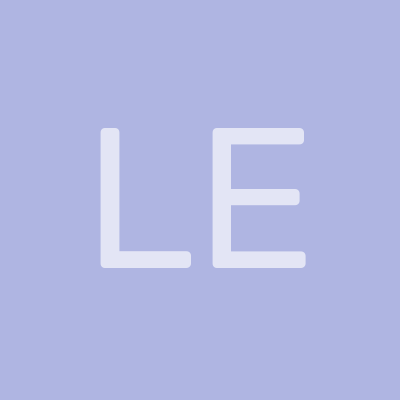 I was ten years old.

Before we left for school that morning, my sister and I got into a fight at the dining table.

June was a bag of temper. She flared up at every little thing.

"May, go put back those books you littered the floor with back on the shelf when you're done eating." Mum said rather coldly. She didn't even look at me. I asked myself a question that every child going through what I was going through had probably asked themselves. I asked that question often those days. Almost everyday. Was I adopted?

Maybe I didn't belong. Maybe that was why mum treated me like a wicked stepmother would treat her stepchild. Sometimes I saw myself as Cinderella so I tried not to take things to heart hoping one day it would change for good but there were some days that I couldn't help but ask questions.

"I didn't litter the floor with books mum. Must have been June. She was the one who had friends over yesterday because of an english project or something." I said.

"It wasn't me." June said, giving me a nasty stare. June.

June wasn't like those nasty stepsisters in the Cinderella movie. June was the best sister in the world but she was something else when she got into one of her tempers. She always apologized after.

"It wasn't me. " She repeated slowly and through gritted teeth. It was obvious I was starting to get on her nerves.

"Okay. Let's do a little math. It's not me. Definitely not mum. That leaves you. So you are cleaning it up." I said, messing with her.

June was quiet. She looked like she was about to explode. I stuck out my tongue at her to further annoy her but I wasn't expecting what happened next.

June flung the cup of hot water mum had just poured from the kettle at me. It was scalding hot. It must have been the excruciating pain because I never meant the words that came out of my mouth next.

"Jeez June, I wish you'd just die. You are a terrible person!" I ran to the freezer for some ice and I placed it on my neck where the it hurt to ease the pain. I prayed it didn't blister later. I closed the freezer door and turned to go back to my seat at the dining table when I felt a blinding slap across my face. For the next few seconds which felt like forever I was dazed. The ringing in my head sounded like the static that our church microphones produced that I hated so much.

When I was finally able to think straight and opened my eyes, mum was standing in front of me. Her glare could have done more damage than a laser beam.

"If you ever say something like that again." She said and walked away. She didn't seem to care that June had just thrown hot water on me. She didn't care if I was hurt.

I started crying. If you combined both the the pain in my neck and the one across my face, they were nothing compared to the hurt I felt that my mother didn't really care about me.

I started heading for my room but mum said, "Go put those books back on the shelf, May."

June was mum's favorite. But me, I always felt like an outsider whenever I was around her.

I tried to figure out why but that, it seems, would always be a mystery.

I'm now 27 and I still don't know why my mum was cold and unaffectionate towards me.

She died six months ago. She took my answer with her to her grave.

June died that day 17 years ago. On the play groung during recess.

It makes me laugh every time I think about it. It was just like a movie. Because shit like that happens only in horror movies.

June was on the swing. I watched as her friend Maggie pushed the swing so that it went back and forth. I was sitting far away. It should have been me pushing the swing not Maggie.

It happened so fast. In a hearbeat. One of the chains broke where it was joined to the bar overhead and June was on the ground. I never took my eyes off her as I ran towards her and I wondered why she wasn't moving.

That swing, it was as sturdy as anything I'd ever seen but it broke and June fell, breaking her neck. She died immediately.

Mum became a complete stranger to me afterwards. June's death sort of killed whatever little warmth she probably had for me and she became as cold as the north pole. Colder than I'd ever seen her.

She still provided me with everything I needed but I think she stopped being my mum. She barely spoke to me, until she died six months ago.

I don't think she ever got over June's death. My heart broke everytime I looked at my mother. She was no longer herself. It seemed she lost everything when she lost June. And I wondered why I was even there at all. I constantly felt out of place until I movedd out at 24. I think she blamed me for her death. Hadn't I said that I wished she would die?

I can't say if what happened 17 years ago was just a coincidence or maybe as a result of what I'd said before we left the house. Would June still be alive if I hadn't said something as reckless as that? Would mum be alive too? June's death really took its toll on her.

So I have two questions in my life that I'll probably never get the answers to. Why was my mother unloving towards me before June's death? At least I can understand why she became like that after June's death. The second question is did I kill June?