Submitted into Contest #32 in response to: Write a story that includes characters who are aware they are a work of fiction.... view prompt 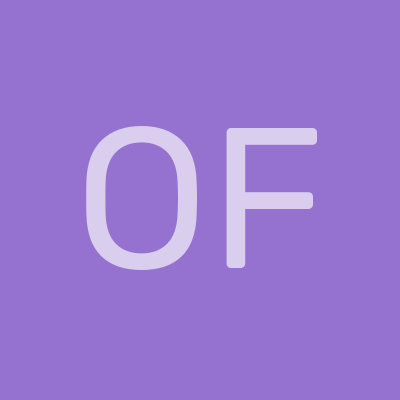 ...as a bullet pinged off the brickwork behind them.

“Come on Anita. Can you make it over the wall?” he croaked barely able to speak. A burst of gunfire rattled in the silence of the night. His chest was burning, his breath rasping...

Lance clutched her around the waist and with the last of his strength hoisted her onto the rough stones of the wall. “Go, go” he tried to shout but his breath was all but gone.

“Lance give me your hand.”

“I'll be too heavy for you. You go. Tell them what's happened. Tell them I just couldn't make it.” He was about to slump against the wall in despair as he heard the footsteps coming closer. There was a dark doorway opposite. Perhaps if he...

“Shit! Can you start without me? This is going really well.”

“I'll put yours in the oven. You won't be long will you love? You promised Jemima a story.”

Anita reached down, Lance could see her arm shining golden in the searchlight...

“Daddy, are you coming downstairs?” Jemima's head poked around the study door.

“What? Not now Jems I'm writing. You go down to Mummy and I'll be down in a jiffy.”

“You promised me a story.”

“I'm sorry love. It was what I was writing. I didn't mean you. Now off you go. Daddy's in the middle of something.”

Jemima's little feet thumped along the landing. I could hear her sniffing. Now I'd be in trouble with Janice. Why can't they leave me alone when I'm working? Who said 'there is no more somber enemy of good art than the pram in the hallway' Well it didn't get any better when they were old enough to walk. In fact, it was worse. It was either her or her mother...

“You call this stuff good art do you?”

“And I suppose you're going to make me sleep with this gruesome Lance are you? Or have I done that already? You were a bit vague about it in the last chapter.”

“Anita! Well, I wanted to leave something to the reader's imagination.”

“You don't usually leave much to the imagination.”

“You never complained before.”

“Before? You never invented me before or have you forgotten?”

“In the last one, it was gullible Greta. She just screamed occasionally and fell over. Met a pretty grim end if I remember.”

“She was the novel before last. Why do you name us all after 1950s film stars?”

“Well, it gives you a kind of glamour that older readers remember and I think an echo still remains for younger readers.”

“An echo still remains? Jesus, you sound like one of your novels.”

“What have you got against Lance anyway? Isn't he everything a woman wants? Don't look like that. I've tried to make him attractive to women.”

“No, you haven't. You have made him attractive to men. Why would a woman want such a macho, misogynistic, alcoholic dimwit?”

“It's men that read this crap not women. Besides if he drank as much beer as you give him he would have bigger tits that I've got.”

Moobs. Jamey. It's what you get if you drink too much beer. Acts like female hormones. Didn't you know? You'd better put him on whiskey or what about Martinis since he is a kind of sub-James Bond.”

"He's not so sophisticated of course.”

“Look it's perfectly possible for you to fall in love and then fall out of love when you find out what someone is like.” I turned back to the computer but she wouldn't let me write.

“But I didn't. I suspected that he was not, shall we say, genuine, that there was something phony about him, right from the start. Don't you remember? You wrote that I noticed his high-tech wristwatch and wondered if he wore it in bed. Well, he did!”

She was wearing the loose, floral, summer frock I had invented for her especially so that Lance would fall in love with her. It cupped her breasts and tied tightly around her trim waist then flowed out around her knees as she moved and she moved continuously, her head turning from side to side, her hands conducting each of her words, her feet sliding backward and forwards so that when her hips swayed...

“Will you please stop writing about my body. I want to get this straight. It's important for readers to understand my character. I wasn't taken in for a moment. He is a narcissistic womanizer and that became apparent very quickly.”

She sat down on the end of the table and crossed her legs. I was going to say shapely legs...

“Of course not, you are a complex character but it's important to the story that you are beautiful. It explains a lot without my having to say it explicitly if you see what I mean.”

“Well, that is nice. I appreciate it but you have to understand what is important to me too otherwise I shall become just another one of the dumb blondes that inhabit your tales.”

“I thought you should be dark for a change: a luscious, chestnut brunette with a hint of red gold...”

“Stop it. No, that will not do. I am blonde, dark blonde if you like, deep golden blonde with a hint of copper. Remember they might make a film of it and dark ladies are always bad. You can make my rival for Lance's affections dark: black hair and green eyes, that would be suitably wicked.”

“I don't think that convention applies these days. I'll make you blonde if you insist but I don't want you to be a cliché. I thought you weren't concerned about your appearance anyway.”

“I am. It's you that should not be. After the initial description, you should take my appearance for granted then your readers might notice what I say or what I think. If you gave me some character I wouldn't become a cliché”

“Look if you are going to get bossy I could make you murder him!”

“Nonsense that would be quite out of character. I was a victim of his machinations with that dark-haired, green-eyed witch.”

“Who's writing this story?”

“Well get on with it then but please don't make me one of your usual vapid types. Give me a bit of spirit. Look, read over the character sketch you made of me. I'm a living, breathing, conscious woman not just a device for the heroics of your men. Give me some life or I'll jump off the page and bite you.”

How did that happen? I'd invented my ideal woman and when I wasn't looking she turned into my wife.

Nice one - didn't see the end coming, but I loved how you went to and fro between the story and the family.