I Don't Recommend Picking Up Hitchhikers.

I don't recommend picking up hitchhikers. Just for future reference.

It was a pretty sunny day. I had decided to go to the beach, which I hadn't done in awhile. I left after an hour because it started to get cloudy and chilly, and I grew bored. I live in a relatively secluded town, with a lot of water and tons of trees. A lot of the roads have proud trees surrounding the sides. I drove down one of those roads, going nowhere in particular, finding new paths since I didn't have anything else to do that day. Driving slowly, looking at some houses set back in the trees, I saw her standing on the side of the road, her arm stuck out with thumb up. Her other arm was balled up, and it looked like she was holding something in it. She had brown frizzy hair and was wearing a grey t-shirt, black sweatpants. She looked like any other brown-haired girl you might see, if anything, less noticeable, since she was just wearing grey and didn't have any striking features that made you stop and stare. And yet I couldn't, and still can't put my finger on what pulled me in like a siren.

"Thanks." She opened the door and climbed in, and onto the passenger seat.

"Um..." She paused, "A restaurant. I need to go to a restaurant." She commanded.

Well I was expecting something more specific than that, I thought.

"What restaurant?" I asked.

"What are some good restaurants around here?"

"Well there's a pretty cool one, it's called Delilah, in town."

"Yea. That's fine." She seemed preoccupied, looking down at her hands that were balled up on her lap.

To get to town from where we were at it would take about ten to fifteen minutes, twenty if most if there was traffic, but no other cars were in sight.

About five minutes into the drive I asked,

She took a moment to respond.

"Um... You can call me... Layla." She looked straight ahead as she said this, hardly blinking.

She looked back down at her hands, her hair fell to the sides of her face, like a curtain, covering it.

This was when I started to feel like something was up. I couldn't do anything about it though, because it's not like I could just kick her out of the car. Not that I would have if I could, like I said before, there was something about Layla that just pulled you in without realizing it.

This was also when the police car drove by.

We weren’t going very fast so when the cop easily passed me, he got a good look at Layla and I. I remember seeing his eyes widen and mouth open as he passed. When he got in front of us, his lights turned on.

I parked the car, and rolled down the driver's window.

I turned to Layla.

"Yea." She glanced ahead at the policeman approaching us and I thought that I saw a glimpse of a rock in her hand. Dark grey, and perfectly smooth. The cop walked over to my window.

He had dark brown short hair, a scar on his left cheek, and bright blue eyes.

"Hello ma'am." The cop looked over at Lila, who was staring at her hands that were in fists again.

"Do you know who she is?" He was asking because he didn't know if I knew and it didn't seem like he wanted me to.

As I looked over at her and smiled I felt protective, "She said her name is Layla and I gave her a ride."

He still hasn't told me why he pulled me over!

"To Delilah. The restaurant," I blurted.

"Where did you find Layla hitchhiking?"

"Back that way." I pointed behind me.

"Ma'am please step out of the car."

"No." He nodded his head in Layla's direction. I whipped my head around to her. Her eyes snapped into focus on his and didn’t let go.

"Why?" Layla's voice was hard. She wasn't asking a question, she was demanding an answer.

"Please ma'am." The officer said loudly, though his voice wavered a bit at the end.

Layla glared at the officer.

"What?" I exclaimed. I didn't mean to, the words just flew out of my mouth. I had no clue what was going on. I was stuck on Layla being a good person.

The cop ignored me. Layla got out of the car and he handcuffed her.

"Why are you arresting her?" I did my best to sound calm.

"I... Well, I'm afraid I can't tell you that. Sorry for the inconvenience."

I didn't press it any further, I didn't know what else to say. So I just sat there as he took Layla to his car, stuffed her in the back seat and drove away.

I decided I wanted coffee. I was thirsty, confused and now that I had thought about it, tired. It was another five minutes into town. About three minutes after I had started driving again, something caught my eye. I was in an area with less trees, but still random patches filled with them. In one of the patches of trees to my right there was something white, I couldn't tell what it was. Now, I don't know why I did this, on any other day I would have never (emphasis on never) gotten out of my car to check out some random shiny white shape. But that day, I did. I got out of my car and stepped slowly while realizing what it was as I got closer. Then suddenly I was standing next to it.

The police car flipped over. I kneeled down to see if either Layla or the cop were in it, and I gasped. In the front, the cop was laying completely still on the floor (which was technically the roof since it was flipped over) dead. There was no blood, but he was so pale I knew he was dead. Not breathing. His hands rested on his belly and his palms were up and lying between them was a dark grey rock. It sat perfectly smooth resting on his hand. I looked in the back, no sign of Layla anywhere.

I don't recommend picking up hitchhikers. 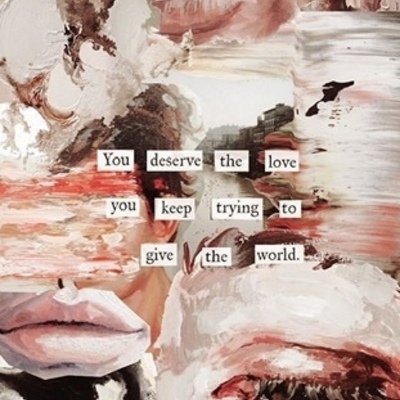 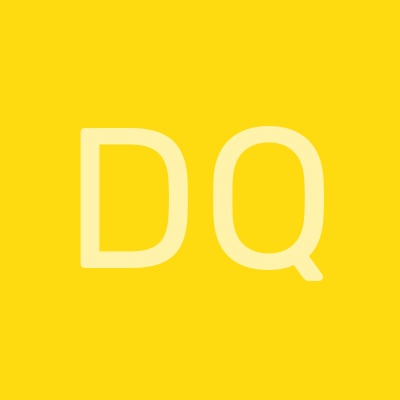 Hi Izzi, I wasn't sure of the significance of the rock. Was it symbolic of something? Then again, it is a mystery and suspense story.

Hi, The rock wasn't necessarily to symbolize something as much as to give suspense, to make you wonder why this rock kept coming up, and then to let you know she was somehow involved when the cop had the rock in his hands. Thanks for the question!