Submitted into Contest #65 in response to: Start your story with two characters deciding to spend the night in a graveyard.... view prompt

"Where the field kisses the forest,

Where the rats build their nest,

My pretty ones pin their wrists,

That groped and choked their breath," I murmured these lines as my steps fell in line with Jacob's.

Jacob stopped at the last verse, eyes wide and flashing in moonlight.

I shook my head and nudged to continue forward. "No. Mama would say 'em, hours before we started our work with the sun. I used to think it was for her own comfort, hiccuping up her tears when she thought no one was awake. Now I think she knew I was up. That she wanted me to know how to find them."

We skirted the edge of the almost ripe wheat plants, wavering but persisting like flies trying to bite at a smacking hand. The quilt of trees started not too far from where we were, and if I could I would rush into its embrace, exposing my stockings as my skirt flared up behind me.

"Very well could be," Jacob said,"but what would you think she might want you to find them for?"

His tone was all dodgy and I knew now that he only agreed to come with me because I would've went without him, not because he agreed I should go.

"Jacob, if there's something you want to say to me, say it straight. That's why I fancy you. 'Cause you tell me the truth exactly how it's on your mind, no matter which way it comes out. But you've been dressing up your words with me lately and I can't handle."

"I'm sorry Em," Jacob said. "Be a bit careful about brushing up against the wheat though, will you? It ain't a windy night and we don't know who could be paying close attention."

I scooted further away from the shadowy stalks.

"All I was trying to ask," Jacob said, "is what you expect from going out to where your sisters are buried. Even if it's just for comfort, I understand. Just say that and I'll calm down."

My tingling feet were pressing so deeply down, I thought I might cement myself in the ground if I carried on the way I was walking. I had forced him to ask a question I couldn't say the truth of. How could I when all I had is a knotted ball of short pieces of thread? My mother's poem, my body growing, the master noticing, inviting me to work in the house where "things are nicer, and you'll like it." Who could sew a dress from this? I brushed into a different type of plant now: the leaves of the trees of the forest. I gazed up into the moon before going in, like the mistresses gazing at their pale faces in the mirror before setting out the house. Does the moon feel abashed for being beautiful? Feel intruded on by the eyes of watching men? I interlaced my fingers into Jacob's and entered the brush, and told him, honest, "I don't know. Ma believed they chose to die as babies rather than suffer the touch of-"

"If their spirits had that wisdom, maybe they'll have a wisdom for me too. I must find them Jacob. I don't," and I hiccupped and all the numbness I had built in my mind was poked through. "I can't have him on my body," I said in my pouring tears. "Maybe it'd be better to d-" but I couldn't finish.

Jacob used his palms to cup up my tears and he pressed his nose down against mine. "Emeline, I'll take you to them. We just can't risk being heard, please."

I managed to shut myself up.

The forest remained silent except for our steps and the bugs that weren't shy of the cool air. Mama's poem said "where the field kisses the forest," so instead of going any deeper into the trees we stayed searching along the forest's entrance.

I don't know how long it was as I scoured the ground for piles of sticks built up in a  mound that rats could live under, when Jacob said, "Up."

Things weren't clear in the dark, but as I blinked at where he was pointing I could make out a sort of hump on the branch of a fallen tree. "

Sisters," I whispered, coming up to the tree and falling to my knees. I scratched the leaves off the ground, hands longing for a familial presence. Did Mama leave some marker? Did she ever come and visit them out here? My fingers traced something indented. It was a stone, and it was flat. Clumsily scratched into it were etchings I couldn't make out in the dark and wouldn't have been able to read if they were words. "She even marked it with a gravestone." I shouldn't have been surprised, and now knew I was right for letting Ma's song guide me here. "Sisters, do you hear me? What is your advice for me? Mama told me the first of you came out with breath, and you were the most beautiful baby with the fiercest eyes. The next of you came out stillborn and close-eyed but gorgeous with bashful wisdom. It may be my fifteenth year and my body is starting to fill in and this curse is twisting my face in ways I didn't ask for. I didn't do anything for Master to notice me. I only wanna have kids with Jacob and no one else. My spirit didn't decide death like yours did before I grew up this much. What do I do? What do I do?" I pressed my ears against the cold stone, trying to hear their voices come through. Did they understand this English forced upon my people? Was I too stupid to deserve a response? "Sisters, please. Please talk to me. I don't know what to do."

"Em," a voice to the side of me screeched into my ears. "They aren't alive. They can't respond to you."

I crouched there, ears imprinted on the stone. I pleaded my case, I played the naive younger sister role desperately, praying for them to take pity. They inherited stubbornness from their father, who got shot trying to escape his chains.

Eternity in the forest is like being ant-sized and traversing upon a winter quilt, patterns changing but still so helplessly lost. I would stay all night even while already my brain felt as if it was dozing. Or I would wait until my body seeped through the rock and dirt. Maybe the obvious answer was death.

I looked up, blurry eyed. Two shapes sat on the side of the rat mound on the fallen tree in front of me.

"Can you see us yet?" they asked together.

I couldn't discern their features or tell of their age. But I heard twin voices, one beautifully fiery and the other bashfully wise.

My heart embraced their voices, falling  into it as I did into Mama's hugs. "Y-yes," I stuttered. I had been so vocal when they weren't responding, but at their first words I was shut up.

"You are a pretty one, like us," said the one to the right.

"And he has no right to touch you," said the one on the left. "But your life gets to know great love, and yet must know great pain."

"Your life is precious," the twins said together, agreeing.

One of the twins tilted their heads to me, and I caught a glimpse of her piercing look as dawn's first light peeked in.

My other sister bowed her head and her eyelashes.

They turned and looked behind them towards the direction of the horizon,  then down at the rats' nest.

The shapes of my sisters hopped down from the tree, and I could feel the kiss on my forehead. "I can't-" I choked. "Please, I can't figure this out alone."

It took me a while to process that Jacob had come to sit beside me and hold me.

"Can you believe my sisters?" I asked him. "They came and wouldn't answer my one question!"

"Maybe, maybe we could leave. I've been hearing rumors that Samuel, he's missing from the neighbor's plantation. Or you could pretend to get sick, shave your head or something. But maybe not, maybe they'll hurt you." Jacob shook his head. His body shook with anger. "I just know if he lays his hands on you I'll strangle him."

Jacob was smart. If I could make myself not pretty, would that be enough? Did my sisters answer my pleas after all?

A whirlwind of reflections and hypotheticals swished through my mind, my hand clasped firmly into Jacob's. I tried  to intertwine my intuition into his intelligence. His soul was warm as it whispered to mine, and I felt my sisters giggling in their hiding place, until the forest's quilt unraveled suddenly.

A voice- not mine, not my sisters', not Jacob's- spoke. "Who exactly you think you gonna strangle, boy?" 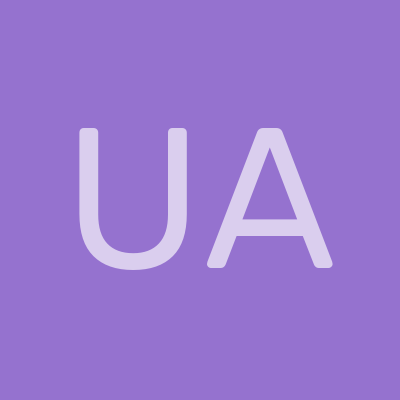 Chilling, heartbreaking, but so beautifully written and done!