Submitted into Contest #87 in response to: Write about someone who hates pranks and spends April Fools’ Day doing good deeds instead.... view prompt

Praful caught hold of Chotu and asked him about Utkal Diwas. The small boy otherwise unaware of the day, knew that it fell on a holiday. Without understanding the significance of the subject, he could easily talk about Utkal Diwas as was taught to him by his school. Both Praful and Chotu made a good pair, happy and playful.

Praful a young aspiring guy looking for an employment was very fond of his nephew – Chotu for his innocence. Nephew was after all a small boy of seven years with an eye and ear for spicy news. Praful caught hold of the boy and spread out an India map in which all states and union territories were shown with boundaries and distinctly marked in different colours for easy identification. Chotu could easily identify Orissa. Praful told him that Orissa was known in olden days as Kalinga and more often called as Utkal. The boy was explained how India was divided on linguistic basis and thus Orissa state was formed by carving out of the then Bengal and adjoining states. The formation of the new state was from first April 1936. Giving more and more information about the state, its people, natural resources etcetera would obviously keep the child boring. So, he tried to hold his attention by bullying and teasing.

“Hi, Chotu, do you know one thing? Tomorrow is 1st April. Do you know what it stands for?”

“Yes. I know. Just now I told you. It is Utkal Diwas. Why uncle? Have you forgotten so soon?”

“No. No dear. There is something more interesting. Guess that.”

“I don’t know. I am going out for playing. You talk to Grandfather.”

Then Praful told him about April Fool’s day, a day exclusively reserved for fooling each other. No distinction between young or old and no difference between big or small. Chotu was thrilled by the idea of fooling everyone in the house, most importantly his uncle Praful who kept chiding him.

“See uncle. Right from morning I will be fooling you. Don’t ask me how I am going to do it. As many times I fool you, so many times you have to get me ice creams, toys, dresses and anything I ask you. Okay?”

“What if I fool you? You will immediately start crying. That’s part of your routine.” Before he could complete Chotu exclaimed, “Then also you must get me what I ask. Whether I fool you or you fool me, I am the winner. Okay? Deal okay?”

Owing to the Utkal Diwas, the school had organised a quiz programme on 3rd April for students of second and third standard. Praful therefore decided to fool him by framing questions on Orissa. If he directly asked Chotu to get prepared for the quiz programme by learning about Orissa and its unique features, he was sure to disobey and run away. In the name of April Fool’s day, he wanted to rope in a few questions of general knowledge.

Next day early morning, Chotu called his uncle. “See. Somebody has come here and calling for you. Go out and see.” Knowing fully well that the boy was trying to fool him, he dismissed it. But after all he is a small kid. ‘Why disappoint him?’ So, he went out to see if anyone was there. Chotu got thrilled and excited in fooling his uncle by this simple technique. Rings of laughter and clapping went on for minutes. Then Praful said, “Beware! My turn will be there and you too will be fooled.”

“No, no. I am very careful. You try harder and then also, you will be the loser.”

Praful asked “Tell me the name of a big lake in Orissa.”

“Oh! You lost it. Mahanadi is a river. Not a lake. Okay tell me biggest lake not only in India, but in the whole of Asia.”

“You silly boy. Mississippi is not in India, nor in Asia. I am asking you about our Orissa. It is Chilika Lake. Have you forgotten? We went there for a boat ride also. See you got fooled. Keep counting the scores. You lost one point now. Now next one. Tell me the ‘Leaning temple of Orissa. We had gone there when you were a small boy.”

“Yes. I know. From any side you see, the tower will be leaning to one side. It is Huma Temple. Bimleswar Shiva temple.”

“Very correct. It is one of the two temples in India with a leaning tower. Unlike Italy’s single monument of Pisa. You won and scored one point. Now one more question. This also you know. Tell me where do the rivers end their journey after flowing for long distances? Which creature is nursed and protected very carefully every year?”

“Arrey! Is this any question? All rivers end their journey by drowning into the sea. Something more you asked. Is it fish? Is it dolphin? Oh! I know you are asking about Olive Ridley turtles. I remember them. My goodness. So many of them! We saw small and tiny ones. They were moving very slowly. The big ones moved very fast.” He continued.

“Uncle, I got one more point. See I answered all. You are fooled. Right from morning, you are getting fooled. I am winning.”

This way both uncle and nephew kept themselves busy. Praful kept asking about Patnaik, the unique sand artist of Orissa, Konark Sun temple (the one and only temple where Idol of Sun God held suspended by magnetic force, but unfortunately lost now due to cyclones and storms that lashed the shores some years ago), Jeypore waterfalls, Taptapani hot water springs, Paradeep Seaport, Dhauli Peace Pagoda, Pipli handwork, Taratarini ropeway, etcetera. Most of the places Chotu had visited and about some places he had heard about and some he now learnt.

Before Chotu would get bored and get away, grandfather called him and gave him a cover. He took out the letter and asked the boy to hide it under the pillow in his cot. Then he gave the blank cover to Chotu and asked the boy to go and give this cover and tell his uncle saying that he was not selected for the post he had applied for.

Chotu as advised by his grandfather, went to his uncle and enacted a sad drama. “Very sorry. Uncle. Grandfather gave this letter to be given to you and he felt very sorry for you. Don’t be disappointed very much. Abdul Kalam Sir also lost once, in his attempt to get selected as a pilot. Better luck next time. Cheer up for now.” He came near and gently patted his uncle as though he was comforting him. The boy was waiting for his uncle to burst into anger and shower all curses.

Praful took the cover. He saw the address from where it came. He was simply shaken and shattered. He did not even take out the letter and see the contents of the letter. So, he did not even realise that the cover was empty and there was no letter at all inside. Chotu was waiting for his uncle’s reaction and his success on fooling him. Praful’s not opening the cover disappointed him. He ran to grandpa shouting all the way. “Uncle is not even opening the cover. What to do now?”

Then Grandfather told him to bring the letter kept hidden under the pillow. “Now go and give this letter and tease him to your fullest.”

Chotu took the letter and fanned and swayed it on the face of his uncle. “April Fool April Fool! Praful uncle April Fool. I won the deal I won the deal.” Grandfather also got involved. He wanted to enjoy the boy feeling great about his victory on fooling his uncle. He gleefully acknowledged. “Hey Chotu, even I was fooled. When Praful did not open and see the cover, our plan of teasing him got dampened. So, where is the fun? In stead of our fooling him, he had bowled us.”

Hearing some anonymous clamouring sounds, both father and mother of Chotu also joined the gang.

Chotu joyfully explained everything in detail. He complimented saying, “All are welcome here to see uncle Praful. Look at him. Is he happy or not? I made him happy. He got fooled, but he is happy. Finally, I won the deal, you see.”

As for Praful, his joy knew no bounds. He was happy beyond words. He lifted Chotu and tossed him in the air and said, “I don’t mind getting fooled hundred times – if I have to get this coveted job in this manner. I will give a treat to all. All are welcome.”

Trick or treat is for Halloween. Get teased and give a treat is for April Fool. That is why it is called All Fools’ Day.

From what you have posted I guess you did not like my story. After all it is about people getting fooled on April fool's day. 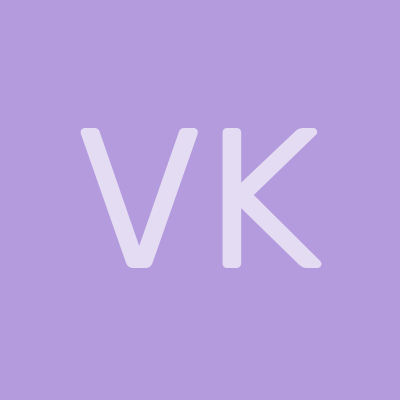