Submitted into Contest #49 in response to: Write a story about two strangers chatting while waiting for something.... view prompt

“Okay listen, they are going to take you back one by one so you will be alone when they question you, but while you wait for your turn you will be in the waiting room. When you go back, be confident and stand tall, be sure of yourself and speak clearly. Also do not talk to anyone unless you are spoken to. Not even people in the waiting room because they can get you into some big trouble. Look at me Hazel, you can’t mess up with this, it’s life or death.” I just look at him. No words are able to come out of my mouth. I am terrified but I can’t show it, at least not in front of Jeb.

“I’ll be fine,” I mutter. “I’m not scared. We both know that they can’t hurt me, I’m stronger.” He pulls me into a hug and his breathing gets heavy.

“I can’t lose you Hazel. You’re all I have.” I can tell that he wants to cry but he is holding it together for me. It is embarrassing for an older sibling to cry in front of a younger.

When Jeb and I were younger our parents were murdered by The Authorities and so that put Jeb and I on the run. We are just two teenage orphans trying to escape The Authorities but it’s not as easy as it sounds. The Authorities have armies and weapons that no man could fight against. Around the city there is a force field not letting anyone in or out. Every citizen has to go in yearly for questioning and sadly, if you were born here you are a citizen for life, like it or not. It’s like a prison, no people come out and no one comes in. Everyone hates it here but we can’t fight back. Every month The Authorities post a list of twenty people that must be executed. If they do not show up in the square to meet death at the time that is commanded, they will be hunted down and all of their family will be killed.

Two months ago, it was our parents. Silently they kissed Jeb and I goodbye and walked to the square. As the guns fired they kept a steady face and did not give in to the pain. I am proud to say that they were my parents. My mother said to me the day before she died that I needed to always be there for Jeb. I needed to be strong and do what The Authorities said. The last words I remember her saying to me was; “do whatever it takes to stay alive, you and your brother have your whole lives ahead of you, don’t waste it.” I nodded and she smiled. I had to stay alive, for her.

As Jeb gave me one last hug, I got out of the car and walked into the huge building. A man at the front desk told me that questioning was on the third floor. I thanked him and headed towards the elevator. As the annoying elevator music played, I slowly passed the first and second floors. When the voice said that I was on the third floor and the doors opened, I saw a big room with many chairs, most of them with people in them. There was a lady sitting behind a counter so I walked up to her not knowing if I needed to sign in or something because this was my first questioning.

Without speaking she pushed some paperwork toward me and mentioned for me to sit in one of the chairs. I thanked her and walked toward an empty row of seats. I sat down and started working on some of the paperwork. It wasn't hard, just easy questions like my name and my birthday. I know that I did not have to rush to fill it out because of all the people who have already been waiting in this room for hours. Poor Jeb, having to sit in the car for all this time that I would be in here. He knew that he was not allowed in because when you are questioned, they do not want anyone or anything to persuade you to give a different answer. Everyone knows that if they find out that you have committed a crime or even if you lie to them about anything, you would be dead by morning.

Suddenly I heard a voice calling my name, I turned around and it was a man who also seemed to be working on paperwork. I remembered Jeb’s advice and just ignored him but he continued to talk. “Hazel, I was friends with your parents and I need to tell you something about them.” Now this guy was scaring me. He used past tense when he was talking about my parents so he knows they are dead but how? I had never seen this man in my life so therefore I obviously don’t trust him. I keep ignoring him but he keeps going on and on about how he has to talk to me about something. After this continues for a little while other people waiting start to stare.

Annoyed, I quickly finish my paperwork and walk up to the lady at the desk. I hand it to her and she takes it. Then I say, “that man over there,” I point at him knowing that it’s rude but I don’t care. “He keeps trying to tell me stuff that I don’t want to hear and it’s bothering me.”

The lady just stared at me for a minute, then she said, “That's not my problem, if he’s bothering you that much you should move seats.” Seeing that she had no more to say I slowly walked over to my seat to gather my belongings so that I could move to the other side of the room when I realized that my wallet was taken out of my purse.

Immediately I looked at the man and approached him. He smiled and said, “I won't give it back until we talk.”

“Now?” I replied. “I have to go to questioning and if I leave the room they might shoot both of us.”

He looked at me probably thinking that I’m stupid even though I am not. “Trust me Hazel, it’s worth it.” So completely disregarding what Jeb told me, I followed the man out of the waiting room and into the elevator. I had completely lost my mind but once I realized that, it was too late.

Thank you! Of course I will!

Good story👍 My favorite part of all is probably the ending. To the point! Mind checking out my new story? Thanks.

Thank you so much for your comment Glen! I really appreciate you giving me this feedback! 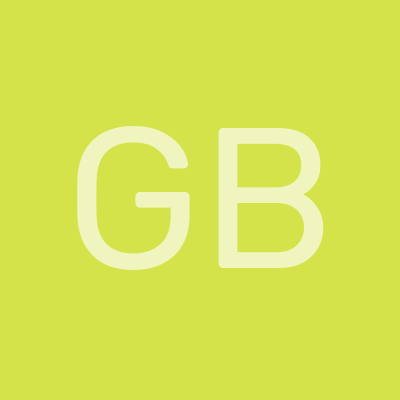 Hi Ella, i was directed to comnt and critique your story....a great read by the way. A gripping start with good suspense. Might you add a little 'showing' of these characters phsical appearance. Small thing- in par 3 and 6 i am confused as to who is the eldest sibbling. Paragraph that begins 'without speaking' - i think you mean 'motioned' not 'mentioned'. Also, how does she know the others have been sitting there for hours? Paragraph that begins 'suddenly i heard' - a great hook provided. Par that begins 'annoyed' you seem to shift to ...