Submitted into Contest #48 in response to: Write about someone who has a superpower.... view prompt

The night was so dark and who would have thought it was a full moon? I mean, the NASA would probably have, but I would have not. I looked at the green necklace Ms. Griffin gave me. The green stone at the heart of the necklace was a bit shining somehow it was like connecting with the moon. I leaned my back on the wall in the alley. It was 11.50PM but the quietness changed the atmosphere like it was 03.00AM. I usually work at this time but I took my day off for something Ms. Griffin—the teacher of the Mutant School I study at—asked me for.

It was ten hours earlier, I got a call from Ms. Griffin through Jessica Bennet. I headed to her room right away from the library but she wasn't there. I sat on the couch and the room was so quiet and calming. I couldn't see anything—for I was closing my eyes—all was so dark and so calm. I heard the clock tick and tock and I felt like I was being hypnotized. I could feel the wind comfort my zone and my hearing started giving me the sound of silence. At the time, I didn't realize that Ms. Griffin has back. I was like hoping Ms. Griffin was not there so I could sleep for a moment. Nothing is greater than being alone and sleeping.

“Andy.” She called me. I could sleep really well there, yet Ms. Griffin shouted out at me. “Andy Hass Luther!!” She called my full name like my mom did every time I am in trouble.

“You mean I need to knock before I come into my own office?”

I chuckled—in an awkward way. “That's not what I mean.” Ms. Griffin is a teacher who always jumped into conclusion. “So, what is that, Ms. Griffin? Why did you call me to your office?”

“Well.—” she got off her chair and walk. “—just a small favor.” She leaned her waist on her desk. “I was like to start our conversation by talking about the moon. I heard you love the moon so much and this favor is kind of...a moon?”

This mutant school uses dorm system and I’ve been here since I was fourteen. It’s not surprising anymore to see people saw me stay up late at night on the roof just to seeing the moon. I told them I love the moon, meanwhile it’s just to seek comfort and loneliness.

“It does not matter.” She took a box from her drawer and showed me a beautiful necklace. The ray of sunshine shined it, made it looks more beautiful. “Pretty, isn't it?”

I nodded, but I still don't get it. “Whose necklace is that?”

“Good question. I don't know either. That's why I call you.”

“This midnight, go to the paradise season, there would be an alley nearby and you will find the owner.” Ms. Griffin put the necklace back to its box and she gave the box to me.

“Ms. Griffin, I have a job, and this is not a thing. You can ask the beginner, the new students, the cadets. I am a collegian here.”

“You are a collegian so you think you are like—” Ms. Griffin made a quote sign. “—senior?”

She folded her hands over her chest. “You want to do me a favour or not?” she asked, and I just stared at her. “Give it to me.” Ms. Griffin continued. “You're right, I'm just going to give this mission to the cadets.”

“And you're going to lessening my score. Lucky you I have my day off today—” I was actually not. “—Make sure you'll give me an A.” I put the box in my pocket and left.

“If you pass this you're going to get more than an A!” She shouted, I could hear her even though the door has almost been closed.

Now, it's 11.59PM. One more minute, but why? why should at this kind of hour? I should have asked her. I was about opening the box again to see the moon on the necklace, but I've been a friend of night since I was 14. The night wind was whispering at my hearing, telling me that something went wrong on the bush, and just right after, a dagger was thrown at me.

I am not good at fighting, I am not a front liner, I am an informant and alliance support, but getting away of a dagger is not a Thanos mission. I just need to stand up of my lean and the dagger missed my head.

In the movie, the actor would shout out Who are you ?! so loudly, but loudness commonly shows fear, and villain gain power from fear. I put the box in my jacket and wait until the person who threw the dagger shows up.

“She was true. Calm, and Standby.” The man said. “Give the necklace to me.”

“Because I am the owner. Come on, you did great. Don't worry, I'm not a bad guy, that dagger was just to have fun.”

Something went off. He's true, he's not a bad guy, I can feel that. My brain did a little rewind to the word he said earlier. —She was true. Who? Ms. Griffin?

His hand was still waiting for the box, his eyes looked at me, but his smile was fading. “You don't want to give it?”

I looked at my pocket where the box is placed. “Why? What’s your plan if it’s true?”

“Trust me, little dude. You'll never want to make a deal with me.”

Everything got even weirder. “Why are you so insisting and mad? Isn't this just a necklace?”

A girl, from the roof above the alley said, “That's not just a necklace stupid boy.—” just in a glance, she suddenly next to me. “And that's mine. Thank lord you haven't given that to him.” This unknown girl, is fast.

“Her name is Cheryl.” The guy said and now I know he could read mind.—seemingly he's also good at fighting or at least at throwing a dagger. But one question popped up on my mind, are they mutant? My stare switched to both of them.

“So you guys both know each other, and both of you want this necklace. One thing for sure, we are not a seven year old kid anymore who's going to fight over something trivial. Conclusion, this necklace is not yours and yours.”

They stared at me, I guess I'm true. “So, tell me. What's the mission? What's this and who you really are?” The man—that I still don't know his name yet—smiled. That smiled was like pointing to my conclusion in a good meaning. “I don't know what Ms. Griffin is up to and why you both want to be under her slavery. The point is, I don't want to get in charge to this immature game and just going to give the necklace back to Ms. Griffin. Good night guys. You both worked hard.”

I turned back but suddenly I couldn't move. The man wrapped his hand through my armpit and then he locked my shoulder. His foot also locked my step. The girl name Cheryl came to me, “Just give us the necklace and all done.” Cheryl said. She zipped off my jacket to take that box of necklace. I actually could have just let her take it, but something told me that the real mission is not to give the necklace to both of them. That's why Ms. Griffin asked me to do this mission for she’s sure Cadets would probably just give it away. But let think twice, It's with Ms. Griffin since the first place. Why did she play game to me? Giving me the necklace to keep it from these people? Doesn't she just need to keep it herself?

I couldn't move my body, but both of my hands were still free at least to touch Cheryl. They should have done a bit research before they make a deal with me, cause this situation was still not taking the lucky out of me. I am a mutant and tactile hypnosis. I am capable to do mind manipulation through my influence by physical contact. So before Cheryl took the box, I rubbed her neck. “Cheryl, don't.” I whispered and Cheryl stopped doing that.

I punched the mind reader with the back of my head and he's bleeding. “You have a strong skull.” He said. “And you need to learn more how to lock people's move, stranger.” I replied.

“My name is Kai and I am impressed with your thoughts.” I didn't have any interest to continue so I just turned back and walk without giving any responses. Yet Kai prevented me. “Hey, don't go! We're done, the rule is you give the necklace you lose, we're casted by your power we lose.” Kai said.

My eyebrows furrowed. While I was coming back again, another man clapped his hand. There was a woman standing next to him—it's Ms. Griffin.

“You underestimated him, Noah.” Ms. Griffin said to the man. Now I know who the man was, He was Noah J. Flynn, known well as The Black Feather of the biggest superhero organization called Íroes.

“Yeah, I should have given this mission to the higher rank instead of the stupid impatient Kai and Cheryl. Hello, kid, I'm Noah, I work for Íroes.” He offered me a handshake.

It's glad to meet the legend, but what's this again? Why Íroes included here? What nonsense is this again?

“What makes it nonsense, Pal. Ms. Griffin recommended you to Mr. Noah to join Íroes, and that was just a little test to see how you working.” Kai told me.

“Welcome to Íroes! Hope we can be at the same team!” Cheryl said. 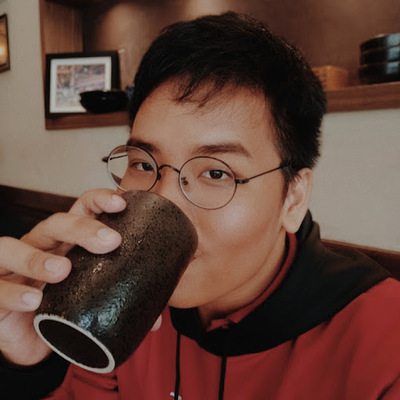 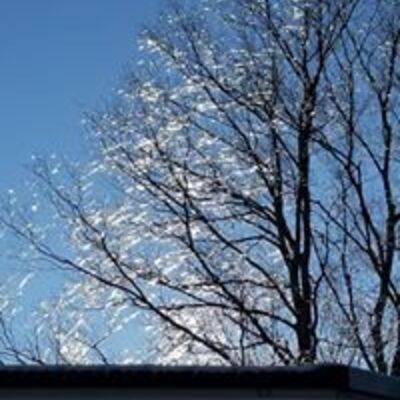 the submission addressed the prompt. Loved the idea, the plot. Story has a definite beginning, middle, and end. More details on exactly who the main character is would be helpful. Get a friend to edit for basic English style and grammar, or join a writing group. Keep at it. You've definitely got something here.

wow! thanks a lot for leaving such a wonderful comment! yeah, been working hard for grammar yet I keep being so bad at it :'(. do you have some writing group? or have any suggestion for me to find one? because the writing group in my region is mostly use Indonesia language. by the way, i'm gonna read your story, too, cause I'm sure I'll learn a lesson. God bless <3

Grammarly at https://www.grammarly.com/write-with-confidence?utm_source=quora&utm_medium=cpc&utm_campaign=F2&utm_phase=student&utm_content=write-confidence should help with basic English suggestions as you edit. Also, I lead a writers group. We meet at 5:30 p.m. on Zoom on Thursday evenings. Here are the guidelines: http://pencilsnepa.com/guidelines/. We are a variety of ages and interested in several different genres. Time difference: https://www.timeanddate.com/worldclock/converter.html?iso=20200716T213000&p1=2147&p2=108 If you... 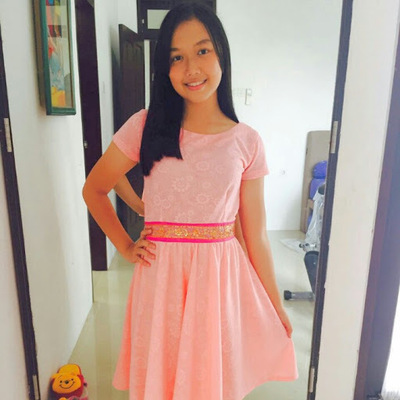 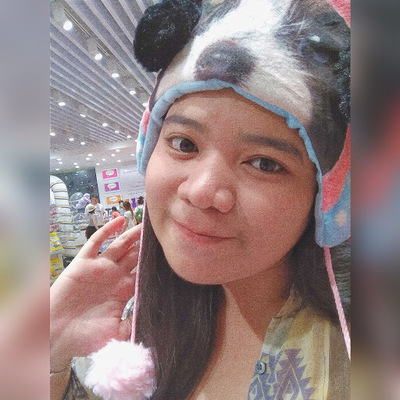 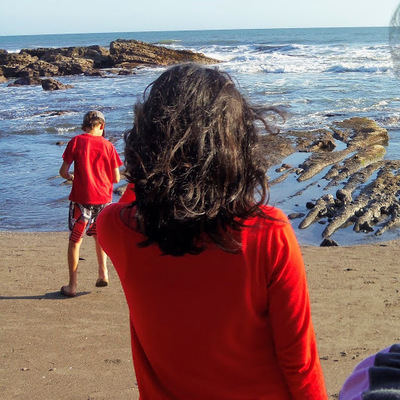