The moment you step onto the transmat pad, the screen flashes text that lasts for a second:

Transmat side effects may include—You remember the fine print of the waiver you signed. You know the side effects by heart. Dizziness, nausea, disorientation, tightness of skin, a feeling of hopelessness, euphoria, existential crises, discombobulation, reconstruction errors, fatigue, diarrhea, infertility, hypervigilance, distorted visual perception, seizures, and severe psychosis. Additionally, a minor variation of molecules is to be expected. The development team required you to memorize them, to make sure you understood the risks you were taking when you signed up for this. It will be worth it, you keep telling yourself as you stand on the pad, naked and cold.

The next second, the screen flashes more text, but this text stays: Test Subject 83. In the same second the transmat pad beneath your feet (a meter diameter circle) begins to glow a soft yellow and your skin pimples as the reality of transmatting starts to settle like sour milk. The development team already has a molecular map of your body, but they have to create another one before immediate departure to capture any atomic changes that may have occurred. Less than 200 milliseconds and the transmat pad dims. More text blinks on the screen, too fast for you to actually read it, but you know it says, Mapping Completed. When you arrive on Europa, you'll start a new life, you'll be free, you'll—

The third second is pain. Pure and unadulterated. Your molecules become atoms, your atoms split into subatomic particles, and your subatomic particles break apart into quarks and electrons. The space you once occupied is devoid of your coagulated mass and you drift aimlessly until the energy created from ripping you apart jettisons you into space with faster-than-light speeds that laugh in the face of escape velocity.

The fourth second is senseless darkness with vestigial echoes of the pain for becoming both a particle and a wave. You cannot see or hear or breath. But you can think. You remember reading about a hypothesis that stated consciousness is a different state of matter. While you might not be a physicist, you could potentially come up with a theory or two about it, because you're somewhere, you're thinking, and yet you're nowhere. The nothingness overwhelms you; you are alone in the void of space, where the light from stars cannot reach you, where you have been for twenty-eight years of your life, and you wonder why. In this universe that extends so far beyond the bounds of human comprehension, you grow cold with terror at the thought—how you're cold when you can't feel is something for the development team to try to understand. You are nothing but a subatomic particle within the body/heart/mind of this vast universe; there is no why. Everything is arbitrary; everything is pointless.

The fifth second is white light, a scattering of photons over you like snow. You've never seen snow, but you decide it looks like millions of photons illuminating your skin until you glow with the radiance of the nearest star. You are filled with light, your particles shaking hands with others, your waves synching tangentially with theirs. Fear cannot touch you here; you dance with exotic particles and make friends with the muons and taus. You are invincible; you are billions of trillions of particles and nothing can touch you. Nothing could ever touch you.

During the sixth second, flashes of memories cloud the white light. Your mother tucking you in at night. A family gathering by the lake. The reddening sun through the haze of the thin atmosphere. The night they knocked on your door, their faces covered, the guns in their hands, the blood. So much blood. Your second family and their smiling faces, trying to be exactly what they wanted you to be. Your third family and their expectations, unable to meet standards they wanted. Finding yourself at the club downtown with the queens and bears even as the waters were rising. The hurricanes that leveled the skyscrapers. The diaspora of the city. The refugee camps.

Seven seconds after you stepped onto the transmat pad, you want it to end. The transmat will never end. You'll never get to Europa, or if you do, the terraformer won't work and you'll be stuck on an icy moon with nothing and no one. You'll freeze to death with the only sunlight reflecting off of Jupiter. Dread is cold, you decide. That's what you've been feeling since you arrived at the facility today. You signed a one-way ticket to an early death, you and the other ninety-nine test subjects.

The eighth second is another one filled with pain as your body is reassembled, an agonizing process that feels hundreds of years long instead of a thousand milliseconds. You feel each quark realign into protons and neutrons. Electromagnetism reverberates through you as your electrons bond and atoms reestablish themselves. Molecules collect, remapped, stitched back together, you're whole once again. You question if it's worth it, but it has to be. It must.

You inhale cold air in the ninth second and your eyes blink open. The window before you shows a landscape. Photons in drifts across a barren land—no, snow. That's snow. The sky is filled with Jupiter's yellow glow. Mountainous glaciers capped with snow: a blue, white, and yellow moon. Distant figures move across the landscape, machines and maybe humans; snow swirls in the breeze. Icicles hang from a tall metal structure. You take it all in and recognize the beauty of the frozen moon. "You made it." A voice you don't recognize, and you feel wrong. There are too many colors, too many yellows and blues, and you can see the reflected light move through the atmosphere and refract like secondhand smoke.

That last second, the tenth one: the window becomes a screen that reads, Welcome to Europa. Your head spins, and you're falling, but you don't hit a floor. You just keep falling and falling, the cold wind rushes by your ears and makes your nose run. You stumble forward while you're falling, leaving the transmat pad, and you blink again. You stare at the screen; someone touches you. "We're free." Yes, you are. You made it to Europa. But you're afraid to look at the person who touches your arm, because no one knows you signed up for testing, and a lifeless body in a white coat lies beneath the welcome screen.

Wow! That was intense. I liked it a lot. I recommend reading this while listening to a fast paced score. 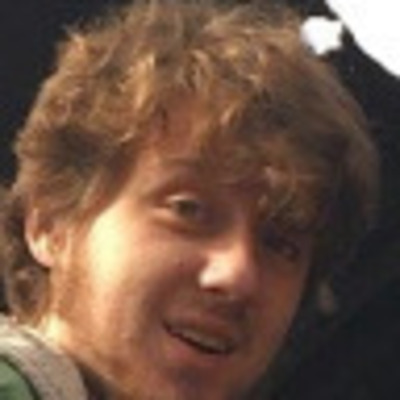 I loved it!!! Your interpretation of teleportation is really cool, especially consciousness still existing throughout!