Submitted into Contest #23 in response to: Write a short story about someone experiencing their first winter.... view prompt

Laura, a 6 year old girl was playing in her room with fake clouds. The fake cloud she made, was her drawing. She added some smoke by burning some wood.

'What is she doing?', Laura's new drawing teacher asked. Laura's mother Camilla replied ' she loves clouds, i told her what clouds are and what it looks like, She loved it'. The teacher asked 'what are you saying, can't she see real clouds outside?, why playing with the fake ones?'.

Camilla told the teacher about Laura's disease. Laura was allergic to outside, from her childhood she can't tolerate the weather outside, she had so many skin diseases. That's why Camilla never took Laura outside, Laura's room had no windows. Even Laura doesn't knew that there are real clouds and she could go outside.

The teacher said ' she can't spend her entire life like this, you have to take her outside, see the doctor or do a treatment. Laura is normal like other child, she has every right to know about everything. Eventually when she will grow up, you have to tell her. So tell her now'.

Camilla replied ' you know i have to protect her, i cant do this.' Camilla's face looked pale after saying those words, she was about to cry but somehow she held her tears.

Winter season was knocking at everyone's door. Laura was watching her favorite cartoon show 'Pokemon'. Camilla thought she could buy a gift for Laura. Camilla made an excuse to go outside, she told Laura she was about to take a nap and it will not take long.

Camilla opened the back door slowly, but by mistake for the first time she forgot to lock the door. She never does that, this was her first huge mistake that could go horribly wrong. Laura was told that it was not a door, it was the end of their area, she could not go any further.

Laura was bored, she was walking around and suddenly she noticed the door was unlocked, even her mother told her it was not a door, she wanted to see if it really wasn't a door. She came close and she opened the door. The door was finally opened.

No one knew what was about to happened to Laura, she could die, she could fell ill, anything could happened.

As Laura opened the door, a cold breeze touched her skin, the winter wind felt like heaven to her. Laura never felt that good before. To her it was like she entered into some kind of other dimension. She stepped out of her house, touched the trees, touched the ground. She began to run and fell into the pond,she thought it was some kind of big bowl which had cold water. She began to swim, but she never learned swimming. There were other people just like her, she talked to them. She looked at the sky and saw the same thing like clouds, she was confused, she thought which one she should call cloud, the outside one is far more beautiful than anything. Laura knew about everything but the fake ones, the trees, the clouds, the sun. Laura decided the outside was better than anything. She liked it more. That day she promised herself she will only play outside the house, she was excited, she experienced her first winter without even realizing it . She ran towards the house to tell her mother about this, but suddenly she fell on the ground and she fainted.

Laura opened her eyes and saw her mother, she cried and wanted to tell her everything. Laura noticed she was laying in the bed.

Camilla asked Laura ' why you were sleeping in the sofa my dear?'. Laura was shocked and wanted to explain. But she thought it could be a dream, it's not real. Laura never told anything about the incident to anyone. She sometimes tried to open doors but it was locked every time.

It was very strange and confusing for Laura, but after 2 days she realized it was not a dream, she fell that day and got hurt. She checked her foot and she had a wound. Laura was finally sure and happy but she never told her mother and stayed quiet. She knew her mother had reasons about this matter, she loved her mother more than anything else and supported her always. But her experience was great and that was the happiest day in her life, she didn't knew she had celebrated her first winter.

Fantastic🖤 i am a fan of your stories.

Im happy to know that💕

You are doing great. Just focus on the character more 💕💕 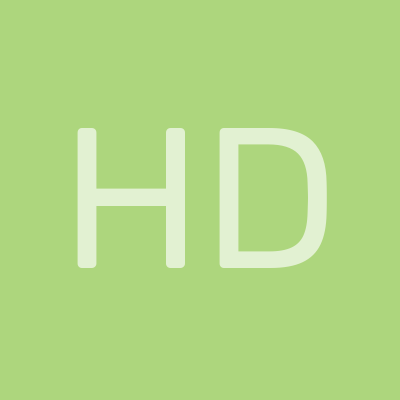 Its my favourite one💕