Submitted into Contest #108 in response to: Write a story about a character who’s trying to fill an empty space, literally or metaphorically.... view prompt

Thirty-three-year-old housewife, Brenda White gazed fondly at the words: FUCK DATE  marked on the calendar.  Friday the 18th of December 2020, tonight at two a.m. she would be at her peak fertility. Brenda and her husband Dave had been avoiding any sexual relations for a month to increase their feelings of desire for this night of fervor. They had been trying to get pregnant for years, but with no luck.  She said to herself, “After eighteen years of trying to have a baby, tonight we will succeed!” However, when Dave came home from work that Friday afternoon, he announced that he had invited a co-worker and the man's wife, over to their house that evening, for a game of cards. Brenda was incensed and stamped her little foot, “Oh Dave! What about our night of passion?” “Hun, it’ll only be for a couple of hours and they'll be gone by eleven,” Dave said. He mixed up three gallons of his Guava Surprise: three parts watered-down guava juice and one part moonshine. “Who are these people?” asked Brenda." The African-American-man Darrel, that I work with.”  “He says he likes white women.” Dave chuckled. Brenda asked, “What does that even mean?” “Who doesn’t like white women?” “Especially one as hot and horny as me.” “You can have your friend over tonight mister, just as long as there are some of your little sperms in my womb at two a.m.” Dave turned around and left for the garage and then he shouted back, “Make sure you wear those yoga pants I like, and that tank top, it looks good with your blonde hair!”

Eight o'clock, Darrel and his wife Nancy arrive. Darrel seems conceited and arrogant and Brenda is captivated. A perfectly handsome specimen of humanity at six foot four, Darrel’s bulge seemed to fill his track pants and she speculated to herself, “Is it true that black men are blessed with bigger dicks?” The foursome guzzled Guava Surprise around the card table, Dave deals the cards and states matter of factly, “The game is Strip Poker.” Twenty minutes later Brenda is the first contestant to be unveiled, the other players stare in admiration of her glorious thirty-eight, double D charms. Well into their cups after an hour, Darrel was the last to be naked, and Brenda’s eyes popped open in disbelief when she saw Darrel’s humongous erection! His peen was standing straight up like a scaled-down baseball bat, it sported a giant head, long thick shaft, and a pair of tennis ball-sized testes. Married to Dave at eighteen years old, Brenda had only seen just one penis in her entire life, Dave's. Darrel's dick seemed three times bigger in length and breadth than Dave’s modest six inches. She grew wetter and wetter just looking at Darrel’s majestic truncheon, wondering to herself, “I wonder what Darrel's cock would feel like in my pussy?”

At ten p.m. Brenda suggested the game change to Truth or Dare and goaded Dave into kissing Nancy’s bare breast. Dave challenged Brenda to lay on her back, legs spread eagle on the floor. Brenda invited Darrell to rub his commodious knob against her tremulant twat. Quickly, Darrel jumped up and ran over. He knelt in front of her and placed the tip of his heroic cock against her quivering vulva. Her juices splashed off. Brenda gasped silently to herself, “Oh my God, the head of his willy looks like a big black cherry.” Darrel moved his giant knot up and down, once, twice, ten times. Each millimeter of Darrel’s fuck head rubbing against her clitoris sparked waves of pleasure in Brenda. Suddenly and swiftly, Darrel thrust his colossal phallus into her succulent cleft! He began to move his mighty member in and out. “Oh my God!” Brenda wanted to scream but was careful not to make a peep. Darrel kissed her and pawed her 38 DD breasts while he pumped her. She kissed him back, wrapping her legs around his ass, and thought, “He is the best kisser and the best fuck ever.” The room was quiet save for the sound of softly slapping skin. Brenda looked up at Dave and Nancy. Dave was watching in horror and stunned incredulity.  Nancy was looking on with happiness and approval. Five minutes later Brenda silently orgasms.

It has been ten minutes since Darrel began fucking Brenda. Dave yells, “Don’t shoot into her man!” Brenda orgasms a second time and whispers in Darrell’s ear, “Shoot it into me!” Darrel begins to spasm, he let out a mighty bellow, giving Brenda one last deep thrust, then he spurted for a minute.  Brenda quietly says, “I can feel it”. Finally spent, Darrel pulls his giant member out of the discombobulated Brenda with an audible pop. He shakes the weapon, then casually gets dressed, ushers his wife out the door, and leaves. Incapacitated, Brenda is on the floor with her legs splayed open, oozing Darrel’s ejaculate. Dave weaves on his feet, staring at her vagina for five full minutes before speaking, “He shot into you hun.” Brenda mumbles, “He was just supposed to rub it.” Two a.m. Saturday morning they have sex. Brenda thinks of Darrel’s battering ram washing her womb with his precious seed. As Brenda drifted off to sleep she said her prayers and hoped Darrel was thanking All Mighty God for the bounty He Hath delivered unto him. In the morning, Dave looked so very sad, like he was having some deep regrets. Brenda chuckled silently, “Was what happened last night just random events?” “Or, were their undercurrents of planning? “Who made the event happen?” “Was it me?” “ Darrel?” “Nancy?” “What about Dave?” “What was he thinking?”  “Who would invite the big bad wolf into your home to eat up your little lamb? “Not just to eat, but to impregnate!” “He has to spend eight hours a day five days a week with Darrel.” She chuckled to herself. "I wonder what Dave thought when Darrel moaned like a bull and he saw Darrel’s giant schlong squirt into his orgasmically fertile wife’s womb?" 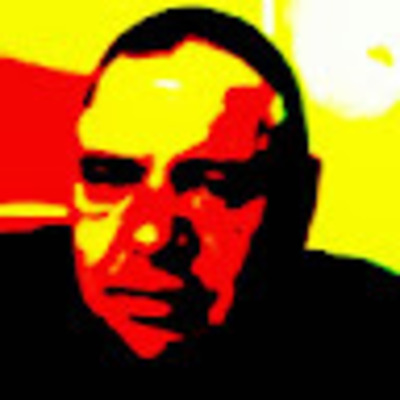 My kind of story. I'm at work and I couldn't stop reading it. I wish this one continued so I could of read about all the drama that was about to unfold.