A Walk through the Park: An Invisible Threat

Submitted into Contest #35 in response to: Write a story about someone walking through a park on a spring evening, told only through internal monologue. ... view prompt

Dusk, not that far away from the edge of the town, Henry decided to go for a walk at the local park just two blocks from his house. Karen, his wife, advised him to dress warmly. He returned the comment with a smile and a kiss on her cheek. He didn't heed her suggestion. Henry put on his lightweight spring jacket and slip-on shoes, then headed out the door.

'I should have worn those long underwear Karen got me for Christmas,' Henry thought to himself as he thrust his hands into his jean's pockets and subconsciously shrugged his shoulders higher to his ears in hopes that it would contain more body heat. It had been chiller than he expected despite the warning from his wife. 'How could have she known. She never left the house,' he thought with an eye roll.

'Honestly, it's hard to expect any type of specific weather these days. Global Warming my ass,' he grumbled internally, feeling like a much older man than his actual early middle-aged self. He smiled and chuckled that silly feeling away just as a cold breeze overtook his body.

Henry vainly tried to tighten the collar of his spring jacket to prevent cool air from traveling down it. He tucked his hands back in his pockets. 'What is this?' Henry fingered something soft, yet also containing some crispness. He pulled out a used tissue. 'Blech!' His face silently distorted and he dropped the sad thing as if it was full of maggots or some other despicable thing besides his own nasal secretions. The tissue fell quietly to the path as Henry walked on.

'It is nice getting some fresh air though. Maybe I should have asked Karen to come along. Then I'd at least have someone to talk to.'

He continued to stroll along the clean walking trail, long past the discarded tissue of his own making. The sun's light making it's final grasps at the budded tree branches and last fall's leaves. Casting a golden orange hue over the park.

With a cloudless sky overhead, 'was that a raindrop I just felt?' Henry heard a little panic in his internal voice. 'Maybe I should turn around. This damned-able spring weather can change at any time like a young girl's mind!' He thought, again feeling a little surprised by the “old man” thoughts he keeps returning to.

Henry ducked his head slightly, instinctively to protect his eyes from any impossible oncoming rain droplets. With his eyes locked downward and focused on the ground he hadn't noticed the other person also trying to enjoy the same walking trail he did. He heard one quick, dry cough that was closer than he would have liked. Henry shot his eyes up just in time to see he needed to move over to the right side of the trail so as the person can pass him on the left.

The other person also had their hands tucked deep into their pockets, and had their head down just a bit. But that was just enough for Henry to see this person was wearing what appeared to be a hospital face masks. Henry could feel is eyes involuntarily getting bigger in surprise and fear. Henry tried his best to push against the edge of the trail to give the person a wide birth to pass.

'Why is that person wearing a mask like that? Could they be sick?' His mind's voice was now fully panicked. 'Could they have the coronavirus all the news channels are talking about? I thought that was just a made up hoax by the media to make people unemployed!'

As the person with the mask passed, Henry held his breath in a ridiculous attempt to protect myself from whatever illness, virus, or otherwise the passerby may have. Henry hurried his pace to return home.

'What if that person had that, what did the news call it? Crow virus? And I caught it?! Should I wash this clothes right away? Maybe showering with antibacterial hand soap would protect me from it. They didn't touch me, but they coughed near me. That's how viruses like that spread, right?' Henry was out of the park now and nearly home. Just a sliver of light was in the sky as he went speed walking down his block. If any of his neighbors looked out their windows, they would have thought he was in dire need to relief himself because of his scuttling pace and worried look on his face.

When he got to the end of his driveway, he broke into a full sprint. Henry left the front door wide open as he ran straight into the master bath and began stripping down to jump into the shower. He slowed down his undressing just long enough to consider actually burning his clothes, 'The old saying goes, fire cleanses all, right? Nah.' He turned only the hot water knob in the shower on, still focused on “fire cleanses all” mantra that rang in his currently manic mind.

Karen had seen him storm into the house, blow passed her, and head straight to their bedroom. Didn't even stop long enough to close the front door! She had seen a look in his eyes during the split second as he ran through the room as if he has just seen a ghost. She closed the door before it let all the heat escape in the cold spring evening and followed after him.

“Henry, what is it? What's the matter?” she posed him with concern as she watched him continue to clumsily get naked in the overly steamy bathroom.

Before he even registered that his wife was in the room with him, Henry quickly snatched up the bottle of liquid antibacterial hand soap off the edge of the sink and hopped into the scorching water. With a little yelp of pain when the burning water touched his bare flesh, he turned to her with the same fear in his eyes and voice, “do we have enough toilet paper, Karen?!” 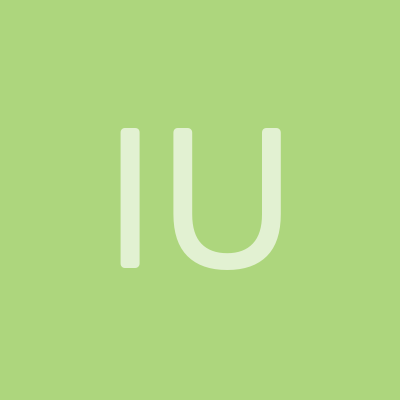 I loved the last sentence. Reminded me of what was going on in our world. good story:)

Thank you. I'm glad you enjoyed it. :) I was trying to represent the masses who aren't taking the current events seriously and then turn manic.

I found it oddly funny as we as a community are facing these problems right now too. Great Story!

Thank you. I'm glad you enjoyed it. :) I was taking a stab at some dark humor on the topic of people who aren't taking the current events seriously until they drive themselves mad and act like lunatics.

There's only two extremes right now- either completely not caring or being overly dramatic. I think people really need to start finding the medium.

Fun! Not what I expected.

Not entirely internal monologue, gucci, but maybe for a different prompt?

I took some artistic liberties with it, for sure.

Wow, really interesting. Although it wasn't told completely through internal monologue, I enjoyed it.

I did take some artistic liberties with it. I'm glad you enjoyed it.

Well done Victoria. I think you really captured the current mood of many across the world. Great job!

Thank you very much! I'm glad you liked the story. :)

Great metaphor for the current situation. Hope you are safe!! You are so skillful with adjectives and your story has a great flow.

Thank you very much for your kind words! I'm glad you enjoyed the story. I am stay and well, as I hope you are!

I loved that this gave me an actual, audible laugh.

I'm glad to hear that! My hope is to entertain. :)

A message delivered on a lighter note. I loved the end. Story reflects the current situation.

Thank you. "Write what you know" is what they say, right? Hope you are staying safe!

That's right, interesting. Ya I'm safe. Thanks for asking. How about you? Hope things will get better soon.

I am well. Thank you for asking. I hope so too.

You can never have enough T.P.

Ha ha ha! That's what some people acted like!

Wow, lovely beginning structure and what an enjoyable read it turned out to be! Good job, friend!