Cypress Wormwood: Tales from long ago

“Here, here!” They shouted. The bar tender didn’t seem amused at the sloshing glasses and spilt beer everywhere. Cypress raised his hand to try and cease the commotion.

“Okay, Alright now. I appreciate it and all, but we don’t want to piss off Marty, do we folks?” The hybrid giant bellowed over the crowd. The bar tender gave him a grateful nod. But the crowd still gathered around him anyway, eager to give him a pat on the back or a handshake.

“C’mon Cyp, it isn’t every day you save the town from a hoard of vampires.” Harold said, attempting to throw his arm around Cypress. It reached less than halfway across his massive shoulders.

“Would you keep your voice down!” Cypress groaned, giving him a whack. “As far as these people know, I rescued some folks who got lost in the woods. Nothing more. And I’d like to keep it that way so shut your yap. The less humans that know about the creatures that moved here from beyond the veil, the better.”

“Right, sorry pal. But you really are a mastermind. I never would have come up with some of the things you’ve used to trap creatures over the years, let alone have the balls to execute a plan. You’re a hero, Cyp!” Harold attempted to clink glasses with him, but Cypress didn’t budge. He hated that nickname. It made him feel like a child again.

“It’s Cypress.” He gritted through his teeth at his short, pudgy friend. “And anyway, I can’t take all the credit. Everything I know was begrudgingly passed down to me.” The monster hunter turned glassy eyed and stared off in the distance, deep in thought. “My pop taught me most of what I know. The “tips and tricks of the family trade” he’d say…” He paused a moment, smiling. “Tips and tricks that got him and my brother killed.” His usual scowl returned.

Harold paused, taking it all in carefully before asking “If it’s so dangerous, if you loathe it so much, why do you do it?”

“Who the hell else is going to?” Cypress snapped. “These creatures need safety and security. A human would straight kill them on sight and tell his buddies what he found or keep its body as a trophy. Then we’d all be exposed. So, they call me. Just like they’ve called upon my family for years.”

Harold hesitated to reply, fearing he’d lose his head if he upset the hunter anymore.

“Tell me about them. Your family, how did they bring you into the business?” He prodded, hoping family would soften his grouchy friend a bit. Cypress cracked an almost undetectable grin, as his eyes turned glassy again

“It was myself and my twin brothers growing up. My sister, Juniper came much later. Asher and Alder were absolute nutters. When dad would teach us, they'd madden everyone around them trying to learn a new skill, or practically kill themselves trying. And God forbid I was better than them at anything, that was an absolute war. You’d think the 3 years between us were 10 with the way they acted. I could blame it on their childishness, but the truth is I was always an outcast, even in my own family.” Cypress paused a moment, sighing.

“I never wanted to hunt, even if I had the skill. It infuriated my father and caused a disconnect with my brothers. I wanted to be home with my mother, nursing the creatures back to health, getting them home, helping them find their place in this world. But we were well known back then, more out in the open when the veil was thinner, and the human world was more open to monsters. Everywhere we went it was “Hey! There’s Rowan and his boys, the future protectors of the land!” So what choice did I have? I was a part of Wormwood Trap and Release whether I wanted to be or not.” Harold thought he could see a glisten of a tear in the hunter’s eye, but Cypress quickly ruffled his brow and shook his head, as if he could physically shake off his emotions.

“Anyway, it doesn’t matter now. Asher is dead for being a cocky, arrogant bastard, and Alder pissed off to the mountain tops to become an alchemist monk after his first real kill. Poor bugger just didn’t have it in him when things went sour.” He shook his head.

As if the universe heard Cypress, the bells on the door to the bar jangled, and a strange looking individual walked in. he was cloaked from head to toe, with a gold sash, and a pointed hat poking out from under the hood of the cloak. His bright green eyes surveyed the room as everyone stared at him. Naturally, he went straight for Cypress.

“Good Lord man, could you be any more obvious? If you’re going to live on this side of the veil could you at least fashion yourself some jeans and a t-shirt?” Cypress huffed in mild disgust. The gentleman looked himself up and down, confused, and shook his head.

“The robes of the Ancient Ones are sacred! Jeans and a t-shirt…rubbish.” He began mumbling under his breath.

“Of course they are, mate. Anyway, what are you looking for here, an autograph?” Harold chuckled.

“An AUTOGRAPH? Heavens me no, not from this …anyway. Cypress, I’m here about your brother. He…” Cypress cut the man off.

“Look, Asher is dead so whatever riches he promised you, or grand kingdoms he made you hopeful of, you’re SOL, pal.”

The stranger looked at him, puzzled, then stood up tall, attempting a sterner appearance. “Sir. My name is Mortimer Hasting. I am here on behalf of the Gradure Alchemist Monk Society. We regret to inform you of your brother, Alder’s passing.” The monk pulled a blue, milky glass box from under his cloak and handed it to Cypress.

“Hey, how’d you fit that big box in those tiny pockets?” Harold exclaimed.

The monk ruffled his brow and shot him an annoyed glance before turning back to Cypress. He cleared his throat.

“The reason I’m here is because under the code of the Gradure Alchemist Monk Society, when a Grand Counsel member passes, one of his fellow counsel members makes a journey with the family to scatter the remains among the three Great Elemental Pillars. That is, the highest mountain, the deepest ocean, and the hottest earth.” The monk could see the hunter’s face becoming more and more agitated.

“Truth be told sir, I tried to find your sister, but she…” Cypress cut him off again.

“You expect me to tote your ass up a mountain, out to sea, and to a volcano, just to spread some dirt that might be my brother around? No. Hell no. Not happening. You turn yourself around and go back where you came from. Just because my brother didn’t want to kill when it was necessary and joined some pansy magician society doesn’t mean I get to be punished for it.”  He growled.

“This has been the way of our people for centuries Mr. Wormwood. And I must insist you not bash my brother for his kindness, Alder wouldn’t hurt a fly let alone kill something.”

Cypress let out a laugh and snarked “Kill, no. Hurt? You betcha. I remember the day dad taught us how to use a crossbow. The twins were ecstatic, taking out the targets dad lined up for us behind the cottage. Ash was crap at it, and Alder showed promise, but I had the best technique and caught dad’s attention. Boy, did that tick off Alder. He was dad’s favorite by far and if anyone else got in the way of that he made sure to tell you how he felt about it.” Cypress rubbed his left shoulder.

“I still have a scar from where he “missed” a target after hearing dad give me a “great job son”. He proposed a contest to see who could shoot the most targets in a minute and he practiced and practiced on those targets for days until he could beat me.” Cypress smiled, taking a sip of his beer. Mortimer stared at him in horror.

“Don’t look so shocked Mr. Holier-than-thou. He was one hell of a hunter. But you’re right, killing set him off. When we were kids, dad brought us along on a mission to hunt down a gremlin colony. Nasty little suckers with a mean streak. We caught the lot of them except a particularly nasty one that had injured a little boy in house they took over. We couldn’t let him loose, so dad had to use a bear trap. We brought him home to mom to try and heal him up and send him home, but he didn’t make it. Asher cried for days.” Cypress shook his head and the monk’s face turned bleak.

“So, you’re trained killers then? That’s what the Wormwood Family does? Alder didn’t talk much about his past…”

Cypress got angry again. Harold scootched his chair back, not wanting to be in the line of fire incase the hunter flew off the handle.

“No. We are NOT killers. Not even close. I work tirelessly, thanklessly, to get these creatures to their rightful homes, to keep them safe from harm, to keep them from harming others and outing the veil walkers. Occasionally there’s a casualty when they refuse to listen to reason and are hurting someone, but I can count on two hands the amount of times that’s happened since I was a child.”

“I see.” The monk said, nodding. “Well I’m sure you can find creatures to help on our journey, but we really must be going. Surely, you’re used to long journeys in your line of work, right?”

Cypress let out an annoyed groan. “It isn’t about not being used to long journeys, Mortimer, it’s that I don’t want you take a long journey with you. I want to be alone, in my truck, on the road, blasting some Kenny Chesney on the way to kick some ass.”

Mortimer’s face turned red and bashful at the use of a curse word. “Sir, I know this isn’t your usual cup of tea, but Alder Wormwood was a dear, dear friend to me. I want to make sure he gets all that was promised to him after his life has ended. Would you please, as a favor to an old, tired monk, do this for he and I?”

Cypress let out another groan. “Because this is my brother and because you took him in and keep peace behind the veil…I’ll agree. But I have rules. Number one, speak only when spoken to. Two, limit the talk about my family. Three, stay the hell out of my way. And…well if I think of more, I’ll let you know. Any questions?”

“Yes, sir, just one. What in the world is a Kenny Chesney?”

Cypress bellowed out a laugh. This was about to be a long trip. 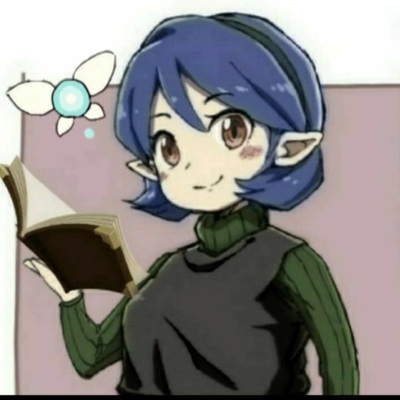