Submitted into Contest #61 in response to: Write about a character passing down their favorite childhood toy to a new generation.... view prompt

"NOOO! You can't! I won't let you! You can't take Mr. PinkBuns away from meeeee!"

Childish screams mixed with frustrated sobs echoed from Emerick's room as his dad tried to detach his son's hand from a dirty but fluffy dark pink bunny.

The stuffy, at first glance, seemed like an elongated walrus. A skinny, extremely sunburnt, just-rolled-in-mud walrus. Once you take a closer look at the rabbit, you'd realize it wasn't that you thought the bunny was ugly, it was that it was actually ugly. It was a disgusting shade dark pink, with large, pale yellow front teeth. Its ears were long, too long, hanging all the way down past its shoulder. Its seemingly stretched eyes were a hideous puke green color, with a black oval as its pupils. Legend says that this rabbit was once a delicate baby pink bunny with soft clover green irises. However, after many years, the grim, dirt, and baby spit stains just stood stubborn and refused to come out. However, despite its hideousness, Emerick refused to throw it away and continued to take it everywhere with him. Eating breakfast? Holding Mr. PinkBuns. Watching TV? Holding Mr. PinkBuns. On the toilet? Holding Mr. PinkBuns. Taking a shower? Still holding Mr. PinkBuns. Emerick just couldn't bring himself to leave Mr. PinkBuns behind.

"Ricky, I know you love Mr. PinkBuns. We all do. After all, he's accompanied you since you were born!" Emerick's dad tried reasoning with him.

"However, you're 12 years old. You're getting a little too old for Mr. PinkBuns. Now, I'm not saying it's not okay to have a stuffy, because it completely is! Your mom and I will buy more stuffies for you! I'm just saying, maybe you shouldn't have Mr. PinkBuns anymore."

"Johnathan? We need to get going," Emerick's mom called out from downstairs.

Turning towards Emerick, he sighed again and gave a small grin of defeat.

"Okay, okay. You can keep Mr. PinkBuns for now. We have to go visit Auntie now."

Giving him a small pat on his brownish blonde hair, his dad furrowed his brows.

"But I really think Mr. PinkBuns might be a bit too dirty."

"No he's not! See? Squeaky clean!" he shoved the soiled bunny in his dad's face.

His dad turned away from the bunny, which smelt suspiciously of oatmeal.

"Okay, okay. At least let us try and bleach it later, how does that sound?"

Emerick made a little sound of agreement.

When they got in the car to drive to Emerick's aunt's house, he spoke.

His dad gave a little chuckle.

Emerick slouched into his aunt's brown leather couch as his parent's chatted with her.

As he played with Mr. PinkBuns, his dad appeared in the doorway of the living room.

If Emerick was a dog, his ears would have perked up.

"Yeah!" he cheered, leaping from the couch and skipping ahead of his dad.

As soon as Emerick saw the little girl, his heart melted. He never knew a one-month old could be so cute.

She had such tiny peachy little hands, fingers even smaller. Her face was slightly scrunched up, as if saying 'why was I born on this planet and not some other magical unicorn place.' Short arms and legs paddled through the air, trying to find her mother's safe arms.

As his aunt lifted her out of her crib, she started sucking her thumb, staring round-eyed at Emerick. Emerick stared back, not knowing what to do.

Suddenly, she let out a burst of giggles, flailing in her mother's arms and exciting pointing at Emerick's hands.

"Oh my," his aunt said, chuckling. "It seems that she has a rather liking to Mr. PinkBuns, hasn't she?"

The baby giggled again, streams of laughter falling out of her lips. She stretched out her arms, leaning forward and reaching for the stuffy.

Emerick hesitantly stretched out his arm as well, offering Mr. PinkBuns to her.

She gladly took it, little bursts of gibberish spewing from her mouth as she happily tilted Mr. PinkBuns this way and that.

Emerick felt his chest squeeze. Whether it was from the adorableness of the child, or the fear of letting go, he didn't know.

"What's her name?" he felt himself asking.

1 and a half hours later

Emerick stared at Mr. PinkBuns in his hands.

"I... I want to do... that bleach thing you were talking about. I'm still confused on what that is, but it should make Mr. PinkBuns clean again, right?"

"Yeah... mostly. What are you thinking?"

His dad turned to Emerick, face holding a proud smile.

"That's a great idea. Why don't we get started now?"

3 bottles of bleach and 5 hours later, Mr. PinkBuns looked almost new. His 'skin' was still a little darker than the original, but it definitely came out better than they had expected.

They had told his aunt their plan, and she seemed delighted about that. Apparently, Pearl had been asking her for Mr. PinkBuns ever since they left. His aunt even jokingly said it was like getting a new family member.

Tomorrow morning, they'll be heading over to her house again. Emerick slept in his bed with Mr. PinkBuns one last time, feeling a bit strange. He remembered the playful glittering gleam in her eyes when she had played with Mr. PinkBuns. He turned over on his bed again, then looked at his beloved stuffy. Emerick gave a slight sad smile. He sighed and hugged it to his chest.

Then, he softly simpered.

"But don't worry. You'll have another friend, one who needs you more than me." 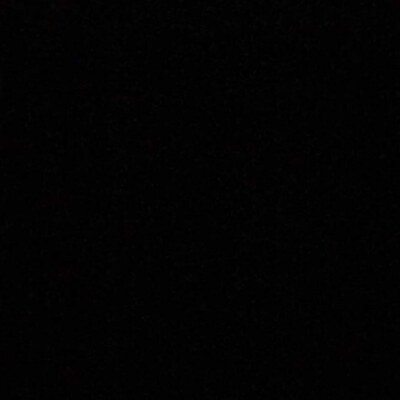 Hey guys! Sorry I haven't been writing as often 😭. It's just school's been really busy 😩. If you're reading this, then I'm assuming you've read the story, so thank you for reading! Tell me what you think 😁. I would appreciate any type of feedback or suggestions! (P.S. why don't you take a look at my bio?) Peace ✌️