Oh hello, are you awake, little one? Are you hungry? Ah, yes, yes you are. Alright then, just let mummy get herself organised. Well it is... Let's see... Ah, we made it to 1am. Nice one baby Georgie!

We'll start with some freshening up. Change your nappy, okay? No one likes to have something to eat with a wet or stinky bottom right? Well maybe your sister... Maybe daddy, hahaha!

Just gonna get you unswaddled- bit cold I know. I know. Now just gonna unzip you and take your little legs out. Pop! Pop! Oh! Bit brisk. Now, what have we got here. You owe me a poo - it's been a couple of days now. You know how mummy likes you to do poos every day. So, have you got a little poo for mummy? Let's see...- Hmm... just wees. Well, okay. I'll take wees. Now let's freshen up this bum...

All done! Are you hungry? I bet you are. Shall we have an early morning snack? Before you and your big sister, at 1am on a Sunday morning, mummy and daddy be chowing down on a greasy kebab, or a slice of cheesey pizza. Oh, maybe a tandoori kebab. Depends on where we were, you know. Actually, to be honest, we'd probably still be drinking I'd say. Ah yes, but these days, I'll just take sleep. It's okay. How about I put on some music? Tonight's tunes are proudly brought to you by... The genre of jazz. There we go, oh let me just turn it down a little so we don't wake everyone up... okay, okay! I'm coming!

Oh good Georgie. Mmm tasty milk, right? I make a good bottle, yeah? Thank you. Is that a little smile for mama? No? Okay... One day... Let's just work on poos first.

You know it's been like.. At least a day since you did a poo. Is that normal? I'm sure it is bit you've been eating a lot, like, a lot, you're pretty much a mini sumo wrestler. I can only imagine that's why you're a bit grissly. You know you've gotta poo, but it's just not happening yet. Well, don't be anxious about it. Everyone does it. I think you've just got to relax and let it happen. Don't worry, I won't judge you. It's my job to look after all these little things for you at the moment. I mean, you can't even turn your head properly. But just don't forget that I will have wiped your butt for you, and will do so for maybe the next three years. So you won't be getting snappy with me when I ask you how to use future computers or phones or something in the future.

How about a story then, since you're eating ... Hmm it's been a little while since I heard any age appropriate stories for you... Oh, you're looking at those pictures on the wall? Sure, okay, we can talk about those. Ah, that one is New York city. A big city on an island in America. We can pretend we're in New York city, in a magical, baby-friendly speak easy where they have special babysitters who bring mummy negronis and other cocktails. And we can listen to some cool jazz.

Oh, do you need a little burp? Okay, let's walk around a little bit... I swear, by the time you move into your sister's room, I will have worn a hole in the floor from walking round and round with you. Which reminds me, so before you came along, and your big sister Lucy, daddy and I went to New York. That big city in an island in America. It's literally a big city, with a huge park in the middle of it. We went to a place called Katz's delicatessen and I don't tell you this to name drop, mamas not that kinda girl. It's this place you get these enormous sandwiches, bigger than your little head! It's been there for so long and is so popular with people that the concrete on the floor in front of the cash register has worn away from all the shoes have walked on it. So there's a little smooth dip in front of the cash register. Neat huh? Well, that's what's gonna happen in our room from all this walking around I need to do to get you to - oh! There's a burp!

Let's have some more milk then... That was five years ago that we went to New York. Can you believe it. Five years and we had your sister, and then we had you. I had a job and went to work every day and wore lots of nice clothes. Daddy had a business. We went out most weekends. We went on a lot of holidays and saw a lot of the world. And now it's different. Not just us, but the whole world.

I think they've started building a huge skyscraper on top of New York. Actually, New York probably isn't a place you'd like to be right now, what with the pandemic and all. I hope one day you and your sister will go to New York. I'll go with you if you like. We can do all those things your dad doesn't like to do. Oh but he should come with us, so we can take a photo in front of Russ and Daughters. That'd be funny because his real-life name is Russ, and you are his daughters.

Oh just a second, I need to skip this song, I can't stand late Billie Holiday. Don't tell anyone I said that though.

So until we can all go to New York, because of the pandemics and, well, you and your sister being a little too small for big international flights like that - I'm not trying that again until you are at least 4 years old. I learned my lesson, we'll just hang around in our own backyard

Oh a fart! Good one! You know what they say about farts - actually, I don't know what they say about farts at all, but I'm gonna say - farts make poos! Do you have another for mama? Do you remember that time you did a burp and a poo at the same time? That was good, you should do that again. Then mummy can have a rest without worrying about your poo situation. I used to worry about really serious things... Like climate change.

Anyway where was I... Oh, our backyard. It's pretty nice here. We will take you up the coast to the beach next week in the caravan. We can't go too far because of the pandemic - that's where lots of people get very sick, lots of people... umm... well, die. I'll explain that another time. You don't need to worry about the pandemic. We're safe at home. It won't really bother us too much. We weren't planning on going anywhere or doing too much because we knew you were coming along. All our plans are just about keeping you and your sister alive - with eating and pooing. Oh, we've just had a little spit up haven't we. Let me fix that for you... And anyway, in the meantime, to be really honest, pandemic or not, your sister is a handful! You're not quite sleeping through the night. Mummy and daddy are super heroes, but not that much. We won't be going too far from safety for now.

One day when you're a bit older and before Lucy goes to school, we'll do a big trip around Australia. That's where we live. And when you're even older, we'll get on a plane and we'll go to New York, and we can do all those things mummy wanted to do that daddy wasn't keen on. You won't have a choice, because I'm the boss of you and paying the bills hahaha.

Okay time for a swaddlin' and settlin', little one. Just lay you down here and wrap you right up.

Ah, is that another little fart? Good for you! Now, how about that poo? Mummy’s waiting! 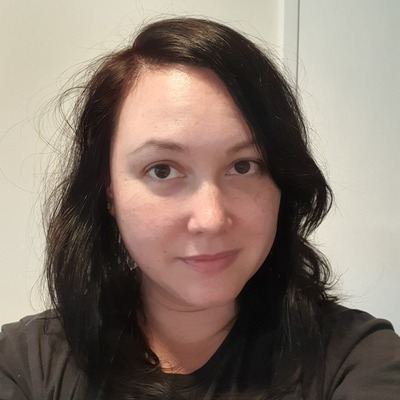 Perfect depiction of mother’s weird fascination with child excrement. So funny but also kinda sad for her looking at old life and hopeful looking towards easier times. You should write for a blog in a parenting magazine

Wow! Entirely not what I was expecting with this prompt. Very heartwarming, realistic, and sweet. I love your writing!