Staying put or leaving? Episode one and two of Second Chances!

Submitted into Contest #54 in response to: Write a story about a TV show called "Second Chances."... view prompt

“Will you give him a second chance to become a loving father?”

“Welcome to tonight’s show of Second Chances. Please take your seat, and the show will begin!”

I sat down with dry cereal in my lap, ready for the first episode of “Second Chances”. Social Media has been advertising it for a few months now, making everyone hyped for the show. It was supposed to be a show where people talk about their problems, try to solve them, and hug it out. I think it’s going to be good, the ads have given us little clips, and from my perspective the host was just low key roasting the contestants.

Today’s contestants were Tom and Mally, a couple who were fighting about who should take care of the kids.

“You always go hang out with your dudes, and it was your idea of having Alex in the first place!” Mally screamed.

“A guy needs their time. Who’s the one working for the money, paying for the bills?” Tom shot back, satisfied with his answer.

“Who’s the couple who’s supposed to work together?” Asked Mara, the host, a.k.a. the roaster.

The two sat there, not knowing what to say.

“You think it’s that easy, try becoming a mom! Bet you a thousand bucks you wouldn’t last a day!” Mally said, furious she had been embarrassed by someone she didn’t quite know.

“Today’s my lucky day, I happen to have three little angels I parented for ten years. Where’s the money?” Mara smiled and laid back in her chair.

This was the funniest TV show I’ve ever seen.

“All quarrels aside, Mally, what do you want Tom to do?” asked Mara. She managed to keep a straight face during all this stupidity.

“I want Tom to help with Alex and stop going with his guys to the bar.”

“Tom, what part do you want to change? Are you okay with that?”

Drum rolls started. I hoped he would say he’s not okay, maybe another burn? I had been laughing so hard cereal spilled all over the carpet flooring, and we were only twenty minutes in.

A commercial came on, so I had the chance to pour some milk in my cereal.

“I can see why she wants me to do it so bad, but I disagree. She should be the one trying out the lack of rest I get when I go to work.”

Yes! Another battle of words! I forgot the bowl of cereal and milk on my lap and bounced my legs up and down. The milk sprayed all over, giving me a cold dairy bath. It was sticky from the Lucky Charms, topped off with an hour of cleaning the carpet. I missed the second half of the show, only hearing the last few parts. Judges and lawyers filled the room, and Mara asked the couple, “Will you give him a second chance to become a loving father?”

Just like that, the world had just lost another family. I guess it came to the conclusion that Tom was wrong, so Mally got to decide whether they stayed put or left each other. I couldn’t wait for the second episode tomorrow morning.

Scrambled eggs. They were fast and easy to manage, so I didn’t miss the “Second Chances: Henry and Mom.”

The eggs cooked quickly, and I added salt and pepper on the way to the living room. Today Mara wore a floral headband, a light bird spotted gown, and a gorgeous bracelet to complete the look.

“Hello, and welcome to the second episode of “Second Chances”! Today we have Henry and Mom, fighting about an egg and car. Will this show ruin their day, or will someone get a second chance?”

She spun around to welcome the guests.

“Now tell me dear, what did Henry do to make you march him onto this stage?” Mara asked Henry’s mom Tasha. She wore jeans and a black tee. Not bad. As a fashion designer, I notice these things, even when I don’t want to. Which is, er, most of the time.

“Henry fried an egg on my car, and yolk dripped into my engines!”

I could see imaginary puffs of heat coming out of her ears.

Spooning a bunch of seasoned eggs in my mouth, I wonder if this was a coincidence at all. I had once wanted to fry an egg on a car, but never had the nerve to do it. I looked at the boy beside Tasha. He wore a baseball outfit and a HUGE smile. Maybe we can become friends. Nah, never mind. I was an adult.

“Heck yeah! It was sooooo cool! I don’t think it did any harm, except for stopping the engines, but we can always get a new car!”

Henry looked so innocent, but heck the nine-year-old can sure be a devil!

Gee, did someone crank up the heat?

Mara had a roast in mind.

“Tasha sweetie, I’m now doubting if you are his real mother. Will you mind toning it down and talking a little softer? After all, he’s just a kid.”

“Now Henry, did you get permission to fry an egg on your mom’s vehicle?”

“Alright, I think I know who’s right. Tasha, will you give Henry a second chance, or do you want him to be grounded from something?”

“I want a new car. I have work tomorrow.”

“I will buy you a new car, but Henry has to wash and clean my house and car. Sound fair?”

“See guys? Problem solved! Now Tasha can go to work tomorrow! Welcome to Second Chances, I’m Mara and I’ll see you in the next episode! Bye!”

Speaking of work, I think I’m late! Got to go!

This was great! A very unique approach. 👏👏👏 One edit: you wrote ‘Social Media‘, but you don’t need to capitalize it unless it’s specific. For example, there are many kinds of social media, such as Instagram. Other than that, terrific job, N C! Keep writing! ~Aerin P. S. Could you check out my new story when you have the chance? Thanks!!

Thank you for telling me! I would love to check out your story!

Hello, this was a good story and ya did a great job with it ^^ I don't really have advice besides that you should still continue to make stories whenever you can. Ya know what i'm gonna give this? 10/10 :)

Hi! Thank you so much! I will keep trying to submit stories, but they may not come as quick. I am currently working on another story. Do you have any stories I can check out?

No problem and that's fine ^^ are you asking what stories from me that ya wanna check out? if so ya could check out "Reunion? No thanks" and "My older sister?" and leave some feedback?

Thanks ^^ i'm excited to see what ya think

Sure! And thank you so much for your support! 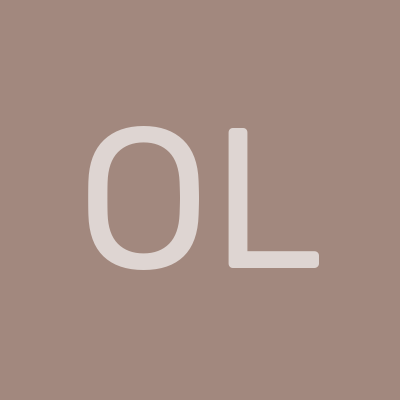 I love the plot of the story. It's so interesting that i enjoyed reading it. Good job; you nailed it👌🏾

Thank you so much! You really cheered me up during this pandemic. Stay safe! ☺