The Gap Between Lightning and Thunder 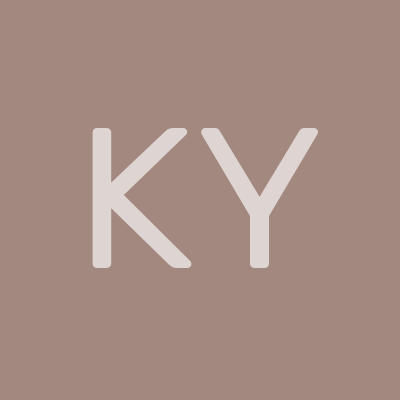 Levina and Tyrell sat on opposite ends of the couch, the gap between them a painful reminder of the state of their relationship. A flash of white lit up the penthouse as Levina said the same words she had been saying for the past six months: "You need to get a real job."

Then, settling herself further back into the cushions, she waited for Tyrell's response. As usual, Tyrell stayed silent, and all Levina could hear was the rain falling outside. The steady tapping of the rain used to feel comforting and therapeutic. Now, its consistency was annoying. The rain seemed oblivious to the rising tension in the penthouse, but each unrelenting drop emphasized the uncertainty of not knowing when or how Tyrell would respond.

The first time Levina brought up Tyrell's career, Tyrell went out of town for a week, claiming to be visiting his parents. When he returned on a stormy night, he took her up to the penthouse, and as they embraced amidst the flashes and booms, Tyrell promised her that he would try. And Tyrell did try. He was a taxi driver for a day, a cashier for another, and a waiter for four hours before getting dismissed because he kept daydreaming and wasn’t tending to customers. Tyrell complained that those jobs restricted his creative freedom, and he was soon back at his desk, scribbling frantically on sheets of paper. Levina ceased her nagging, but after watching him fill up three wastebaskets of wadded up paper, she gave him the talk again. After that, Tyrell didn't talk to her for three days, and Levina told herself that for the sake of their relationship, she would stop pushing him. But when the rent increased, the price of food and gas went up, and the money in their bank account started dwindling faster than ever, Levina had to talk to Tyrell again.

"If this keeps going on, how are we ever going to have enough money to raise a child?"

"You've been working on this novel for so long! And I'm the one who's left to pay the bills and make sure we can survive."

It wasn't that Tyrell was spending too much money or he wasn't taking care of Levina. To save electricity, he started working in coffee shops during the day and using candles at night. And since Levina's work hours were long and Tyrell worked from home, it was Tyrell who did the laundry and cooked dinner. But Tyrell just couldn't seem to get his head out of the clouds, and the ideas that kept swirling in his head prevented him from being able to concentrate on anything other than writing. Tyrell was focused on publishing a bestseller and wanted to continue writing so he could have freedom in his work. But all Levina could focus on was numbers. Besides the financial reports she needed to analyze every day at work, there were the regular bills for utilities and insurance, the money they had saved up, the number of months until their lease ended, how she and Tyrell were well into their thirties already, and the list went on and on. Levina was worried about her future. Their future. This month, Levina had started counting down the months until they would have to start selling their belongings so they could have enough to pay the bills.

Every time Levina tried to talk about their future, Tyrell would have a delayed but dramatic reaction, only to seemingly forget about it not long after. And it was always Levina starting those conversations. Lately, whenever Levina told Tyrell to get a real job, Tyrell would spend an entire day in his room trying to avoid Levina before telling her in some way or other that he had to stick with writing. Levina understood that Tyrell wasn't willing to give up writing, but she had a feeling that they wouldn't be able to stay together if they kept on living like this.

Levina closed her eyes, and the steady dripping of the rain brought her back to when she met Tyrell for the first time. It was her twenty-fifth birthday, and she had invited some friends and coworkers to her penthouse. Her coworker introduced her brother Tyrell to her, and Levina found herself intrigued by this man who was the complete opposite of her. She was an accountant, a planner, and a pragmatist. He was an aspiring writer, an improviser, and an idealist. Levina thought their differences would keep them far apart. But when the thunderstorm struck and everyone left the party, Tyrell had stayed, and they spent the rest of the night on the couch watching the lightning and listening to the thunder.

"I think thunderstorms are fascinating," she said as a lightning bolt shone across the sky.

"You're not scared of the thunder?" he asked.

Levina pursed her lips. "Did you know that you can tell how far away the lightning is by counting the number of seconds between the flash of lightning and the sound of thunder?"

Levina continued. "And did you know that lightning is formed when positive charges in clouds create strong electrical fields with negative charges?"

Tyler raised his eyebrows and smiled. "Did you know that the heat from the lightning makes the shock wave that we hear as thunder?"

When the thunder rumbled, Levina jumped a little before giggling. Then they were blinded by another flash of lightning, and before Levina could regain her vision, Tyrell was kissing her. Ten seconds later, the thunder crackled, and they jumped apart. As their heavy breathing slowly gave way to the soft pattering of the rain, Levina smiled and said "Two miles."

"So we kissed for ten seconds?"

Levina rolled her eyes. "That too."

Tyrell proposed that same week. He would later tell her that their first kiss and the proposal were the only things he had ever initiated in his life.

Now, Levina and Tyrell were sitting on the same couch in the same penthouse, but as far apart as they could. They had gone up to the penthouse countless times during thunderstorms, but Levina knew that this time would be the last.

Levina mustered up the courage to look at Tyrell. His left foot tapped on the carpet, its rhythm clashing with the tapping of the rain. His once black hair was tinged with streaks of white, and his clenched jaw created a jagged crease across his cheek. In the shadows, the crease looked like a lightning bolt.

Seven seconds had passed now since that flash of lightning. Levina loved counting the seconds between the lightning and the thunder. After the lightning flashed, the counting of the seconds and the anticipation of the sound of the thunder gave her a sense of excitement that she could never find from the numbers and routine at work. But this time, she dreaded hearing the thunder. She wanted to stay in the gap between lightning and thunder, even though she knew that once there was lightning, thunder was bound to boom somewhere. The only way she could escape hearing the thunder was if she were far enough from the lightning. Levina's thoughts were brought back to the present when the pattering of the rain turned into pelting and then pounding.

Just when Levina thought the rain was going to break down the roof, Tyrell stood up abruptly. Without looking at Levina, he said, "I'm not going to do this anymore." Then he walked out the door and slammed it behind him, the thunder roaring in his wake. To Levina, the thunder sounded like evil laughter.

Ten seconds. That was the amount of time between the flash of lightning and the sound of thunder. And it was also the shortest amount of time it took for Tyrell to say something after Levina brought up his career.

For the first time, the thunderstorm was obnoxious. Levina didn't want to see the next burst of lightning or hear the next clap of thunder. She wanted it all to stop. Curling into a ball on the couch, Levina closed her eyes as tight as she could and put her hands over her ears, letting her sobs drown out the incessant rain.