Submitted into Contest #136 in response to: Write about a character giving something one last shot.... view prompt 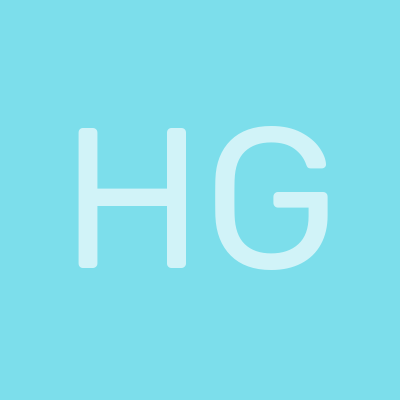 Kat pulls on the doorknob, nothing happens.

You’ve got to have the key, you see. Nobody ever got through that door without a key.

The door in Grandpa’s study was old and green, carved wood spun in intricate details that seemed too ornate to hold anything other than something extraordinary on the other side. She’s still tugging and twisting the knob when we hear noise coming down the hall. I grab my sister’s hand and we hide behind the floor-length curtains, curling our toes in. We breathe into each other’s faces and grin.

Kat doesn’t believe me, but she follows anyway. The whole ride up, through the rolling hills and long winding roads I whispered my plan into her ear. Grandpa had a magic door; it could only be opened by a special key. I saw it once, a few years back, we’d spent the weekend at their tidy little cottage. It was late and I needed a sip of water, I’d crept through the house, quiet as a mouse. There he was, our grandfather holding a key that glowed in the palm of his hand. Kat told me I was dreaming, but I know what I saw. I was going to prove it to her today. On occasion, I had asked him about it and he’d only smile bashfully. It was a secret it seemed he didn’t want to share.

As the footsteps came closer, we held our breath. It was grandpa’s feet, too heavy for grandma, too slow for our brother. As still as we could, we listened. A soft click and then a gentle gust of air tickled our toes as the door swung open and then swiftly shut. I was half tempted to jump out at that moment, just to get a peek of what was inside, but Kat gripped my hand tighter and it was too late.

I needed a key, but not just any key. This one had to glow.

“We could always just knock?” it was Kat’s quiet question that rustled me away from the curtain. I shook my head. Knocking felt like an intrusion. Grandpa was a quiet man, I didn't want to disturb him. I wanted to slip in unseen. Keep the mystery alive for as long as possible. That was something Kat never understood. My need for suspense. I wanted the story in my head to last as long as possible, afraid I might be disappointed when I got to the end.

We stood before the green gate, somehow the chipping paint was brighter, more cheerful than moments earlier. I thought about mentioning this to Kat but I knew she’d think I was crazy. “Mom and Dad will be coming for us soon,” let’s just go play in the garden with Ben and come back to it next time?” Everything was always a question with her. I shook my head again. This was it, our last chance.

“They’re selling, Kat,” I’ve heard Dad and Grandpa talking about it. “We probably won’t be back here again, and I need to know what’s behind this door.” Kat shrugged beside me, folding when she heard the earnestness in my voice. She always folded when I got going. Sometimes I wished she wouldn’t, but right now, I needed her help.

“Okay, so what do you want to do?” She asked. I smiled and told her my plan.

Without warning the doorknob began turning. We had been standing too long going over the details of our great heist that really wasn’t much of a heist and more of a distraction. Like spooked cats, we sprinted down the hallway, desperate not to get caught. As footsteps faded once again, we could hear the murmur of words from the kitchen.

“Teatime dears,” It's Grandma’s voice calling us. She insists on teatime. This is our moment. Grandpa drinks coffee, black. She makes him a separate pot as we file in. Kat fetches Ben from the garden. The toddler has been digging like an archeologist for over an hour and if everything goes according to plan, will be absolutely filthy.

Grandpa laughs at something Grandma says, his white hair floating above him in whisps that make me wonder if there’s a breeze in the house. Everything about him is electric. There’s a curiosity in his eyes and a smile that never quite seems to leave his lips. Every time Grandpa sits down for teatime, he takes the keychain from his belt and sets it on the kitchen counter, and kisses Grandma on the cheek. I slide casually toward it. None of these keys glow, none look magical in any way and I wonder which one to take.

Kat and Ben enter from the garden. As I predicted, he’s filthy--squealing and holding a fist full of worms. As soon as he enters the room he throws them into the air like confetti, giggling at his marvelous idea that he’s forgotten was really Kat’s.

Kat and I share the briefest of grins as all laughter and chaos break lose. I reach for the keys, the whole ring of them, and slip out. Down the long hall, into the Grandpa’s study where there is a green door waiting for me. I’m giddy with excitement, keys jingling nervously as I run my hand over each one.

The green door looms and my head fills with all sorts of ideas. It’s a gate to another world, a portal to something mystical. Perhaps it’s a library full of ancient manuscripts. Piles and piles of treasure. The lock is old, plain compared to the ornate detail in the door. I check each key against the keyhole, nothing fits, nothing glows.

Next to me a shadow looms, an old, withered hand extends and the most beautiful gold key glints in the afternoon sunlight drifting in--it almost glows. I realize just how quiet the house has become, the noise in the kitchen has dissipated and the smell of coffee has drifted in behind me.

With worried apprehension I look up to see my grandpa’s twinkling, curious eyes looking back down at me.

“I think this is the one you’re looking for,” Grandpa says, trying to keep the smile off his lips. I sigh in relief when the anger I half expected doesn't come. I want to hold it, the key, feel the weight of it in my palm, see if it truly does glow, but I offer him the keychain instead.

“You couldn’t resist?” He says in such an understanding way. I nod and he pats my shoulder.

“It’s probably my last chance,” I reminded him. He pondered it for a moment.

“I don’t think you’ll find it as fanciful as you think, just a hobby of mine. But still, might be interesting to you I suppose.” I grin, butterflies swarm in the pit of my stomach. At last! No more wondering. Grandpa takes the key; it slides in the keyhole perfectly. He turns the gold handle until a gentle click makes itself known. He gestures for me to open the door. I take the doorknob, cool to the touch, and begin turning it, but then I pause--wanting to hold onto the feeling of not knowing just a moment longer. Before all expectations are met or fall flat. I take in a deep breath and push the door open.

Cold air pours out, my toes curl, and—it was better than all my imaginings could have invented. It was a portal but not the sort I had come to think of. An easel, a canvas—paint everywhere. It was an artist’s studio. I was transported to people and magic and little worlds spilling off every surface imaginable. Hanging on the walls, on the floor, and stacked in corners were portraits of the whole family, garden scenes and teatime, and the long winding road that brought us here. But there, at the heart of it all was a canvas, still wet, of two girls peering through a keyhole.

This is an absolutely beautiful story! I've truly enjoyed reading it and keeping up with the suspense of the plot and the character's longing to open the "secret" door. You have made it all so real that for a moment I was transported to this world and I too could peak through the keyhole and wonder what lies beyond the closed door. I also love the way you've described the children's grandparents! The plot twist at the end is just incredible, how you've written about the art studio is simply perfect and makes art so magical and exciting! I...

This is the sweetest comment. Thank you so much!