Do you believe in reincarnation? Do you believe that people, will be reborn as a new person? Well, I don't believe in those. The concept itself is beautiful. Being able to be reborn as a whole new person, free from the sins of your past and given a second opportunity to live a better live. Isn't it beautiful? It really gave people motivation. Some form of hope, that maybe one day, they'll be born into a better being. Better. Stronger. Enough for someone they love. Worthy of love. But the fact that it's probably just a myth still stand true until we get some form of concrete evidence. Until then, I'll keep my skepticism.

But sometimes, just, sometimes, I have a feeling that I might've got reincarnated. It was stupid, I know. After the whole 'I don't believe in reincarnation.' ordeal, suddenly I'm thinking that maybe I've been reborn. It doesn't make any sense. Or maybe, I'm just forcing myself to not believe it as some form of coping mechanism. Maybe my heart knew something I didn't know about and it was trying to protect me from hoping about things that aren't true.

When I go or see certain places, I get some sense of longing. It felt like I was being pulled in by a force that doesn't want to let me go. Good, cause I don't wanna let go either. Other times, I get dreams. Bizzare scenarios that kept repeating about people I've never met in my life. Same people that brought out feelings that I otherwise would've never felt in this reality I called life. It left me confused most of the time. Other times, I was left feeling like a hole had opened up in my heart. A void that kept eating me up until I finally found the missing piece.

One of the most interesting dreams I have, was about a boy. In my dream, we were sitting on a hill with vast field of flowers. There were a red checkered blanket under a blooming cherry blossom tree and a picnic basket. The sun was setting in the horizon, painting the sky with its beautiful crimson, orange and gold color over the once blue sky. We were having a picnic I assume. The both of us laughed at each other's jokes and enjoying each other's company. It felt real. The feeling of my comfy yukata. His calloused hand over my soft one. The soft breeze brushing my cheek while my hair was swaying gently. It all felt so real. It was at that time only, that I felt complete.

The dreams would show different scenarios, all with him in it nonetheless. It kept me on my toes. I was intrigued by these dreams. They left me wondering, as if I'm watching a show that was constantly leaving me on cliffhangers, pushing my curiosity to its absolute limit. I woke up from these dreams feeling somewhat sad and I felt excited whenever I'm about to sleep. In other words, I was completely enamored with a boy that wasn't even real. Is that normal?

I kept dreaming every night. I thought that these episodes would go on forever. I would be able to go on these adventures infinitely until one day. It ends. The last dream I had wasn't as sweet. In fact, it was depressing. In that dream, I was trapped in a room, chained to a pipe. My head was throbbing with pain, as if someone just crushed my head with a boulder. My throat was as dry as the Sahara dessert while my ears were ringing. I looked around and saw him. The boy that I've grown to love. He was... Fighting? I can't really tell. It was blurry. After fending off against the last attackers, he limped toward me. It looked like he's hurt. I can feel my worry grew as he decrease the distance between us. I asked if he was okay, to which he replied with a strained smile as he was removing the chains. Then, he collapse into my figure. That was when I realized that he's been fatally wounded. I felt my lips tremble as a thought made its way to my mind.

I put him on my laps and begged him to stay alive. I started to apply pressure on his wound to stop the bleeding but it just kept on coming. My blue yukata was already stained with his blood. I was panicking when I feel him hold my hand. I looked at him and saw his smile. A smile that I've grown to love. A smile that made everything seemed okay. How could he smile like that when he was already on death's door? He cupped my cheeks with one hand while the other was still holding my hand. His lips began to move and he started to mutter a few words. His voice was so small. I lowered my head so I can hear him better, afraid that it'll be the last time I'd hear his voice.

"Live. I promise we would meet again, in another life. And once we do, I swear that I'll make you fall for me again."

His eyelids began to close as his hand fell.

More tears started to make it's way to my eyes and they fell hopelessly on his face. I started screaming, begging, pleading for god to let him live. I was losing my voice but I didn't care. My throat hurts, but I didn't care. All that l care now was him. But he's gone.

Then, I woke up with a jolt. My body was sweating and I realized that I was crying. That dream felt so real. I tried to stop crying but it didn't work. The tears just kept on coming and coming. My body wouldn't listen to what I'm telling them to do. It kept on trembling and shaking. Don't you think it's weird how your body was supposed to follow your instruction but sometimes have a mind of it's own. Interesting, isn't it?

After that fateful night, I never get any dreams like that anymore. The show just decided to discontinue, leaving me with a sad ending. I continue to live as I usually do but there's this nagging feeling that kept bothering me. I ignored it, as one would usually do, but I think it was because the highlights of my day were now gone. Oh well. There's nothing I can do except keep on living.

My days went normally. In the end of the day though, I felt like going to my a place known to only me. It was a cliff with a single lone bench. From the cliff, you can see the whole city and you can see the sunset or sunrise. People rarely came here since it was pretty secluded so, I made it my secret place. My safe haven. I usually went here to escape from reality. I don't know why, but this place always manages to calm me down. It felt familiar even when I first found it.

I went to my favorite place, ready to gaze into the sunset but, the usually empty bench was filled today. A man, was sitting there as the sun was about to set on the horizon. I was thinking about turning away and leaving him alone since he didn't notice me just yet, but my body kept going foward, ignoring my command. "Hey!" I said to him, causing him to turn. The moment out eyes met, the world seemed to stop. My eyes widened. There, in front of me, was a familiar face. The same eyes. The same hair. The same smile. It was like god picked him up straight from the dream. My eyes started to water without me knowing why as a sense of nostalgia washed over me. The guy jumped up from the bench and asked me what's wrong. I just let out a chuckle and wiped my eyes. Maybe people do get reincarnated after all.

I really enjoyed your story. It was a very interesting concept, and a nice ending.

That was incredibly beautiful and poetic needs another read through for editing small words but otherwise I loved it. 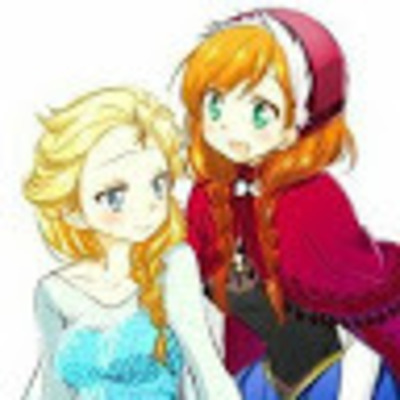 Thank you! This is my first time writing and English isn't my first language so I was afraid it would be bad. So, thank you so much for your comment!

Wow that's surprising you clearly have a passion for it that I can see. I'm excited to see what you come up with next.