Submitted into Contest #58 in response to: Write about someone who purposefully causes a power outage.... view prompt

Laughter and music filled the entire house. Colorful lights danced together with the people on the dance floor. Everybody is having a good time, but a creature lurking in the dark has a smirk on its face. Ready to crash the party any minute.

“Hey, Tal. Happy birthday!” Dyte greeted Talisha the moment her eyes landed on her. The birthday girl is busy talking to other guests and excused herself from the group. She approached her friend with a wide smile.

“Thank you for coming, Dyte. I know you’re a busy person.”She hugged her and gave her a cheek-to-cheek kiss. “How are yo-” Their mini bonding was cut off by a clearing throat.

“How about me, Tal? Where’s my kiss?” Brandon, Talisha’s other friend, pouted his lips. Talisha raised a brow and smacked his face with her hand. “Hey! That hurt, you know.” He touched his cheek and looked sharply at Talisha.

“It wasn’t that hard, Brad. You’re such a nagger.” Talisha laughed and faced Dyte one again. “As I was saying, how are yo-”

Talisha was cut off by the people’s scream due to the power outage. The colorful and lively party became dark and quiet, which made the night chilly. Then a screeching sound coming from the speaker shocked everyone.

“Let’s play hide and seek.” A sinister voice echoed through the entire garden area. “I’ll be it. Once I start counting run, and hide because when I say 20, I’ll come and find.” A burst of laughter you’ll never want to hear again made everyone shake in fear.

“H-hey. Is t-this part of the party, Tal?” Dyte’s voice was shaking and she scooted over to Brandon. “If it is then it’s realistic, but ask the person to stop because it causes panic.” Talisha just shook her head in response.

Before everyone can think and process what’s happening, another screeching sound was heard, then the counting began. “One… Two…Three…”

“Tal, is there a place here where we can hide and not be seen?” Brandon was the first to think among them. She shook her head in response.

“N-no. The only places we can hide are the rooms in the house, but that would be too obvious.” She bit her nails out of stress.

“H-how about we change locations every now and then,” Dyte suggested. The two looked at her like she just said something extraordinary.

“T-that’s it. We can do that.” Brandon raised his voice.

The three hurriedly ran inside the house and went upstairs. Talisha opened the first door on the left and ushered Dyte and Brandon to come in. When they’re all inside, she locked the door while Brandon looked for something heavy to block the doorway.

“Nineteen… Twenty. Times up, and I hope you guys hid well.”

“Who the fuck is that lunatic?!” Brandon pulled his hair from frustration, then walked back and forth inside the room.

“Will you stop doing that Brandon. It only increases my nervousness.” Dyte hissed. Brandon said sorry and decided to sit on the bed.

“The real question here is what will that person do to those found.” Tal bit her finger and looked at both of them.

“Tal, who do-” Dyte’s question was cut off by a scream coming from the garden area. Talisha hurriedly went to the window to check what happened. Her eyes grew wide when she saw a woman on the grass, covered with red.

She slowly took a step back as tears began to fall. “N-no.” She shook her head and covered her face with both hands. The question she just stated got answered by that scream.

“Oh, by the way, I forgot to tell you guys that I like playing my hide and seek in a twisted manner. Once I find you, you’re dead.” Talisha began sobbing loudly.

“Tal shhh stop now, or we might die next.” Dyte cooed her. Talisha tried her best to stop the sobs.

Shuffled footsteps are heard outside the room, indicating panic from people who decided to change hiding places after what they heard. Brandon decided to put more things to block the doorway.

“Brandon, I think you should stop stacking things there because we’ll change hiding places remember?” Talisha mustered the courage to stand and walk towards the door.

“No. We are not leaving this fucking room. No place is safe outside. If we stay here and wait, maybe we’ll get out of here alive and breathing.”

“What if he decides to go every room first, huh? Think Brandon.” Talisha retaliated.

“I am thinking, and you aren’t. If you go outside that door then it's farewell for us. I won’t leave this goddamn room.” He crossed both arms in front of him and looked at the window.

Screams of agony and pleas were heard, but no one was left alive to tell a single soul about what happened. The killer is having a great time playing this game. Only a bloody knife at hand, he entered the house.

“Twinkle twinkle little star how I wonder what you are up above the world so high…” He sang on the mic while slitting someone’s neck in the process.

His eyes landed on the staircase and decided to go upstairs. He went to the farthest room and twisted the knob open. There he saw four ladies in their two-piece bathing suit.

“Hello, there ladies. Let’s have fun before blood spills on the floor shall we.” He walked towards them and grabbed the first lady. They all began to cry, but nothing changed.

On the other hand, Talisha and Dyte decided to change hiding places. They don’t have a choice, but to leave Brandon in the room because he’s stubborn. Both of them are currently in the corridor when a door suddenly opened.

Both their eyes widened when they saw a man holding a knife, half-naked. He smirked at them and slowly walked to their direction.

“Hello, ladies. Are you enjoying the game? Because I am.” He has a devilish smirk on his face. Making the two ladies freeze in fear. “Eeny meeny miny moe, who would I play with first?” He sang while pointing the knife from Talisha to Dyte. “It's you then.” The knife stopped at Dyte.

He charged straight at Dyte without notice, making Talisha scream from shock and fear for her friend. The door where they came out from opened, revealing a concerned Brandon.

Before Brandon can do anything, the knife flew to Dyte’s stomach. “D-dyte. DYTE!” Brandon screamed and approached her. Dyte held her stomach to stop the bleeding, but blood continued to gush out from the wound.

“R-run away from here. S-save yourselves.” Talisha shook her head and knelt in front of her. She held both Dyte’s shoulders and look at her straight in the eye.

“I won’t leave you. I won’t leave anyone behind anymore.” Talisha looked at Brandon, the latter nodded his head. “We will get out of this house alive. All three of us. I promise.”

“Wow. What a dramatic and lovely scene in front of me. You can enter showbiz, I might say.” He was clapping dramatically like he just witnessed a great opera.“Sadly, you’d all be killed tonight.”

“Run, Tal.” Brandon stood up and faced him. “I’ll take care of, Dyte. Call the police to respond here immediately.” He looked at Talisha and smiled. “Trust me.”

Talisha stared at Dyte then Brandon for a couple of times before deciding to stand up and ran downstairs. She stopped in her tracks when she heard Dyte screaming Brandon’s name.

The killer charged straight at them the moment Talisha was out of sight. “You think you can protect both of them on your own, big guy. Guess what? I’ll kill you two, then follow that girl. Maybe I’ll feast on her body then kill her after.”

Brandon was furious from what he heard and just ran straight to his death. The killer had another knife hidden in his shoe sole, so the moment Brandon was within legs reach, he kicked him.

Blood poured out from Brandon’s side, which made Dyte scream his name. Brandon tried to evade every kick being thrown his way, but the killer is too fast. Every kick he makes are connecting to Brandon’s body. Brandon’s body fell on the floor making a loud thud. There was a pool of blood circling his body, and no movement was made.

“N-no, B-B-Brandon. No.” Dyte cried but wasn’t able to do anything.

Talisha came back to the corridor and saw what happened to Brandon. Dyte saw her and shook her head, motioning for her to leave and call for help. Talisha understood and nodded her head, but before she can even take a step she saw how the man cruelly stabbed Dyte straight to the heart.

She stood frozen then suddenly the killer’s eyes were on her. She started to run downstairs, and because of panic, she decided to go to the kitchen and hide under the kitchen counter.

The killer followed Talisha and slowly walked towards the kitchen. He clicked his tongue repeatedly, which sounded like a ticking clock. Tic toc tic toc tic toc. Suddenly he stopped and stood in front of the kitchen counter. Waiting for his prey to show herself.

Talisha was holding back her sobs when the death of both her friends sank in. The ticking sound stopped, and Talisha thought he went somewhere else. She was about to stand up when her knees felt like jelly.

I can’t stand, but maybe this is a sign that I shouldn’t stand up. Oh geez, I don’t believe in signs for Pete’s sake. She decided to stand up again, but her shirt was stuck somewhere.

When she looked at it she saw a shoe. Her eyes widened and had thought whether to look or not. You’ll die if you look, so don’t.

Oh, gosh, where do I stare? Such a thrilling story. Super creative and intriguing, and GAH that title is so simple yet so perfect. PART 2 NOOOOOOOOOOOOOOOW! Awesome job, Ricky! Keep writing! ~Aerin P. S. Would you mind checking out my newest story? If so, thanks! 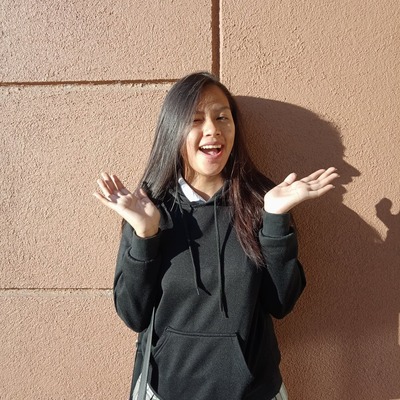 Thank you very much! I'm glad you liked it. Your comment encouraged me to write more. I'll surely read and leave a comment one of these days. 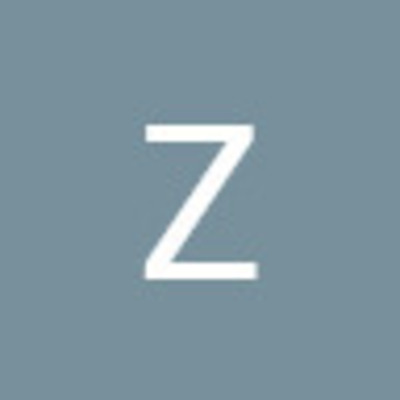 Such a great and creative story, that gave me chills, It just grabbed me from the beginning and I cried with Talisha. Please write the second part. By the way, I loved that cliffhanger ending and the moments between friends. keep writing!

Thank you for the comment! I really appreciate it. I'll try to write part 2 if a prompt allows me to hehe.