Lost in the Dream

I squint around at the people in the room with me. Hundreds of people, all dressed nicely, almost as if they've already landed a business deal. I frown slightly, looking down at my own bland black dress. The fabric feels rough on my hips, and I shift my weight from one foot to another in nervousness.

My dream has always been to be an author. Since I was little, I was obsessed with books, from the way the pages float from one to another, to the way the chapters flow together like a song, blasting into your mind.

Sure, I've written a number of stories. From superheros to castles, I know this one is the best. It's a book about inspiring others to become their dreams.

I snap out of my thoughts at the sight of a man wearing a Black Suit and a red tie. 'It's Mr. Henry.' I think to myself. My feet start gliding towards him, champagne in one hand and nervousness filling the other. Mr. Henry was the one my editor told me to look out for. He might invest in my book.

I take a deep breath as I near where he's standing. He's laughing loudly, surrounded by a group of posh people. I feel so out of place. I tap his shoulder, and he turns his head, giving me barely a glance. He nods towards his colleagues, and turns around to face me completely.

"Hello, pretty lady." He says, his voice smooth as butter. Now that we're so close, I get a chance to look at him closer. His hair is gelled neatly in a large swoop, matching his confidence that's obviously radiating off him. His smile is pearly, shining in the middle of this large crowd. You can't deny that he sticks out like a sore thumb in this crowd.

I nonchalantly rub my palm against my dress before sticking my hand out. He shakes it lightly, and tilts his head slightly. "What's a little lady like you doing alone at this gathering?" I laugh a little, and give him my brightest smile.

"I'm actually here because I'm writing a book, and I wanted to give you a sneak peek. I've read a lot of your books." I blurt out the last bit, and purse my lips shyly. He laughs under his breath a little bit, and meets his gaze with mine. It feels like he's reading my mind, because he says what I was trying not to.

"So you're wondering if the company I run would invest in you." I nod, trying to remain confident, even though the more he speaks I feel like a fish in a circle of sharks. "The book world is a hard one to get big in." He adds, his eyes wandering all around the room, pausing every so often when his gaze reaches a fancy painting.

"I knew it would be hard, but it's my dream." I state, and he turns to look at me, a smug smile written all over his face.

"Can I tell you a little something?" He says, and he steps closer to me. He drapes an arm around my shoulder, and points around the large ballroom. I follow his hard all around the room, and then he stops. "I didn't get all this by following my dream." He says, and let's go of me, letting my long silver hair fall back onto my shoulders. "I actually wanted to be an architect." He says, and I tilt my head in confusion. "What I mean is," He pauses, trying to choose his words carefully, rolling each sentence through in his mind. "What I mean is that dreams don't work." I tilt back onto the foot behind me, confused as to what he's trying to get at. I feel my jaw tighten as he turns around to walk back at his colleagues, sparing me one last glance.

"I'll try to put a good word in for you, Ms. Luna." He stops his steps, and sends a wink my way. "But don't get your hopes up. Dreams suck." He walks away, leaving me stunned.

I take a step back, trying to process what he just said. What does this prick mean? That dreams don't work? I press my fingers against the small handbag hanging at my side, and pull out my phone. My legs weave me through the crowd as I reach out to set my champagne glass on a waiters tray without sparing a second glance. I dial my editors number, hands shaking out of fury and sadness. I step outside, the cold air blasting my open shoulders. The view from here is beautiful, being able to see the entire city from a mansion's balcony. My eyes close, my lashes brushing underneath my eyes. I press the phone to my ear just as Nuri answers her phone.

"So..." I hear her say, excitement present in her voice. I forgot that I would be letting my favorite editor down too, my best friend. "How did it go?" She asks, and I hear her suck air through her air when I don't answer right away.

"He said my dream was futile." I say quickly, and listen to the silence that grows too loud on the other side of the phone. "He said he would put in a good word for me, but to not get my hopes up." I let out the breath I didn't realize I was holding in, and I suck air back in violently. I lean against the railing of the balcony, and feel the hot tears roll down my cheeks. I rub my face, smearing the makeup I spent hours doing.

"Hey..." Nuri pauses, choosing her words carefully. "He's a prick." She says softly, and I can almost see her chewing the inside of her cheek on the other side of the city, trying to come up with ideas. "Besides, there are other people that could take interest in your book." I look down at my heels, my vision blurry from tears. I blink a few times, and gaze up at the stars.

"I guess." I say, and I follow a star as it travels across the sky, calming my nerves a bit. "I just thought...." I stop talking, preventing myself from saying something that would cause another fountain of tears to come flooding down.

"It's okay." Nuri says on the other side of the phone, and she sighs softly. "Do you want me to come get you?" She says, and I nod, only to realize she can't see me.

"I'll be there in 10, and we can binge-watch that show at my house, ice cream on me." I smile, using my fingers to draw hearts between the stars.

Dreams do NOT suck. Go for it relentlessly and purge when you need to productively as you have in this story. Keep working!

I really liked the dialogue within this story! You did a great job on this. 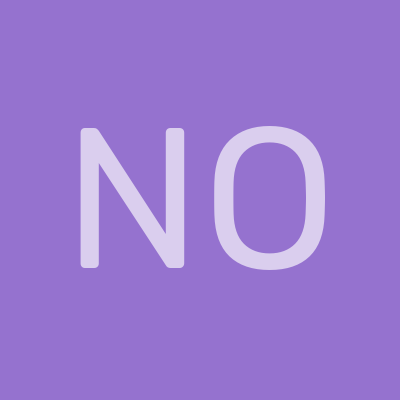 ooof, I hate the Mr. Henry, he's what we call a dream killer, but I love the way the story was written and this is what I call, a 10 story it fits the prompt amazingly.

Mr. Henry... 🤢 Creeeeeepy! Gave me a feeling of dread! Oh and, I heard once before that, because there is so much advice out there that says "write what you know", there are a lot of books about writers! Take that as you will~ 😁

Nice job. I enjoyed reading this! Your style is light and pleasant! And I hope you haven't had to deal with a guy like that in real life ;-)