That was Then, This is Now

Don’t pick-up hitchhikers. Period. It’s not something you do nowadays. Sort of ended in the 1970’s. Or 1980’s even. Usually dressed in jeans and a t-shirt. Or a sweatshirt. For points of clarity, it should be noted that a sweatshirt is now what they now call a hoodie. No change in garment design, just a change in generation. Me and my attire? I look the fifty-something hobo that I am. Redneck’s more like it. My collegiate jean jacket’s collar is totally frayed; but it blends nicely with the curls in my long blonde hair. A hippie wannabe driving a beat-up rig, about to pick-up a yuppie looking hitch-hiker. That sounds 2020’s enough.

Really, though, what if this individual was one of those dangerous hitchhikers?

But who would want this rusted out bucket of bolts I’m driving anyways? A fourteen year-old, rusty, wagon of all things. Not exactly a ‘chick’ magnet if you ask me. Or at least that’s not how it’s worked out for me.

I hit the driver’s side panel of buttons to push the one which causes the passenger side window to lower; jockey about half-way. And the clammy wet air comes in.

Of course on the other hand, they could just be kids not wanting to listen to their folks: “Do your damn homework!” I know the type; I grew up under that roof. I can hear Dad now, shouting over the din from the outside, through the windows: “Only one more year! When you’re out of school, you can do whatever the hell you want. But now, you clean up that frickin’ dump, and go do your third-grade level homework!”

I see him from about a half mile away or so. Kinda scruffy. Typical. Raccoon-like. Only the backpack carry-on at his feet. So that’s good.

As long as he’s not carrying a knife; you know the Sunday-night roast beef carver kind?

That’s why I carry the greatest deterrent to threats of violence ever known to mankind: I can scream at a pitch so high, so loud, and for so long, that I could win thousands of dollars, miles of free vacations, and first place on that network game show, “The Most-Irritating-Voice in America.” The one where the judges are four celebrities no one has ever heard of from the music industry. Each would give me a score of ten out of ten, all just because their ear drums would be blown out.

My four-ways blink as I pull over on the shoulder, and come to a slow halt. We speak through the half-drawn window. He looks up from the ground at me: bangs and all. Turns out, he’s not a he after all, but rather a she.

“As far as Concord; gotta get groceries. That work for you?”

“That’s where I get my bus,” she says, as she opens the door. “Call me, Jen.” She pulls the door shut with a creak from the jamb.

“And you can call me Mister Bus.”

She grins, then kicks her head back so her wet hood falls off her head.

She puts her turquoise backpack between her grotty sneakers, then fastens her seat belt. Safety first. That’s good. I don’t think I’m going to have to worry about this rider being dangerous at all.

Click the four-ways off, then the turn left signal on; as I watch with a grimace the traffic queue stream over my left shoulder. “Anything good in that backpack of yours?” I ask.

“No; just sports drink,” she says. “And some dirty clothes.”

My head turns towards her. “Really? Well, I’m actually parched; morning meds? I could use the extra vitamins and a spike of electrolytes.” My eyes go back to traffic watching.

“More like sugar and colored dye. But, you’re welcome to it,” she says.

We both grin and chuckle. The air is broken. She finds the bottle and pours three fingers in my travel mug.

Quiet for a few minutes. The car thunks with every buckle in the road.

She looks at me, eyebrows scrunched.

“Rod Stewart, silly. He was a singer back in the seventies? When I was just a boy,” my voice cracks.

“Yeah, I know him. My folks play the oldies too,” she says. A smile crosses her naturally ruby red lips as she turns and starts moving stuff around her bag in multiple directions. Like playing a Rubik’s cube.

The skies still drizzle as I see the skies are gray I know she can scent my own damp, humid aroma. The wipers flap, one beat off the rhythm of the background music.

“So where we ultimately headed, from Concord; if it’s not being too nosy, that is?” I ask.

Her eyes flutter open from the restful position her head had taken against the headrest of the bucket seat. “Hollywood.”

“Florida, huh?” I ask, smiling. “I used to have relatives down there myself. All dead now.”

“No, California,” she says, with an eye-roll.

“Oh, that Hollywood. Right, right.” The car clunks again. “Auditioning for that show Friends I hear so much about?”

“That’s in re-runs,” she says, singingly.

“Yeah, I know that too. I watched the originals during my salad days.”

She looks at me, then down to the floor, then back up again. The Route 12 East sign passes the right side of the two-lane highway.

My foot hits the brake pedal as I spin the steering wheel right into the gravel of the breakdown where I can come to a complete stop.

The car now at a complete rest. My face feels red. Flush.

She opens the door, gets out, closes it. Standing still, she throws her backpack over her right shoulder. Then she bends over to look in the window; I crank it back down halfway again.

“Sorry,” she says. “Just, have to go.” Then there’s a pause. “My way.” She stands upright, then quickly hunches back over into the window. “It’s not you, me,” pointing to the middle of the slightly faded white UCLA lettering on her sweatshirt. She slowly stands straight again.

“That’s fine. I get it,” I say, through the top of the window opening. “Have a good trip.”

She starts to walk, straddling the edge of the sloping road edge. I gently press my foot on the gas pedal, put my left blinker on, ensuring no traffic, and move the vehicle slowly into the lane.

“Break a leg,” I shout. She raises her left hand in thanks. I think.

Lay my foot to the floor, as my mind wonders what the hell just happened.

And if I was still drinking, I know I’d be stopping at the packie then too. 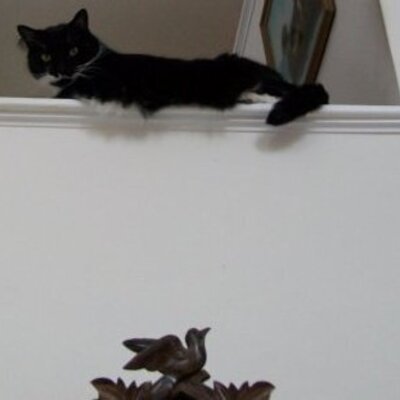