Greg is walking just ahead of me, bobbing up and down with that characteristic loping gait of lunar explorers, which so amused the folks back home when astronauts first walked on the moon. He kicks up plumes of red dust at every step. We are a very long way from home, and this is not the moon. Greg stops in front of a large crater.

“This is it Tony, Red Crater Green. Have you got my driver?”

“Yes Greg. I hope you’re not going to waste too much time on this ridiculous charade. It’s been done before. ”

“On the Moon Tony, not on Mars. Nobody has yet teed off on Mars. I’m doing it first. It’s traditional. Did you bring the golf ball?”

“Yes, of course I brought two. It would be a shame if your first shot was sliced into a crater, and that was the only golf ball we had.” I show him the box.

“I didn’t know they made golf balls,” says Greg, looking at the label.

"I never heard of them," I say. "In all the fuss and bother of getting ready for the Mars mission I just had to send the office boy to buy a number 3 wood and two golf balls. I didn't even look at the label."

“Open the box then, let’s see,” says Greg, so I lift the lid to find one white, and one red golf ball.

“You’re kidding, red golf balls on Mars? What if we can’t find it afterwards? What possessed you to get a red golf ball?”

“I didn’t know you could get red golf balls,” I say.

“You were too busy, and sent Harry instead of going to the store yourself,” Greg says.

“Well, we’ll just have to use these I suppose,” I say, wondering if Greg has any idea how expensive it is to haul two golf balls, and a number 3 wood, all the way from Earth to Mars.

“Right you are, I’ll tee off from here then. That's the fairway, over there, and this is the Red Crater Green.”

"Stop arguing, let's get on with it."

“OK, one red golf ball,” I say, holding it up for inspection.

“The sooner we lose the red one the better,” Greg says.

“Mind what you're doing, these are expensive,” I say.

“And mind you don’t lose your balance and fall on a rock. I don’t want to have to report a fatal decompression to Capcom. ‘Houston, we have a problem, did you pack a needle and thread… beep…’. Not a call I want to make.”

“Did you tell Houston you were going to play a round of golf by the way?”

“Whoa, not on your Nellie. Never ask permission, the answer’s always no. I’ll tell them I’m going to, and immediately after I have, I will ask if I may. That OK? It’ll take more than half an hour for their reply to get back here, and when they say I can’t, I’ll just send back, ‘Sorry, just did, no damage done to Mars.’ Will that do?”

“No. I didn’t think the Martian dust would support a tee plus a golf ball, so I have a can of cola instead.”

“You don’t have to drink cola. I’ll bury it so that just the top is showing, and then we’ll put a little cone of dust on top of that, and a golf ball on top of that. The cola will hold it steady, and you can take your shot.”

“Well, I didn’t bring any tees. Anyway, I think Mars has been here a while, it's not brand new. What do you suggest?”

“OK then. You bury the can, and I’ll request permission.”

So I hunker down carefully, and bury the can of cola to just below the shoulder, in soft red martian dust.

“Houston, I am just about to drive a golf ball from Red Crater Green. Is that alright?”

Silence. No reply expected now for more than half an hour.

So I set up the red ball on the cola can, hand Greg his driver, and stand well back, away from the swinging club.

“Have you got me on camera?”

Greg says that swinging a number 3 wood on Mars was rather like driving off on Earth with a raspberry cane. It was as light as a feather, and the thick soles of his moon boots added to the clumsiness with which he addressed the ball. He sliced it badly, the can of cola burst, and a white golf ball went flying into the middle of the crater.

“I thought you said it was a red ball, you idiot,” yells Greg.

“You wanted a white ball, stop complaining” I say.

“Well, you’d better go and get it, hadn’t you? That is the first golf ball ever sliced into a crater on Mars.”

“You want me to go?” Greg eyes the steep walls of the crater nervously.

“Your idea, playing golf on Mars,” I say.

Greg climbs down into the crater, from where I can hear him grumbling crossly as he looks for the golf ball.

“Chip it out of the crater, and let’s get on with this.”

After some more scuffling and cursing from the depths of the crater Greg somehow manages to loft a white golf ball out onto the sandy red dune at the crater’s lip. I don’t know how he did that with a number 3 wood. I wouldn’t be surprised if he picked it up and chucked it. Greg clambers out and inspects the white ball suspiciously.

“I have not. The dim light at the bottom of the crater makes them look red. Probably everything looks red down there.”

“Don’t talk rot. Show me the other ball.”

So I set up the white ball, this time on a little heap of dust, without the cola can. Greg makes a perfect shot up the fairway, and a red golf ball bounces twice in the red dust, before rolling to a stop.

I open the little box in which the balls came, and there, to my astonishment, is one white golf ball.

“Told you so,” says Greg angrily. “Do as you’re told next time.”

“This is not funny. I came here to study Mars, not to waste time playing silly games,” I complain.

“Don’t unscrew your helmet here matey, let’s go and find where my shot got to.”

So we lumber up the fairway and find Greg’s shot has landed conspicuously in a patch of red dust. Of course, a red golf ball, in such a situation, is rather hard to spot, but this one is flashing orange and green, so it’s a snip.

“Trick balls. Must be the sort they sell to stag parties. Bet they never thought we'd be using them on Mars,” says Greg.

“The assistant said they were a ‘Supertooth Pair’, whatever that is,” I say.

“How much did they cost?”

“Oh, I just put it on office expenses. They were expensive.” I pick up the flashing ball, which immediately stops flashing, and turns red.

“OK, I’m going to take my next shot. Give me the white ball this time. We’ve got at least fifteen minutes left before the guys at Houston tell us not to. I don’t want the next crew of muppets on Mars breaking my golfing record.”

So I put the red ball back in the box, and set up the white ball for the next shot.

We both inspect it minutely.

“Did you see that?” Greg says.

I open the box, and see the ball inside is white.”

“Are you pulling my pisser?” Greg asks.

“Hello Apollo 42, this is Houston. Are you boys having fun?” I recognise Alice’s voice on the radio. “Yes, we know you’ve already started, and by the way, permission is denied. On the other hand we have an interesting experiment for you to conduct, so shall we get started? Twenty five repeats of the following protocol. Tony will set the white golf ball up, and record the colour of the ball remaining in the box, which will be red. Greg will take the shot up the fairway, and will look in the box, and record the colour of the remaining ball. Then find the ball in the fairway, and both of you record it’s colour, independently. This afternoon, repeat the same protocol twenty five times, starting with the red ball on the fairway. I’ll call you back to discuss your results when you are done. Don’t trip over any rocks. Have fun!”

“It’s strange how something you enjoy doing for entertainment becomes drudgery and a burden when it becomes part of the day job,” says Greg.

“I thought you wanted a record?” I say.

“Hello Apollo 42, this is Houston. Are you boys still having fun?” Alice calls on the radio after work. We groan.

“You will be glad to know that we won’t need you to repeat today’s experiment again. You have settled quite a thorny issue back here on the mother planet, and I can advise you that the act of inspecting the golf balls had no effect, one way or the other, on the outcome of our little experiment. The effects you observed were a simple conjuring trick mediated by Supertooth wireless telemetry, activated by Greg hitting the golf ball with his driver. You see lads, most things can be explained very simply. The switching colours were implemented by means of the latest Chromatophore technology. Well done boys, this has never been done on Mars before. By the way, it’s April 1st, and we’re twelve hours ahead of you, so it does still count.”

I look at the label on our little box of golf balls.

They are ‘Schrödinger’s Balls.’ 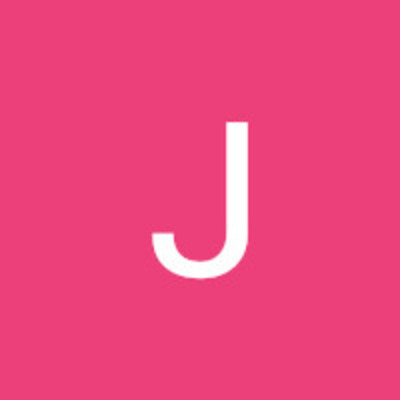