Submitted into Contest #47 in response to: "Just say it," you silently reminded yourself. You knew you'd regret it if you didn't. ... view prompt 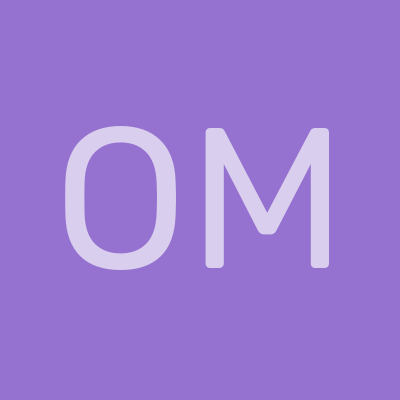 The crackle of the fireplace harmonizes with the whistling of the winds that shake the glass windows. These sounds drag you back to cold winters at the orphanage, where you’d sit alone watching the flames tickle the air. Your rough feet would extend out to the fire to capture the feeling of the heat smoothly running down your calloused toes and trickle to your sore heels. Even surrounded by so many children like you-abandoned, unloved, and broken- you have never felt so alone. The only embodiment of warmth coming from a small fireplace.

After twenty-two winters, the year 1939 begins to seep into everyone’s mind. Now residing in a small town in the South of England, where the sun rarely shines, you’ve chosen to surround yourself in darkness. It is all you’ve ever known, and you’re happy, right? Even in that darkness, the delicate snowflakes on the front lawn during the winter would somehow melt away. You don’t want them to leave, because they’re like you. Fragmented.

Your trips to the bar are usual- a way to drown and numb emotions that would otherwise consume your racing mind. It’s funny how so many people at the bar drink away their loneliness yet are surrounded by so many. You would help them if you could. But how can you do that if you can’t even help yourself. The drink in your hand is cold, water droplets running down the hips of the glass. As it touches your lips, you no longer feel the zing and slight burn that resonates through your aching throat, holding clumps of tears. You’re already accustomed to it.

You’ve heard stories about side eye glances at the bar that would manifest themselves into elaborate love stories, which was why when the man to your left gave you one, you roll your eyes. Is it the cliché? Is it the fear of vulnerability? Is it the fear of losing the one place of comfort you have-your own skin? Your mind battles between the inner and outer world, and whether that bridge should even bother being created. The man continues to glance at you, but you continue to look away, avoiding the power of his gaze. Maybe he’s noticed by now. But maybe he hasn’t.

With the few glances you give, a new detail appears. Dark eyebrows. Brown eyes that look like pools of honey when he faces the yellow bar light. Creases on his lips when he would smile at the bartender. Abnormally large hands. A piercing on his right ear. Unshaven hair on his lower left jaw. A speck of glitter on his eyelash when he looks down. The widening of his eyes when he would sip his drink. The parsing of his lips after he swallows. The way his heel balanced on the bar stool, and its occasional slips when he released the tension. Ten times you’ve looked at him. And it hasn’t even been five minutes.

“Come to my place tonight” you hear.

You hear but don’t respond. You’re convinced your tight black shirt is moving due to your racing heart. ‘Come to my place’, he said. So instantly? They had never even met. And to do what? To read a book? Watch TV? Isn’t that what friends did? They weren’t friends. Friends? As if you know what that implies.

The man cleared his throat.

“Come to my place tonight” he says again, his voice crackly.

You’re shocked with yourself. Your jaw locks as the final syllable slips from your lips. You had thought it was just another night at the bar. Just another dose of the nightly antidote. But maybe that wasn’t so.

“A fireplace?” The man asks, laughing.

“I had no idea they did that,” he says, sarcastically, “let’s start it up.”

“But it’s only October” you insist, trying to keep your cool.

You spend hours on the leather couch, talking about politics. Science. Art. Life. With each hour you inch closer to his legs, which are folded on each other. You want to be subtle but the magnetic attraction is overpowering. His feet on the ground are like windshield wipers, falling left and then right. Sparks ignite within you, a rekindled sense of life formed inside. His eyebrows weren’t just dark, they had streaks of gold. His eyes were glossy and had their own fire within them. There was a gap between his two front teeth. He bit his fingernails, you could tell, because you do it too. They were fuzzy on the tips. He was more than just a man. He was your soulmate.

You place your hand on his jaw, feeling sharp bristles of hair tickle your delicate fingers. He stopped talking, but you still listen. To the crackling of the fire. The bellowing winds. Rattling glass. The slight exhales. The thump of his feet on his ground as he loses himself in the moment. Inching closer to him, his breathing becomes the wind, and his pounding heart the glass. Your lips touched, and there they stayed. There was the zing. The long-lost strong rush that resonated through you so many nights before. But now, you don’t need a drink for that.

Your lips unlock. His lips are still stuck to yours, like it wasn’t meant to end just yet. Just say it, you think.  Say you want to do it again, say you want him in your life, say he made you feel something so strong, for once in your life you wanted to let go. Say you love him. Just say it.

You kiss again. And again. Each one more magical than the last.

The fire was still on in the morning, and the man had left. The man. You don’t even know his name. The sun was shining, and the newspaper is cozied up on the doormat. Looking through it, you laugh at the politics page, knowing how ridiculous it all was. Yesterday’s conversations replay in your mind. Then, a list. A list of men, but for what? It didn’t say. They came with pictures, too. They all had robotic smiles and round, little, pudgy faces. Then you see it. A gap between two front teeth. He’d been drafted for the war. Daniel Johnson. That was his name.

You aren’t upset, or sad. You feel glad. Glad that you told him what you knew you should have.

3 months later, you take down the fireplace; it didn’t serve a purpose. The winters became warmer and the sun shone brighter. The fire Daniel had set in your heart would be enough to power a lifetime. And it has.