“I don’t use social media,” Henry lamented to his friend, planted at the adjacent bar stool, “I’ll have to wait until summer and maybe then I could join a club or somethi..”

“Comon man it’s been over a year now. You never leave your house and the only club you’ll join is an online chess club. You can always delete the app if you don’t use it.”

Miguel had had this same argument with Henry at least five times before over the past year, in the same dive bar, and in same round, worn leather seats that smelled like someone soaked them in PBR every night.

Henry took out his phone as if it could trigger a nuclear launch. The bar only had the sound of clinking glasses, a droning recap of a college football game and a single snoring barfly.

“You know these companies sell all your information online.”

“Oh are you worried someone’s going to care about all the nudie sites you have bookmarked? No one has any privacy anymore and you won’t meet anyone any other way. I can tell you’re lonely, you don’t come out to see me and Marla anymore” Miguel said.

“Well you guys have a house and kid on the way. I don’t want to intrude. How’d Marla even allow you to stay out this late?” Miguel laughed. Henry always felt more confident when he could make someone laugh.

“I’m still here to look out for my best friend and she wants you to be happy, too. Now download that dating app so it can steal all your personal information.”

Henry tapped the download button. “Well, I guess I have nothing to lose… but my self-respect.”

“Everyone’s used a dating app at our age. Was that so hard? Now get a date. You can do it.” Miguel patted Henry on the back as they pushed out the saloon door into the early morning.

Henry woke in his parents’ basement, the bedroom window welcoming in the 7AM summer sun. His head felt swelled like an overfilled water balloon as he reached for his phone. There was the dating app, waiting for his bio and pictures.

Walking over to the bathroom Henry splashed his face with water and brushed his teeth, avoiding eye contact with himself and reaching for a comb. You’re not young anymore. You’re 30. Dating isn’t a big deal. Be a man and get out there.

The DSLR was set up to take timed photos. There was no way he was going to call Miguel to do this. The setup was over; now it was time for execution.

With combed hair, sweater and contacts in, Henry sat down in front of the camera. The same thoughts flooded his mind any time he attempted to take pictures and put together a dating profile.

Smiling for a camera feels so inauthentic. True smiles should be captured spontaneously.

He thought of pictures from family vacations at the beach, where he not thought about a smile having to be “real” or not. Why couldn’t things be as easy and natural as childhood? But were things even easy back then?

All this artificiality is exactly why I didn’t want to do this. How can I be myself while trying to project an artifice to people I don’t even know?

Nothing seems real on social media, Henry thought. I’m becoming the thing I don’t like. This is all a trap to pretend I’m a normal person to others. Whatever “normal” means.

Even if this works out, where am I going to take her to? My parents’ basement? I feel inadequate and unworthy, even if this app does work out.

Ah the self-doubt, back again.

Comon, smile. Or else this will never work. A real smile.

The date was set, 12pm, Saturday, at a French bistro. Henry called Miguel and told him.

“Dude, I told you it’d be easy! Just be yourself you got this.” Another phrase Henry had trouble comprehending.

Henry told his date, Christie, that he read and played a lot of chess over their messaging on the dating app, so he took his carved wooden chess board to play. Henry imagined most men showed off fit, shirtless pictures on their profiles.

Pulling into the parking garage near the bistro, Henry spotted a girl who looked like Christie and rolled down the window. “Hey Christie, it’s me, Henry from the app.”

Henry parked and at that moment remembered he’d forgot to clean out his car, which often looked as though someone lived inside of it. Already self-conscious of the fact, he got out of the car with Christie standing near the bumper.

Christie laughed and her curly red hair shook into her eyes. “Wow, and I thought I was the only one who kept extra underwear in their car. You never know when disaster strikes.” Henry laughed, red-faced, picking up the striped boxers and throwing them back into the car.

“So what do you do for a job?” Christie asked. Henry dreaded the question, since he wasn’t particularly proud of what he does. He’d never eaten at this restaurant and it seemed too nice for a first date.

“I work in digital marketing, trying to sell people crap they don’t need.”

“Oh? Sounds like a blast. I work for a financial aid hotline trying to help ungrateful people understand their school loans. I wish I could tell them most colleges are a total scam.”

“Right? You’re telling me. I got an English degree. I should’ve renewed my library card instead.”

“Mine’s in psychology. You’re preaching to the choir here.” Then followed the silence only looking at a menu could provide. Henry enjoyed this part of dating since it gave him an excuse to not say anything for awhile.

Henry observed the overly ornate crystalware drinking cup and pretended to read the menu. He peeked above it to try to catch a free glance at Christie, and then breathed in and sighed.

“I’m going to tell you this, just to get it out of the way. I live in my parents’ basement. I do have a job though and this is just a temporarily thing and the thing is I’m even thinking about getting a pla..”

Christie put down her menu. “I did too until like a year ago. My last boyfriend didn’t even have a job. No need to prove something to me.” She smiled and Henry exhaled. The waiter appeared.

Henry, having not read the menu but swimming in thoughts, deferred to Christie, who ordered the chocolate creme crepes and a coffee.

“You can’t order the same thing as me! Get something savory. That’s the rule when you order food with someone” Christie smiled again and Henry felt his shoulders lower. “Ok, double cheese crepes it is.”

The waiter gave a polite smile and disappeared after a brief scribble. Henry thought that wait staff could sniff out a first date, kind of like how a pig could sniff out truffles.

“So what caused you to try online dating?” asked Henry. “I never thought I would. Can’t stand social media”. Henry peeked at his phone and saw a text from Miguel: “Don’t forget to MAKE A MOVE.”

“You know, I’m not sure anyone enjoys throwing themselves out there on dating sites. I don’t either.” Christie sipped her water through a straw and looked down at the rim of the cup, eyes widening. “I’ve never had a boyfriend for more than four months.”

Henry couldn’t believe someone spilled their guts right away on a first date, the same way he remembered doing it on a bunch of first dates before he met Delilah.

“You know you have discerning tastes, that’s it.” Henry realized that that could be misconstrued as cocky and stumbled on. “My last girlfriend I dated for five years.” The next cat out of the bag. Miguel told him before to stop bringing up past girlfriends on the first date and to play it cool.

“You know it was a mutual thing and we decided we grew apart and wanted some different things out of life. We lived together and…” The waiter returned with the plates of crepes, a deus ex machine if ever there was one. Henry placed his napkin across his pants, glancing at this phone again.

Miguel’s text on the phone lock screen: “Touch her ELBOW.”

“You can’t leave it there! Do you hate each other now?”

“No, we don’t regret it. No hate, we both had an understanding.”

Henry reached across the table to touch Christie’s elbow and grabbed a curl of her hair.

“Oop you dropped this.” Henry placed her hair back on her head.

“What the hell? What was that?” The hair drifted into her creme crepe, like a thin red river on a snowy hill. “You’re putting hair in my food now to avoid the subject?”

“No sorry I was trying to touch your elbow.”

“Why are you trying to touch my elbow? Do you think I have sexy elbows?”

Henry froze. He wanted to say something witty, in the moment.

“Yeah you’ve got a sexy wenis” said Henry in a faux seductive voice.

Christie burst out laughing with creme coming out her nose like a confectionary dragon. “Oh god look what you made me do!” She rushed out to the bathroom, giving Henry time to call Miguel.

“Dude the elbow thing did *not* work.”

“You have to be subtle my man, what did you do?”

“I told her she had a sexy wenis.”

“What the hell is a wenis bro?”

“It’s the baggy skin on your elbow. I was trying to be clever!” Henry's eyes darted toward the bathroom door, knowing Christie would emerge at any moment.

“Well man stop being clever and start making moves, and not chess moves. I gotta go Marla’s making me do everything for her now she’s in the third trimester.”

Christie strides back to the table, licking her lips as if making sure there wasn’t still remnants of crepe cream lurking. Still smiling. Henry thought that maybe things weren’t going so bad, for the first time in a long time.

Rain began to fall outside the restaurant as Christie and Henry stood along the black-and-white striped awning.

“You know, you’re pretty funny. You should be more confident. You’re a really sweet guy.” Without any ability to comprehend what was happening, Christie kissed Henry on the lips. “If you want to come by later and play chess or whatever, you’re totally welcome to. Just don’t talk about wenises anymore, it’s like the word ‘moist’. Just don’t say it!”

Henry floated back to his car with his chessboard wrapped up in his sweater.

Consider changing from passive to active tense. “Henry laments” rather than lamented. Join a club or “something.” “C’mon.” I prefer dialogue cues. He said, she said. Often it can get lost in the ambiguity of shorter story lines. Again, consider Henry “wakes” Take out DSLR I am grateful to have read your submission. Awesome creativity. Keep on writing my friend. 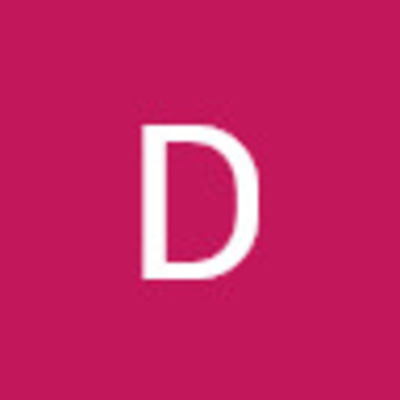 Thank you, Dustin! Great name btw ;) I plan on submitting more, and will add more dialogue cues next time. I really appreciate the feedback.