Submitted into Contest #88 in response to: Write a story about an ordinary person speaking truth to power.... view prompt 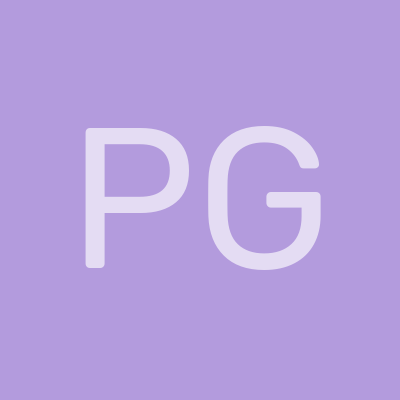 It sure has been a minute! This letter probably seems out of the blue since we haven’t seen each other since our five-year reunion, but for some reason, I’ve been reminiscing about elementary school lately. Maybe because today is Valentine’s Day, and I always think about how this holiday has never been as much fun as it was back when we were eleven. I know it’s been decades since then, but I swear, I can still picture it vividly. Remember the lunch sacks we would decorate and hang from the chalkboard tray as our Valentine receptacles? And shopping for those cheap (Snoopy or Strawberry Shortcake or Spiderman), perforated, punch-out cards that we’d give to each other in class?

I knew then that most kids didn’t care as much about this activity as I did. I guess I was a little weird, because I would sit down many days beforehand at our living room coffee table, spread out all my cards, and carefully select each one for each classmate. My mom always made me give one to everyone in class, but I still found ways to make some stand out.

For my select elite, my best friend and especially the cute boys, I’d save the ones that might be interpreted to have hidden meaning. I safely hid behind the typed messages (“I’m nuts for you!”) because those words were already there before I came along, printed by someone else who worked in the Peanuts greeting card department, which meant that I could deny they meant anything at all. What was true and what no one ever knew was that I meant exactly what those words said.

But the real pièce de résistance, the linchpin in my plan to convert the cold-hearted, to declare my young and virile intentions without committing anything of real emotional value, I’d hand select the perfect candy hearts for select envelopes, applying the same message-selecting technique. “U R Cute” or “Kiss Me” or “Hot for You” were communiques of love delivered via the etching on a colored piece of hardened sugar.

Conversely, if I wanted to make the opposite impression for the weird or gross kids, I chose from the candy hearts that were leftover, the ones with the innocuous, just-friendly-enough language, like “Have a Swell Day”. Those I’d sign with just my first name. Kim. No “love” or “yours” – no frills. Like for Kevin, the kid-on-the-brink who used to call me during my shower on school mornings to make sure I was coming that day…he got “See Ya”. I have come to accept that you probably lumped me in with those gross kids. I didn’t think that was accurate, but perhaps that’s how it goes: We see ourselves as the heroes of our own story, even if no one else does. Sorry! Didn’t mean to bring things down! Anyway, it’s fun to reminisce, isn’t it?

Actually, all of this is beside the real reason I’m writing today. I want to ask if you remember Valentine’s day in fifth grade. Because it made enough of an impression on me that I still wake up each year on February 14th thinking about it. I can imagine what you’re thinking, and the answer is no. I’m not some sad, middle-aged weirdo who can’t let go of the past or anything. I have a cat and a job and basically a normal life. In case you have forgotten, let me jog your memory:

I was doodling during that post-recess time when the teacher read books to us. It was just before the Big Day, and I must have been feeling amorous. I was drawing a picture of three actual boys in our class that I liked that week (I always had a hard time picking just one). Anyway, it was a striking drawing because the three boys looked really different, which was helpful since I wasn’t a very good artist and all my human images really could be anyone – amorphous, oval legs, necks just a hair too long and narrow to hold up the heads, and ears that looked like teacup handles. But that particular day, my crushes neatly aligned with my portraiture talents: there was Greg, the ultra-blonde Mormon kid, Clay, a freckly brunette, and you, a dark-skinned Indian boy. So just with some shading of hair color alone, I was able to make my renditions fairly distinct. I was proud of it.

I’m not sure why the next part happened, but I guess when you’re 11, you aren’t yet versed in the ways of longing romantic feelings. Plus, you and I were friends (at least, we had Scientific Reading Achievement class after school together), and since you were in the top three that week, I gave you the picture. I can’t remember if you blushed or were flattered, but generally you handled it pretty well. I was relieved.

Anyway, along came the morning of February 14th and as per usual, I went to school with butterflies. I dutifully stuck an envelope in each paper bag and anticipated reading all the ones that were already stuffed in mine. You, on the other hand, instead of following tradition, had done something else. As the smartest boy in class, and as one who had access to his doctor-father’s private practice office, you had come up with a move that stymies me to this very day: with covert stealth, you ran off 30 copies of my Love-Confession artwork into your dad’s color copier...and stuck one in each sack.

Before I could get to the good part of opening the Valentine that Clay left for me and discovering whether he chose the heart that said “Luv Ya” or “Glad We’re Friends,” the din of the classroom was already amplifying. I shuddered when I realized Lisa was smiling as she looked at her copy of my Love Confession. As I recall, she was standing next to Greg, the towhead, and was pointing it out to him. Greg never had girlfriends, never even talked to girls, and actually didn’t really talk too much to anyone, and this information sent him into some kind of freeze. Clay, the popular, jocky prankster, simply burst into a fit of laughter, gesticulating to his buddies in a manner that clearly communicated, without him actually having to say it, that the idea of him being my Valentine – or worse, boyfriend – was a ridiculous notion. You were taking this all in from the side of the room – no doubt watching me trying to hold myself together and wondering what you had done. I’m just guessing.

Once the teacher finally figured out what was happening, he pulled you and me into his office to point out how mean what you’d done was. I think he meant to kind of rescue me, but it just sort of cemented my place in the hierarchy of the class for good. You looked like you felt bad. I like to think maybe some shame? But the truth is, it was also the first time you’d ever gotten in any sort of trouble at school, so you probably just felt out of your element. You know, how Kevin always felt. And me too, I guess me. In any case, it felt good to see you not being the cool, smart, popular kid for a moment, even though I had a crush on you. I don’t know if the teacher ever told your parents, but I like to think so.

Now that’s ancient history and of course, we’ve all moved on. I heard you were a cardiologist in Manhattan. That’s great. I’m sure your empathy skills continued to develop after fifth grade. I just wanted to let you know I’ve forgiven you and I don’t think the “event” caused me any permanent damage. It is true that neither Greg, Clay nor you ended up being my boyfriend – ever – so I’ve had to untangle the cause-effect pattern that was the natural outcome of that day, but I think I eventually succeeded. No hard feelings. Really. My address is on the envelope if you ever want to get in touch. Feel free to share it with Clay, too. I guess Greg has, like, seven kids and is living in Idaho running a natural food empire. Lisa is an attorney in D.C. And as far as I know, nobody talks to Kevin. I heard he’s a hermit and like a selective mute or something. I hope it wasn’t because of years and years of rotten Valentine’s Days, but who knows? Take care!

p.s. I included a candy heart for laughs. I didn’t pay too much attention to what it said.