Submitted into Contest #157 in response to: Write about someone deliberately trying to make somebody else envious.... view prompt 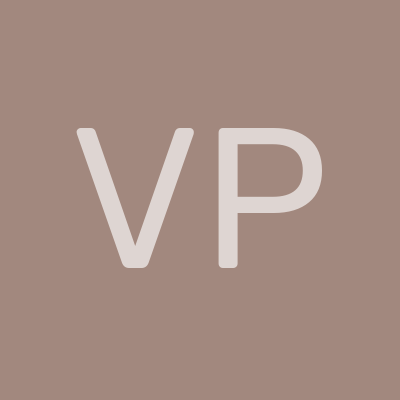 One, two, three, four, five—there you go. One, two, three, four, five—there you go. Breaking the task into smaller portions made it bearable, survivable. It made it so I wouldn’t use the box cutter to open my veins instead of the cardboard boxes. So many cardboard boxes, hundreds of them, because who had to sort out all the tiny pieces needed for the next day? Thirty-five of those here, fifty of those there. Who had to do that until ten in the evening, until his fingertips went numb, until his eyes couldn’t focus anymore? Me.

I got all the shitty jobs, the things an engineer shouldn’t have to do—sorting pieces, inventory, cleaning, and so on—since Rick was too busy hanging out with the boss and meeting other big shots and punching out early because “he deserved it.” And back home I didn’t have any time left to work on my theory and research, the revolutionary breakthrough I’d been fantasizing about, and more or less working on, for years, and if I did have a couple of minutes left in my day, I was exhausted beyond the possibility of action. But I needed the overtime. They had cut the bonuses so they could fund the new branch—the Hormone-Sensitive Robotic Helper.

My sister had called me, in tears, saying she’d had a long day at work and had just got into a fight with her husband, so when her robotic helper came to clean the table she was sitting at (which it had been programmed to do at this exact time) she lost patience and pushed it out of the way. The robot broke its central box on the counter, and the insurance refused to cover damages caused by an anger-fueled accident, and my sister couldn’t afford another one because she had no job since she had only one leg, which was why she needed the robot to help around the house in the first place. The robot had been at the right place, right time, but the context made it wrong place, wrong time. It came to me like a packaged dream dropped on my head—robots with a hormonal sensor that would allow them to adapt their actions and schedule according to people’s moods. They would not only be efficient, but customer-centered. No more robots bursting into a bedroom filled with oxytocin and interrupting the coitus of their owners. No more robots vacuuming the room of a studying kid secreting cortisol because the exam is the next day and there’s a lot of catching up to do. No more robots cleaning the shower drain while a teenage girl is crying her eyes out on the toilet. No more robots sweeping the floor during a couple’s fight and aggravating the situation by adding a buzzing sound to their screams and bumping their feet with the electric broom.

Rick didn’t have that origin story. “His” idea just came out of nowhere. Yeah, right. Sure you haven’t read that in a notepad somewhere, Rick? Oh, you thought about it first, is that right? It’s just a coincidence. You lying sack of…

All that buzzed in my head as I worked. I had to force myself not to gnash. So many pieces of my teeth were missing because of that. I scratched behind my neck, was harshly reminded there was a sunburn there, and grimaced.

The lights were still on when I got home. Good. She was awake. I couldn’t wait to see her, to hear her voice, to get a pleasant thirty minutes out of those twenty-four tedious hours, a drop of syrup in a big bowl of bile. The house looked better at night. Couldn't see the yellow grass.

When I got in, what did I find? More cardboard boxes. And two wine bottles, empty.

“I thought you said you’d stay with me,” I said. “That it didn’t matter, and you didn’t really want a kid anyway.”

“This has nothing to do with that,” she said. “Call it cliché, but it's because you’re never here.”

“You complain when I’m here too.”

“That’s the other half of the problem.”

“The bills won't pay themselves. Wish I could invent that.”

“I know.” She looked down, then back at me. “That’s why I’ve pushed through it for months. I tried. But I can’t take it anymore. It gets so lonely, all the time.”

“Don’t you have friends from work?”

“They’re all with their husbands and wives.” She paused. “Of course, the house would feel less empty with a kid in it, but that’s not a possibility.”

The next morning, she moved to her mother’s.

I dragged myself through the days, the weeks, and avoided interacting with Rick as much as I could. I didn’t want to deal with a murder on top of a divorce. But he made himself difficult to ignore.

He got no answer out of me.

“Anyway, could you finish alone tonight?” he added.

He didn’t even feel the need to give a reason anymore.

“I really can’t,” he said. “I got to give a talk on ingenuity at human resources.”

Rick laughed. He walked toward the door, then turned.

I swallowed bitter saliva. He winked. His skin was pink and hydrated—he could afford to have a sun shield installed around his house with the promotion he got. Close to the exit, he turned again, sinking the nail deeper into my psyche.

“Swing by the bar down the street after you’re done,” he said. “If you’re not too tired.”

I’d rather burn in hell.

I didn’t go, obviously. But my wife—ex-wife—did. Call it the irony of life or the sadism of God. She moved in with Rick.

“She didn’t feel comfortable living at her mother’s,” Rick told me. “I’d rather you hear it from me. We’ve known each other for a while, and I don’t want to hide anything from you.”

The following day, I woke up at four in the morning. I wanted to be the first one there. I took my vitamin pills, covered my reddened face with sunscreen, and headed for work.

All the hormone-sensitive robots in the engineering room rolled out of my way. I walked up to the robot assigned to Rick’s station—the one that brought the material to his work table—and I played in its system. I programmed it to raise the boxes higher, to drop them faster, slightly to the left of its usual mark on the table, where Rick would stand. I disabled the warning beep it made before putting down the load. I could picture Rick’s head crushed under a hardware box. An unfortunate accident, not a murder—a mechanical malfunction.

It didn’t turn out as expected. The robot dropped a box on Rick’s back, not his head. Rick was fine, only wounded. While I toiled twice as much, to compensate for his absence, he stayed at home, on paid leave. Everyone sent him flowers. He was in a wheelchair for a month, but not paralyzed. Still had enough mobility to impregnate my ex-wife.

In recovery, Rick worked on some theory, following an idea inspired by the accident, and ended up with a major breakthrough which gave him the Nobel Prize in Physics.

One night I downed a bottle of bourbon and headed for work. I turned the lights on in the engineering room, opened one of the robots. They were all new. The boss had replaced them, fearing further malfunctions. There would be another one. One last little accident. After a lot of fumbling with wires and codes, the instruction I gave to the robot was simple—kill me.

I should have waited to sober up before I programmed it. I must have messed up the strength or the accuracy or a bit of everything. Because the hit didn’t kill me. Because there I was, in the hospital bed. I couldn’t move my legs, couldn’t see out of my left eye, couldn’t communicate, had no short-term memory, and I drooled profusely. There was only one flower on my nightstand. From Rick.

I stared at the large mechanical arm above me, hoping it would fall.

Hi Vincent, this was a creative story indeed. I feel very sorry for the MC it seems he has nothing but bad luck, and his nemesis Rick, has the exact opposite; everything falls in his favour. He gets the promotion, the boss loving him and in the end the girl and physics prize. Enough to make you want to kill yourself, woops can't even get that bit right. Well done, I enjoyed reading your story a lot:)

Really creative with the hormone sensitive robot. I love the concept--perhaps you'd reprise the idea in another story ;)