Submitted into Contest #45 in response to: Write a story about change.... view prompt

The Smallmen were hardworking and accepting of their lot in life. They married and had little Smalls. Their wives looked after the homes and children and had hot dinners on the table when the men came home after their shifts in the mines. They didn't have luxuries, but they survived well-enough on the Glittles that they earned. The local store was always there to spend their wages in, and so was the bar, where the men liked to have a beer before heading home from work. And it was handy to grab a sandwich from the work canteen at break-time too.

The Tallmen, the mine-owners, were loaded. They hoarded the Chainge that the Smallmen earned for them, spending just enough to keep the Smallmen's town running and everything under control. They had plenty over to live indulgent lives of total luxury. They laid on their lawn chairs by their pools, sipping champagne and worrying about losing everything. They worried that one day the Smallmen would become discontented and form an uprising. But then they remembered that they had a hired army of bodyguards and other security personnel, and they remembered to tell their poorly paid secretaries to remember to tell the accountants to remember to check with the stockbrokers that they were investing in all the most profitable companies. Which of course were all owned by other Tallmen like themselves.

The Tallmen were married and their wives paid Glittles to their nannies to look after their children – taking them horseriding and to elecution lessons, to ballet and gymnastics and trips to the zoo or the theatre. That was when they weren't away at their schools where they boarded all week.

The wives were bored silly but tried to alleviate the boredom by meeting for coffee at exclusive clubs with boutiques, exercise classes, saunas, salons and everything else that they could spend some Chainge in. Of course, the owners of these leisure halls were Tallmen and enjoyed a healthy profit to use for their own luxurious lifestyles, while they paid Glittles to the Small hired workers who were their serving from dawn to way past dusk. The bar workers were the worst off since the bars and clubs were open until dawn the next day, when the last Tall drinkers went home to be waited on through their hangovers or to go and dry out in their expensive health farms, which of course had all the same luxuries as the other clubs – pools, manicured lawns and flowerbeds, restaurants, gym facilities and every other luxury except for the ones that the residents were temporarily escaping.

So things went on day after day after week after month after year.

And then a young Small girl got sick. Her mother stayed home nursing her but she wasn't getting any better. The doctor in the town wanted more Glittles than they could afford for more treatment. It was possible that she might even need a hospital stay, which would be even more expensive.

Her father plucked up the courage to ask the banker for a loan.

“Please” he begged. “I can't bear to see my daughter without the care that she needs.”

The banker was sympathetic, but he said that it was out of his hands. He was only allowed to give loans to Tallmen, who had the money to pay them back.

“I'll work two jobs” cried the father. “I'll get my wife to work too. We'll do anything to make sure we can pay the money back. Just so long as our daughter gets well. My boy can even help out after school and weekends. I'm sure there's something he can do to earn money. He could do deliveries or wait tables or do cleaning or cut lawns, wash windows. He wants his sister well.”

The banker said that if it was up to him, he would definitely have approved the loan, but the Tallmen would not allow him to make that decision. The rules were specific. No Smallmen could have loans. The theory being that anything could happen, they could become sick or die or lose their jobs and then how would the Tall bank owners get their Chainge back.

The Small society was hurting and weakening. The Tallmen wanted more and gave less. The burden was breaking the Smalltown and something was going to give.

There were rumblings in the mine. The rumblings grew and the ears of the Tallmen could not block them out. The Tallmen grew more and more uneasy.

The Chainge in their pockets glowed with menace. The love that the Tallmen had was giving it a lifeforce of its own. The Chainge was heavy and shining. Each piece of Chainge began to morph and link with its neighbour. And the Tallmen were literally wrapped up in their misused riches. The ropes of Chainge bound their owners and weighed them down.

The wails of the Tallmen could be heard in the Small town. The Smallmen were curious and went to see what was happening. They were met by the bodyguards, the servants, the nannies and the waiters – all the Small people who had been the underpaid workers of the Tallmen.

They looked at the Tallmen captive to their Chainge, and they ignored them and went and swam in the pools, ate luxurious food, enjoyed smelling the roses, and eventually let the Tallmen free after building them enclosures to live in, where they could be controlled and forced to work to produce Chainge for the Smallmen. They were fed once a day just enough to keep them alive.

Maybe one day the Smallmen will have to decide if it's worth giving them better living conditions....

A quality read! I love that it didn't follow my expectations-- I thought the Smallmen would be more benevolent rulers since they remembered their oppression by the Tallmen, but in real life, that rarely happens, does it?

I think I left it as the immediate after, but in the later after they could figure out how to do it how they would have liked it when it was the other way round. But that is left to the imagination. I'm glad you liked it, thank you for the comment :)

... so came the revolution. Yes, that's how it goes, with good intentions at first, then the leaders of the 'Smalls' behave exactly like the 'Tall.' I hope the 'Pamela S' is a pen-name, Mr Trump will be looking for you. 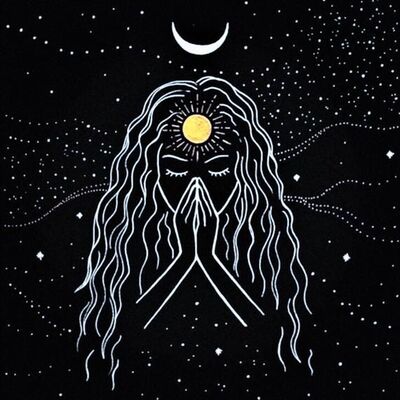