Submitted into Contest #163 in response to: Start your story with someone breaking an awkward silence at a family dinner.... view prompt 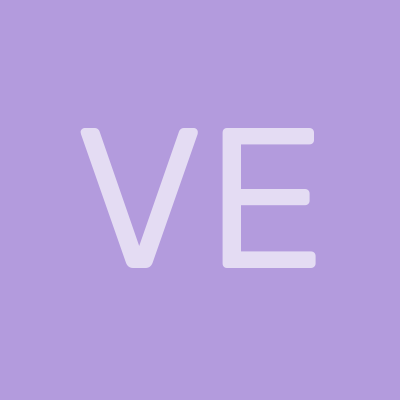 “Fuck it. I got sumthin to say,” I said, and caught my old granny nearly faint in the corner of my eye. I imagined Judas having the same reaction sitting at the table with Mary and the disciples right after the crucifix. “This shit’s been on my mind for a while, and I thought everyone should know…”

Paid, smiling actors sitting around magazine modeled table with overexposed lighting and a tiny logo at the bottom of festive commercials made my head numb. It reminded me of the shittiest half of the year. That cheerful and lovey-dovey crap family were supposed to do must be a family trait my blood relatives lacked growing up.

My granny forced me to go to the small church, with squeaky pews, brand new bibles, and a pulpit so tall it could reach heaven, and that’s where my pastor uncle spent more sermons complaining about how fucked up the family was than he talked about God. That was the only time anyone got together and acted like they cared. The other days, besides going to school, were playing basketball in the back of my house with my imaginary friend, Dave.

Anytime I got in trouble, I would blame Dave. If I was failing a class, it was because of Dave. If I got into a neighbor’s yard, it was Dave’s idea. If I caught the wrong bus? Dave had fiery red hair and popcorn freckles. His dirty clothes made him look like a kid who knew how to have a good time in the sandbox. I wouldn’t be surprised if I and Dave inspired a few of my uncle’s sermons, to say the least. Dave once had the idea to leave a tact on the pastor’s chair to see if he would cry out hallelujah when he sat down. He didn’t. It was “Holy shit,” and that pretty much described what Dave and I were to the family. We were pretty shit, but they were too holy to admit it. I mean, I wasn’t a bad kid. In fact, before Dave, I was this skinny pale kid that liked to wear all black rather and was soft-spoken on the rare occasions I did speak. After Dave came into my life, the only thing that changed was the stuff he made me do.

Other than Dave, I never felt much of a strong connection with anyone. Our church picture looked more like an extended Adams family without the extra hand. Stiff as a board, we wore uniformed black suits they could fill in as the spaces in the church’s closet. I could always count on those skeletal emotions walking out after Halloween during the special terrifying dinners.

It was I, Satan, that walked into the church after many years of absence. Presented on the floor, between the pews and pulpit were the kitchen tables. One after the other, I forced a smile when greeting each member of the family I would rather forget until I found my place next to the one that forced me there, dear old granny. This could have been Jesus’s last supper with how we sat around the table of pilgrim food. Stuffed turkey, mashed potatoes and gravy, corn on a Cobb, greens, beans, cranberry sauce, and pumpkin pie. After my uncle said the grace, we were about to begin when an old feeling came up. I saw my friend, who I hadn’t seen in a while — here and there, on occasion — sit right next to me and he gave me a familiar nod. Just like that, my mind popped with sprinkles of fun and dirty things I ought to do.

I tapped my glass with my fork like they do in the movies. I wasn’t planning on speaking. I came up with the idea to keep to myself and then leave. Normally, I’d feel numb at the slightest thought of speaking up, but I was emboldened. The evening sunlight from outside was blocked by the slabs of white paint meant to shield the members, only to darken an otherwise bright sanitary for worship. The broken bulb above my head flickered. I tapped again. My aunt, who put her nasty feet in the mashed potatoes and gravy — a southern expression, sort of — and a few cousins, who brought the grocery store drinks, stopped what they were doing and gave a twisted look of confusion on their eyebrows and wrinkled their noses. I didn’t bring anything, but my Stranger Things hoodie. I would much rather be in the Upside Down. Everyone else wore casual dress wear. I looked like how I felt inside, the outcast.

Dave tapped his glass. I smiled and the moment I opened my mouth one of my cousins spoke out about some stupid joke he heard at school as if he didn’t know I was about to say something. Normally, I’d let that slide, but Dave looked at me with his look. Suddenly, the food tasted like plastic and the light above my head came on a little too bright. My voice burst over the table loud enough to echo smack my cousin quiet in the face.

“Fuck it. I got sumthin to say,” I said, and caught my old granny nearly faint in the corner of my eye. I imagined Judas having the same reaction sitting at the table with Mary and the disciples right after the crucifix. “This shit’s been on my mind for a while, and I thought everyone should know…” I got up and the sharp whiff of lemon pepper made me want to sneeze. The church seemed to wobble until I realized it was me who stood up so fast from the metal, folding chair that I felt dizzy and forgetful. I should have brought a note card. “If you didn’t know, I will be graduating from the University in the next month.” All the faces went from hard concern to soft approval as if it were in the script. Then, I dropped the gospel on them, “I’m getting married.” I could see my cousins turn to each other and whisper. “I’m getting married to someone you know and that I told you a lot about,” I said with my hand across my chest as if I won an Oscar for best actor. “His name is Dave. I’m gay.” I could hear the building choking on its own faith.

“We believe in Jesus, not gay marriage,” I remembered my uncle say on the pulpit when I was growing up. I think he was trying to prevent the inevitable from happening, but it happened in his face anyway. On top of that, Dave was a black, soulless ginger. We were race mixers. I could see in the corners of my eyes how everyone sort of looked at each other and didn’t know how to respond. The next thing I did was give Dave a big, sloppy kiss. The gasps grew louder. I could hear their confusion morph to disgust while I slid my tongue down his throat and unzipped his pants to finish him off. The members looked to the pastor, but before he could stand, I got on my knees and gave Dave a blowie. This was my loud “fuck you” to the family.

I was back at the table when my cousin was finished with that stupid joke that never seemed to end. Oh, yea. That didn’t really happen. Once he finished, I tapped my glass and as soon as I began, another one of my stupid cousins made an announcement about being pregnant. Who cares? When she finished, my uncle began to speak. I saw Dave shake his head and a burning rage ignited in me until I broke the glass over the table, stood up, and lunged it into the pastor as soon as I could get to him. Dave was there with me and he held my hand as we kept stabbing him until he stopped moving. This was for him ever to think it was a good idea to tell me to shut up as a kid in the middle of church service. The blood gushed from his lifeless body onto the floor and I could hear everyone screaming and crying in agony. I kept stabbing and stabbing until my cousins pulled me off. They kept asking me why… why?

“Why are you tapping on the glass, dear?” My old granny asked me.

Oh, shit. Everyone was looking at me. After my cousins were finally finished with their jokes and announcements, my uncle and his ideas for the church, and my aunt’s comments on the cooking, it was finally my turn. I cleared my throat longer than I probably should. It felt like a frog got stuck in my windpipe. I held up a finger, coughing until one by one everyone trailed off into their conversations — talking about whatever the family talked about.

My old granny tapped me on my shoulder and asked me what was wrong because my whole face was bloody red. I saw into her face, for the first time I’ve been there. “Who are you?” I swear to God I didn’t know who she was, but I told her that I wasn’t ever going to buy weed from Dave to feel better about going to the next family function again. The food was good as hell, but this wasn’t my church. I didn’t know who any of those people were. The worst part is I didn’t even remember what I wanted to say, but I knew it was important. Wait, I did remember what I wanted to say. Before I was cut off by all the relatives that weren’t really relatives at the table, what I was really going to say — that was so important, before I forgot — which didn’t normally happen, unless I was high as fuck… but then again, I’ve always been like this with Dave. People often thought it was kind of weird how I would just trail off while I’m rambling “incoherently” about something. Anyway, what the fuck was I talking about?

Wow! My head's still spinning. I don't know if the confusion in your story was a metaphor for the confusion in your head but I thought it most unusual. It was an interesting approach. My only comment is that it was a little too confusing. You're rebelling against your family, against religion, but I wasn't sure why? I had trouble discerning what was thought and what was reality. Are you gay or was that and the sexual encounter with Dave just something you'd like to do for shock value? You've got the potential for a good story, but you need t...