Submitted into Contest #24 in response to: Write a magical realism story that takes place in the Wild West.... view prompt 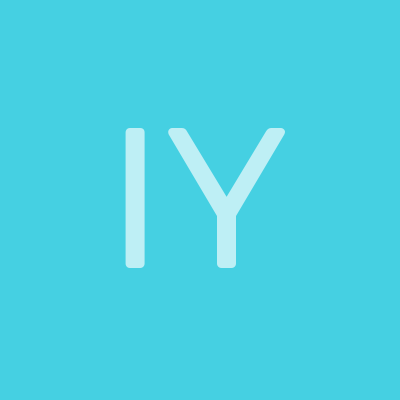 Jeb sat on his horse, looking back over the covered wagon train. They had traveled many miles over the past months, and still had many to go, but spirits were good. Only a few members had been lost - some to sickness, one while fording a river, and one who was just plain old. They were still 200 people strong. So far they had managed to avoid running into natives, and he thought it safe to say they would make it before winter set in. Not his worst trip, not by far. Jeb was a known wagon master, paid by large groups to ensure safe route out West. He had ridden horses all his life, driven cattle, and knew the land better than he knew any other living person. With his hired men, he had taken group after group out west and made himself a small fortune.

These were people who were willing to risk life and limb for a new start. It could be hard, dealing with the dangers. It was never easy to watch a mother bury a child who caught a disease and faded away, and Jeb himself did not speak a word for days after one of his hired men was killed by natives. Still, they pushed on. That’s just how these things go. If they were lucky, the least of their worries would be disease and natives, or weather and supply shortages. When the settlers had come out West, they had found much, much worse than that.

Among the many discoveries in the new country were the diverse new flora, fauna, and wildlife. Trees, roots, herbs, flowers, bugs, birds, animals were discovered that amazed and delighted the senses. However, there was also the discovery of some rather more unseemly creatures. Creatures that seemed to hover between being wildlife and human, with wants, desires, motives, and thoughts but without any sort of order or reason; creatures that inspired folk tales and legends, described by old women to entertain children or make them behave. Jeb was of the opinion that back home such creatures had merely been driven to extinction, because here in the untamed wilderness, they were very much alive. In fact, they thrived. Fae, wendigos, echidnas, kelpies - Jeb had seen them all.

Jeb kept his eyes on the wagon train, his ears pricked for anything out of the ordinary. Quiet. Then, in the distance and barely audible, he heard her.

Her shrill cry drifted over the land at this time every evening. The banshee. They had been subjected to listening to her for almost a month now, and would probably hear her for another few days before they made it past the land she inhabited. Jeb himself did not know if it was one creature or many. No had seen the banshee up close, and aside from her lamenting shriek she did nothing to disturb the wagons, which made her relatively harmless. Still, her voice - unlike any animal’s howl - made the horses nervous and the babies cry.

As the sun sank lower in the sky, the wagon train stopped for the night. Fires were made, dinners prepared, but Jeb did not dismount his horse. Every evening, he made a cursory circle around the entire train to inspect wagons, livestock, and check on the welfare of the people.  The men he passed tipped their hats, and the women would greet him with a, “Good evening, Mr. Dousett.” He passed a group of children playing a game with sticks, in good spirits despite the evening’s eerie soundtrack. A sweet young woman he recognized as Clara attempted to corral them.

“Mr. Dousett,” She started to say, and it was then he realized her face was riddled with worry.

“Everything all right?” He asked. “If you’re worried about the banshee keening, you should know she’s not ‘nclined to come near.”

“It’s not that.” She wrung her hands. “It’s the little boy. Matthias. He’s been so listless these past few days, I know it’s not like him at all. I’m worried he’s caught something, but he has no fever. Just don’t feel right, and I don’t want the other kids to catch it now too.”

“I’ll take a look at him.” Jeb reassured her. It wasn’t an uncommon request, since he had seen every disease you could get out this way.

In the few moments they had been speaking, the children had made a run for it with their sticks, hollering at one another. One little boy lagged behind. Jeb dismounted his horse and made after them.

He watched them playing behind one of the lead wagons, and it was obvious what Clara meant - the other children were quick and springy, but Matthias sat back, limply holding a stick and only occasionally offering a thin lipped smile. Jeb watched for a moment as the boy looked around, and something in his eyes didn’t seem right either, but Jeb couldn’t couldn’t have said what it was. If the boy didn’t have a fever, it was more likely that he was just malnourished. Just then, one of his men interrupted that there was a problem with a wagon that Jeb needed to attend to.

He made a mental note to check back on the boy, but would regret that he had not done so right away. Jeb Dousett was not a careless man, which is how he had seen so many trains through to the West, but even he could not have known that the problem he was looking at was not a human one.

As Jeb and his men worked on the wagon, the banshee continued her crying in the distance, like the wind through a door jamb.

Over the next few days, there was a miserable rainstorm, which is perhaps why neither Jeb nor the other travelers noticed that the boy Matthias’s parents had become more and more fatigued. No one noticed that Matthias wasn’t playing with the other boys anymore.

The third night of rain, as lightning flashed and the banshee sang her mournful song...

Jeb had a nightmare that he was being crushed by a boulder. He woke, covered in sweat, to find a weight on his chest - not just a dream but a tangible nightmare. He blinked sleep out of his eyes, trying to draw breath, and saw that it was the boy Matthias, feet planted firmly Jeb’s torso. Jeb stared in bewilderment, and Matthias’s eyes stared back at him. He had known something was wrong with the boy’s eyes, and up close he could see that the irises were yellow, almost glowing. The boy smiled then, slowly, his lips parting to reveal teeth that were long - too long - in his mouth. Something about the boy’s face was sickening. Something was not right.

All the time, in the background, he heard -

It was a moment that lasted mere seconds, but to Jeb it felt like a lifetime, and he would remember it just as long. Coming to his senses, finally, he summoned up his strength and shoved the boy off as hard as he could.

Outside, a woman screamed. Underneath the scream was the call of the banshee, and the two sounds intermingled in a disturbing harmony until the woman stopped. Scrambling to his feet, Jeb saw that the boy was somehow already upright, still smiling that sickening smile. He looked like a boy, but Jeb knew in that moment that he was not, he was not human, and he was not Matthias. The boy took one step back, then another and the only way Jeb could describe him is that he looked wrong.

Then the thing that looked like Matthias turned and ran, and despite his alarm, Jeb’s instincts took over and he sprinted after him.

He heard the wailing of the banshee as he ran, the boy just yards ahead of him. The ground was slick with mud, but the boy ran with unnatural swiftness.

The sound was so close that it seemed to be coming from right beside him now, pounding into his eardrum and he could not possibly run for the pain of it stabbing into his brain -

He was forced to a stop and stood clutching his head. The sound stopped as abruptly as he did. He dropped his hands, his head throbbing, and looked up. Beside him was the ghostly figure of a woman, but she had no face. She turned her head and Jeb followed her gaze.

The boy had stopped. He faced Jeb, grinning with his too-long teeth, his head cocked at a sick angle. Just ahead of Jeb was a diamondback snake with its fangs exposed. The boy had not been running away, but leading him to certain death. And the call of the banshee, once viewed as a threat, had been a warning all along.

Jeb kept his eyes on the snake then, backing up slowly, and when he looked up, both the boy and the banshee were gone.

Jeb had never encountered one such creature himself, but knew afterward that it had been a changeling. There was no way of knowing when the real Matthias had been taken and replaced with the fae child, and Jeb knew that they had no hope of finding the human child. He was hidden by fairy magic. The changeling had fed off the parents for as long as he could, possibly without even their knowledge, and then gone back to be with his kind.

The sun came up the next morning. The boy’s parents had been found lying side by side. A grave was dug, and faces were solemn, but after they were buried the wagon train moved on.

And that night, when the banshee called, Jeb slept a little more soundly.

Excellent story! I enjoyed reading it.

I love how it was a changeling all along, cool ending!

Well written. Haunting and charming. Reminds me of the role playing game -Deadlands- check it out. This could have been an adventure in that RPG. Felt sorry for the boy Mathias and his parents. That simple unsettling description...the boy that was not a boy...so good. I will have to read more of your stories.