Submitted into Contest #102 in response to: Start your story with a metaphor about human nature.... view prompt 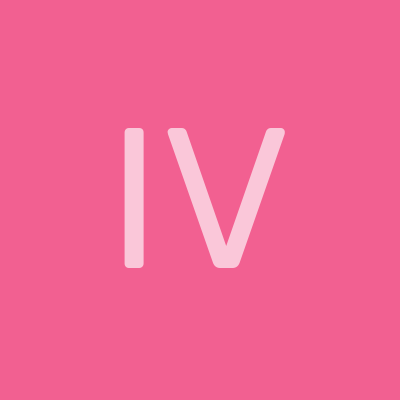 - "People are like the plastic. Did you know it?".

Car came to a not-big tent camp. The camp was near a beautiful river and in few hours of drive from the near city.

“Hello, dear visitors!”, - said a young woman who had come to meet guests.

“Nice to meet you, Ann”, - said a driver: “Good to see you still director of the camp”.

“Nice to meet you too, Gery!” – Ann waved to the driver. “I love this ministry each summer”, - she smiled.

“Grate”, - he smiled too. Gary waved his head in the direction of the boy sited near: “Esh Malah…”.

Boy outed of the car.

“Delivered here for correction”, - with a stern face continued Gery.

Ann tensed up. “Nice to meet you, Esh!”, – Ann held out her hand to the boy. The boy kept silent.

Ann tensed more up. But the boy shyly shacked her hand.

Ann exhaled this peace. “You have so strange jokes”, -fury blushed Ann.

Gary smiled and winked to her: “I hope you’ll have shown him the right way”.

“Here you’ll be all this week” –Ann had lead Esh through the tent camp to a small tent. “Here you’ll live with two else boys.

“Don’t worry tent intended on three persons”, - she sincerely smiled to Esh. “Little camp, maybe for twenty kids, few mentors and cooks, we’re like one big family here. I hope you would like it” – Ann smiled again. “All kids already arrived, but we glad to see you, even in last part”, - Ann friendly laid her hand on his shoulder.

She opened the tent. “Here is your new home for this week!..”, she looked excited, but next became disappointed: “Uh.. your new neighbors are some messy boys…”.

The new room for Esh was filled with opened bags. There was cute, but all looked mess: some dirty parts of sport costumes lied on unmade sleeping bags, plastic bags covered under the sleeping bugs, clastic cups covered in the same place, etc.

“Ok… enough look on this!” – calmed herself Ann: “I hope you’ll be a better example for them. Set your bags here and come with me to the cafeteria, let me feed you after your journey”. She smiled again.

Around walked else joiners of the camp and they did something. Mentors, joiners and staff, all worked with their duty. “Matthew!” – Ann called a red boy from the midst of the crowd. “This is Esh. Introduce yourself. He is your new companion with your duty”.

“Hello, I’m Matthew! You can call me “Mat””. Boys were the same age. “Let’s go to deal with our work”, - smiled Matthew and next roared like a battle call: “Let’s go to dig toilets!”.

“Yea”, - awkward smiled Ann: “Go ahead. We need to prepare two toilets from the right and left side of the camp”. “You need to dig two deep holes in the ground and set a high tent over them”, - peacefully added Ann.

Esh was a little disappointed by this sort of work, which lied on his shoulders.

“Don’t worry, Esh”, - friendly pushed him Mat: “Image that we prepare a pit of fertilizer”.

“Yea! My dad is a farmer and we usually do this kind of pits for our greenhouse”, - assured him Mat. “It’s a good deed!”

“By the way, who is your parents”, - didn’t calm Matt during their digging. Mat was a talkative boy. “I haven’t them..” – answered Esh.

“Oh... How did you get here”, - asked Mat, his face was sympathetic: “Sorry for the question... I am just interesting, ‘cause my dad paid for my being here”. Mat stopped to dig.

“All gratitude to the pastor Gregory”, - didn’t stop to dig Esh: “He carries about us, orphans. And he agreed with the director of the orphanage for we would have an opportunity to be even a week in a Christian camp like this. He tries to provide it for us each summer minimum. He is a good person. I’m grateful to him.

“So, what purpose of the fertilizer pit are you speaking?”, weak but still smiled Esh.

“Yea,” – picked up Matt: “Manure can improve soil moisture and fertility. So it’s very good soil to plant something after our camp for bury it, for example”.

“Hm”, - Esh was pleasantly surprised that they do such a good thing. Now it becomes a pleasant work for him.

Mat met Esh after breakfast: “Passed three days. The pits are full”. “We need to bury it and …”, - he added like the battle call: “dig up new toilets”.

“Did it left after your breakfast?”, - cautiously asked Esh.

They moved and came to the pit.

“You can plant something here, but now it more looks like trashcan and not good soil…”.

The pit was filled with packages of wet wipes, plastic packages, and packages of all “women things”.

“Yea, stupid and disgusting idea use this pit like a trashcan…”.

Esh becomes sad. Seemed only he and Mat see things the same…

“They didn’t see any harm of their behave! They spoiled the soil!..” – Esh reddened inward: “They don’t value me, don’t think same as me! They just used my toil and next spoil my good idea!”.

“Don’t take it near to heart”, - broke the silence Mat.

- You're not completely wrong -

“Let me explain”, - started Mat: “Look even on a plastic”. Esh turned his head to the pit, but Mat started to shake Esh soldiers and laughed: “Not on THE plastic idiot!)”.

“All right, all right. I just joked”, - justify himself Mat. “Anyway even we look at a plastic”, - Mat continued: “It has and a good side”.

«Such things as sports suits, night lights, our rain tents and even the packages which saved wet wipes, all of these things are useful. Yea that was a bad, even stupid, idea - waste all of this there. But plastic and humans have another, good side! People just need to know the right way of their doing as plastic needs to be reduced!”.

“The “right way”? What’s “the right” way?”.Esh asked, but next realized that a mistake he made: Mat’s eyes brightened and opened wide.

“Nice to see you again Buddy. One gray guy had taken your place”, - smiled Mat. “Ok, without the “right way” stories”, - Mat smiled wider: “Just take your shovel and help me to do last rites for our pit”. Mat picked up shovels for him and Esh. “But you, instead of me, must say about the “right way” for plastic in our camp”.

“But what the “right way” for people do you still mead?”, - desired to understand his friend Esh. Esh and Mat started to bury the pit.

“Burring the pit..”, - perplexedly answered Esh. “You should know: I don’t like silly questions..”, - hissed and got angry Esh.

Esh wanted to answer something to Esh.

“Yea, I know what you want to say: “You don’t fix the problem, you just bury it”. But, anyway, that’s kind of solving, you know”, - continued Mat. “Same and people: we can’t solve all problems, but we can do something better, by Christ, of course”.

Esh stopped to bury. “But better pick out all this plastic from the pit”, - stated Esh.

“Look, Bible in the same time warning against extremes Ecclesiastes 7:16-18. I don’t want to dig in manure! Silly statement. I just wanted to say that people can solve the problem as they can. Same plastic, if it reduces, can save trees or else plants which would use instead of it”, - stated Mat.

“Now we have time for conversation in groups”, - announced Ann. “Isn’t it a good combination of circumstances that we are in one group”, - Ann turned around to few kids stayed behind her. Esh and Mat rolled their eyes and wide smiled next.

"What was new for someone today? "

" Oh, but you only have a couple of abrasions, Den," - a woman sitting next to him reassured him.

"Esh, Matthew, you are always doing something together. How was your day?", - Ann continued.

"Yes, and it was full of your plastic! All the soil has been ruined!", - Mat waved his fist threateningly to all the guys sitting next to him.

"Don't be nervous, Matthew, let Ash speak out first, and only then you will share your claims with us, "Ann reassured him.

"Yes..", - Eesh continued: "And I realized that people are like that plastic."

"What is this supposed to mean?", - Ann asked, greatly perplexed. And everyone else was perplexed, except for two "eyewitnesses".

"I mean...", - Esh continued: "A person is born, comes into this world just like a brand-new plastic package. It is born with a specific purpose and purpose, just like plastic is a good thing. But when it is used... " The current situation arose in Esh's head: "Honestly, I was very offended... I thought that I was assigned a good deed and not just dirty work..."

Esh began to cry. Ann sat down next to him to comfort him, but neither she nor anyone else wanted to interrupt his story.

"Matt inspired me by the fact that we will make a cesspool with him, which will make the soil better," - Esh looked at Matt through tears, smiling. "I even wanted to plant something there..," - Esh wiped his tears.

"Yea..", - the children sitting next to him sighed guiltily.

"And in the end, it turned out... Only Mat and I thought so, and we just dug out the trashcan... " - Esh's look became gray again, as it used to be before. Everyone decided to console him.

"Wait," - Matt stopped everyone with one gesture: "Let him finish."

Esh's expression softened, he closed his eyes for a second, took a deep breath, and almost as if nothing had happened tried to finish his thought: "People, like plastic, are born with a certain purpose." "But if they were used and thrown away...", - Ash calmly exhaled and smiled: "they can even spoil a dung pit."

People had little patience and they were genuinely perplexed: "Is that all he wanted to say?".

"It seems that I can also be somewhat talkative," - Ash smiled easily and filed their perplexed tried to finish: "People, however, like plastic, if it is recycled, can still bring a lot of benefits if they do not give up and continue to solve and look for the Solution”. “I like your stories about the "right way", - Esh friendly put his hand on Mat's shoulder.