Submitted into Contest #28 in response to: Write about a date that was so terrible you’ll never forget it.... view prompt 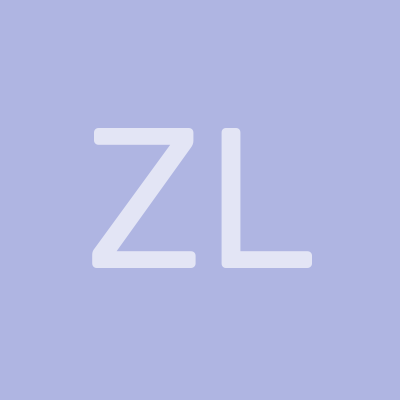 “Zane, I need you to be ready to leave when I get to the school. I have something to tell you.” I heard my mother’s voice through the phone. She sounded serious- urgent. A mix of both solemnity and trepidation. It was concerning. The last time I heard her speak this way was the time she told me that my grandfather died.

I was doing my homework when I got that call. I immediately dropped everything and prepared for my mother’s arrival, fearfully awaiting whatever my mother had to say to me.

When she got to the school at 6 p.m., I slowly inched up to her car. Even in the dark of the night, I was able to see the fear on her face. Something was up, and I found the curiosity both petrifying and enticing. I knew that it (whatever it was) was going to change my life forever. I put my bags into the backseat and hopped into the car.

My mother turned to look at me, her face was emotionless, stone-cold. “I’m leaving your father.” My mother states bluntly.  It was such a short, pithy statement. Only four words; such an unusual way to tell someone that their entire life is about to change. It echoed in my mind throughout the entire car ride home.

“What? Why? How? Are you moving out? I thought everything was okay.” I thought to myself. These thoughts ran through my mind with such blistering speed that the sounds began to blend together. My mind was in a complete frenzy, and I could not control it.

My mom began to run through her reasoning for leaving my father. I was listening to her, but I couldn’t hear a word she said. The echoes of the thoughts reverberated in my mind with such deafening sound that I was unable to take in anything my mother was saying.

During the car ride home, I noticed my mother had made a wrong turn. “Mom, home is that way.” I told her, hoping she didn’t make that turn on purpose.

“I know, Zane.” She said. In that moment, I knew that the one possibility that I feared the most was becoming my reality. My mother was moving out, and soon.

My mother began showing me around her new home. “This will be your room.” She said, pointing to a cavity within the house. She had already thought that far ahead. Without the smallest bit of my input, she had decided that this would be the new space I would have to occupy. So much had been decided without so much as a word coming from me. I wondered: Did my input even matter?

At the end of the tour, my mother took me back to the home I knew. The home that I had spent the past ten years living in. I walked in, and everything felt different. This once peaceful place had now turned into a place of conflict and tension. The one fount of respite after a long, stressful day at school, was now the last place I wanted to be. As I walked through the place that I used to know better than anything else, I felt like an alien. I was filled with a sense of foreboding. Home wasn’t home anymore. Whatever was in this place that brought me happiness had died.

My dad got home late that night. As he walked in, I didn’t feel the sense of unification that I normally do, but the heightening of an ever-present tension in the house. My father quickly showered, ate, and went to bed on the couch. That was something he had been doing for a while now, although I had never paid any mind to it until today.

“You’ll make it through this, Zane. I know you will.” My friend said to me over a phone call. I had just finished telling her what had gone down. It was weird. She sounded so sure of herself. How could she know that I was going to be okay? At that point, the only thing I knew was that a beautiful chapter in my life was closing, and I was afraid of what the next one was going to bring. I decided to hang up, it was late: 11:12 p.m.

I got in my bed, but it didn’t feel like it was my own anymore. Everything felt that way now. I had just witnessed the one thing grounding my existence evaporate over the course of a few hours. I was left with my feet planted in mid-air. It was bizarre. I decided to sleep, hoping that whatever happened was just some kind of bad dream.

When I woke up the next morning, my dad wasn’t even at home. He had left early, which was odd because he had told me he was off work today. “Where did he go? Why didn’t he tell me? Were we even each other’s concern anymore?” I questioned in my mind. That seemed to be all that I could do since last night: question. It was absurd. I slowly rose out of bed and got ready for school.

I walked into school with the intention of putting that mess behind me. The last thing I wanted to do was think about it. It wasn’t until I saw the date that I realized there was no denying the gravity of the situation. January 9, 2020… six days left until January 15. Six days left until my life changed forever. I decided to write about it.