You can skip reading this if you want but you should know that this story probably ended up being darker than what I normally come up with.

--(( I added the tag of horror because there’s some creepy but mostly ambiguous language. WARNING: this is probably a bit disturbing (from person to person), but because I don’t want to spoil the point of the story, read at your own risk I guess ))--

Something was wrong. A dull ache at the back of my skull insisted on it, lurking there for too long for me to just keep ignoring it. I looked around urgently, trying to pinpoint danger in the faces of anyone around me. There had to be something. Yet, there was nothing, every artificially--illuminated onlooker had their excited faces trained on the big screen, waiting for the ball to drop. The collective chant drowned out nearly any precise line of thought.

My instinct had never been wrong before. Never. It wasn’t twisted by any human error, it wasn’t affected at all by the noise or the crowd or the humans or the lights. The New Year’s event didn’t mean anything, it couldn’t influence the needle sharp pain in the back of my mind. It wasn’t a decision. It was a reaction, and it was never wrong. It just seemed wrong because it hadn't gone away yet. There was no one nearby who carried even a shadow of black magic, no one except… Liam. If I was somehow in the line of fire, surely he was too.

I stepped forward and grabbed his arm, pulling him closer. He whirled, glaring at my blank eyes defensively. I knew I must have held his arm too firmly, but he could do little about his discomfort with the crowd so close. Even while they weren’t watching.

“We need to leave.” I shouted insistently.

Liam looked at me with tense confusion, but he seemed to recognize that the request was not a suggestion. “Alright.” He muttered, loud enough for my ears to hear, prying off my hand with irritation.

Liam was one of the many who found me unnerving, and one of the few who found me dangerous. Not an underlying danger, steeped in the shadow of the unknown, a known danger, a horrific one. Amalgamated with disgust and revulsion, the only kind of fear that could truly be defined as horror.

He began to lead me through from the swarm of people, and I took my soundless footsteps after him. Maybe we had both wordlessly recognized that the other was valuable. Enough to be kept around at least. But beyond that, Liam maintained an impressive amount of apathy over my continued existence. Whatever I did wasn’t a problem as long as it didn’t affect him. Of course I had to return the sentiment. It was normal. It was the way things were.

Even then I could tell Liam wanted to hate me, it was that he just couldn’t. It was so hard for him to hate something. It was a dangerous trait. It could get him killed. Even then, he didn’t trust me.

It wasn’t that I had the potential to be dangerous. I was dangerous. Liam wasn’t a stranger to dark magic. His darkness was gathered from experience, from a lasting friendship with the stuff that left it swirling around him like a halo. It was a familiar darkness, the kind that writhed under the paper thin sheen of my skin.

The dull ache became worse. My instinct was normally only present for immediate danger. Why here? Why now? Something this bad would normally give me a few seconds to react, not minutes.

Something was wrong. Wrong with my instinct maybe. It wasn’t supposed to act like this. I couldn’t afford to ignore it anymore, even if I could just brush it off as a mistake it was starting to hurt. Like a bad headache. There wasn’t any threat that could move this slowly and still somehow put me in danger. I would have time to get out of the way by then.

I shouldn’t have ignored it.

I tried to focus, but it was so difficult to concentrate here. I realized distantly that I had stopped walking and Liam had turned around. He was saying something.

There was a direction my senses seemed to be focusing on, somewhere they were centered. I craned my neck to peer around the people in the crowd, oblivious to their irritation. The obnoxious colored lights of the square glared against my eyes, but it was close, so close… what was it? There. A dark lump sitting between the stick legs of the crowd like a shadow. Unnoticeable and intangible. Harmless. A backpack, like one you would give to your kids to take to school.

A horrible realization struck me that sent me careening back to myself.

It was so loud, why was everything so loud? Midnight shouldn’t be this bright, this loud, humans were meant to be at home and asleep.

This was a mistake.

The sharp pain at the base of my skull suddenly flared like a panicked alarm, less like a chill of cold needles and more like a stake driving into my skull. I blinked rapidly, resisting the urge to run or scream or even press my hands against my ears and hope it would stop.

What do I do, why am I not doing something this doesn’t make sense.

Liam just stared at me with a look of bewilderment. I should run, I needed to run, my own mind was screaming at me to do so- why wasn’t I running yet?

Liam was just standing there, his expression twisted into an uncharacteristic look of concern.

In a blur I lunged closer to the danger, shoving him to the ground as the first explosion shook my eardrums.

Thank you, I'll try to check out your work when I'm available!

First of all the story was Ah-maze-ing!! I was a little confused at the beginning because I was confused on why the character's ears were ringing. Then as I got more into it, it all started to come together. The end was so sudden I nearly jumped out of my skin. This was a good read, definitely!!

Wow, thank you so much! I'm glad it worked so well! 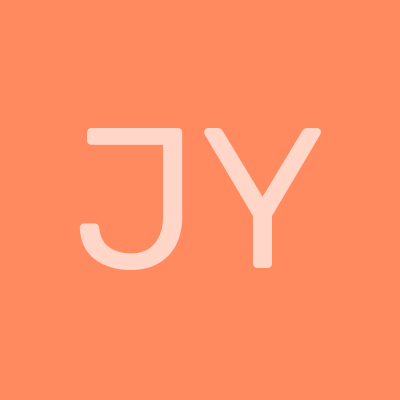 Great use of the countdown! I love coming into stories right when the action is coming. Some of the character descriptions, while super important to their action choices, sort of slowed the climaxing. I think a lot of that comes from trying to create distinct characters in a short story. Someone suggested a part 2 -- I think you need a prequel that gets us attached to these characters and their powers and relationship before this explosive moment!!

I agree, a prequel would have added a lot to this moment. I didn't like writing about the character descriptions, it was actually a real struggle for me to do so because I knew I was drawing the focus away from the action. What actually happened is I wrote the story easily but it was about 400 words.... and I needed at least 1000. Is it as good as the original? No, I don't think so. What may have happened is the need for more words (that turned into the more detailed character descriptions) left an unfinished story about the characters. Expl...

Thank you! I liked leaving it open ended.

Thanks for the warning! My story Blood, Bone, and Broken Hearts may also need a warning, since it involves murder, (kinda) death, (yes) and fantasy-terrorists (at the end). Plus, the protagonist is trying to kill someone, and the plot revolves around a rather gross heart in a box, so... This is amazing! I love what you did with the prompt, making it new year's!

Thanks for the feedback, Blood, Bone, and Broken Hearts sounds interesting, I really like the idea of a heart in a box! I added the warning almost as an afterthought, but decided it was a good idea regardless. If beauty is in the eye of the beholder, so too is fear I guess. I'm surprised so many people have liked this story, I don't actually like it that much (I don't know why), but I figured: why not post it? And so, here it is.

It really is good! Thank you!