Dr. Franklin Warsh is an Investigating Coroner and retired family doctor who lives in London, Ontario. While writing his first full-length book, The Flame Broiled Doctor (a memoir of his experiences working in the health care system), Frank Warsh realized that his many years of reading comic books had not just been an enjoyable pastime, but a lesson in writing. Read on to learn more about the storytelling tips comic books provided him — including stories within stories, and archetype inspiration.

Nowadays, comic books are a perfectly respected, even revered form of art. And at three to five bucks a pop, they’re clearly no longer just a product for children. But even the cheap newsprint comic books I read voraciously in the 1980s weren’t as silly a past-time as my elders would have had me believe. Depending on what kind of writer you’re striving to be, you owe it to yourself to give comic books another go-around. While writing my recently published memoir, The Flame Broiled Doctor, I drew upon the following comic book storytelling tips. 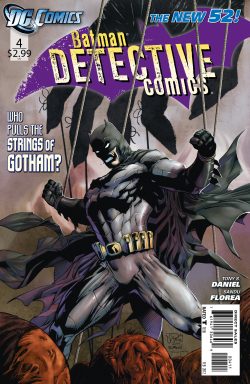 A single issue of a comic book series is almost always a self-contained story, even if it ends on a cliffhanger. For example, let’s say in the latest issue of Detective Comics, Batman discovers and foils a bank robbery attempt by the Joker. Beginning, middle, end. But if you were to keep reading, you’d find that the single issue is a self-contained story within larger story arc running through the series. While preventing the robbery, Batman beats up the Joker — but he goes too far. In the next issue he goes too far beating up the Penguin. Then the Riddler. Each issue stands alone as its own story, but all three are part of a larger narrative: Batman is losing control.

"Comic books can teach writers how to tell a self-contained story within a larger arc." @DrWarsh

Maybe the goal of the story is plot-driven — setting up a story arc of Batman coming into conflict with the police and justice system. Maybe the goal is character-driven, and Batman’s increasing violence is a sign of repressed childhood memories. Maybe it’s both. The point is that comic books provide a ready-made template for breaking down your story into well-circumscribed chapters or “beats”. 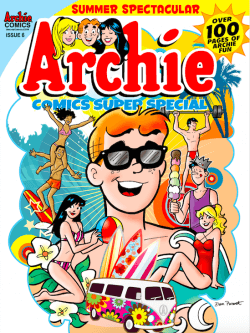 Some writers have no problem creating compelling characters. If that’s you, I’m jealous as hell, because characters are my Achilles’ heel. When I start fleshing out a character or inter-character dynamic — or if I need to avoid hitting too close to home with someone I know in real life — I’ll often pick well-established comic book characters as a jumping off point and go from there. I don’t need to write about the folks in high school I never liked, because I can take my inspiration from early Spider-Man stories or even Archie comics. A bickering family? Fantastic Four. Alpha males competing in the workplace? Avengers. Since many characters in literature (except perhaps big-L literary fiction) are built on archetypes, lifting ideas from comic books can get the creative juices flowing without devoting the time it takes to read George R. R. Martin’s A Song Of Ice And Fire series.

Whether it’s in a book or a movie, there’s not much that irks me more than long, expository stretches of dialogue (long speeches, however, are awesome). Simply put, unless the story is a frame narrative, that’s not how people talk outside of a lecture hall. Worse still, it strips writing of the major upside to good dialogue, namely, improving the pace of storytelling. Want to get a feel for how to write snappy dialogue that won’t drag down your writing? Comic books have you covered.

Comic books are an example of how good dialogue can improve the pace of storytelling. @DrWarsh

Building on the “stories within stories” point, comic books can give a great sense of rising tension and conflict within single scenes or chapters — all in service of the larger story being told throughout the series. I love the sense of forward momentum in a well-crafted comic book, because it always leaves me as the reader wanting more. Good serialized drama can also provide a sense of this (such as House of Cards or The Wire), but reading a stack of comic books from your local shop or library is a smaller investment of time.

Comic books give a sense of rising tension and conflict that leaves the reader wanting more. 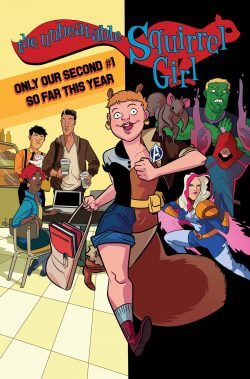 My largest writing block isn’t a lack of ideas, or a lack of skill, but a lack of motivation. Even my own memoir, full of funny and intensely personal stories I’ve been collecting for nearly twenty years, was a chore to write at times. If I’m not in the mood to write, I’m probably not going to feel like reading something meaty either. We all need an escape, but when the kids are asleep and people have been barking at me all day, the last thing I want is the noise of the TV. Give me ten minutes with Deadpool or Suicide Squad or Unbeatable Squirrel Girl, and the creative juices are churning once more.

There are a myriad of reasons I read comic books even to this day that have made me a better writer, beyond those I’ve described. One of the great tools in your kit as a humorist is over-writing. Poking fun at your characters with liberal dashes of purple prose works as well in the pages of Deadpool as it did in Cervantes’ Don Quixote. Writing as an over-the-top narrator can get your reader in the mood for a joyride, like an episode of the campy 60s Batman TV show — that’s now in circulation as a comic book. Have a terrific villain in your novel, but can’t quite get their villain speech right? Give comics a try… Cersei Lannister and Iago have nothing on Lex Luthor from Superman or Dr. Doom from Fantastic Four. Head to a library or local shop to give comic books a second look. They’re a great escape from the daily news, and you’re sure to find something to help your writing as well.

The Flame Broiled Doctor is available on Amazon in paperback and Kindle!

Are you a comic book reader? What nuggets of writing wisdom have you discovered through reading comics? Leave your thoughts, experiences, or any questions for Frank in the comments below.

Thank you so much for sharing us this news about comic books. https://www.amarchitrakatha.com/in