“The best editors, designers, and marketers no longer work for big publishing companies. Instead, they are striking out on their own and working as freelancers,” says trader, investor, writer and entrepreneur, James Altucher.

The richness of the freelancer landscape is no secret, but many don’t understand the true impact of having so much talent, so easily accessible: authors can now achieve the same level of quality they would get with a traditional publisher, without sacrificing royalties or creative control. Navigating such a wealth of freelancer talent can be daunting; how can authors meet the quality demands of their audiences and bring their work to a level of professional polish previously unseen in the realm of independent publication?

Enter Reedsy. Or rather, enter the freelancers featured on the new platform, launching this month.

“Our freelancers define the difference between vanity publishing and being an independent author,” says Reedsy co-found Ricardo Fayet. “They are the ones who have turned self-publishing into something serious, professional—a real alternative to finding a publisher.”

“On Monday October 13th, Reedsy will make these profiles public”, Ricardo explains, “regrouping them on a marketplace. Authors will be able to browse Reedsy, filter their search according to their needs and genre, and instantly message the freelancers they want to reach out to.” 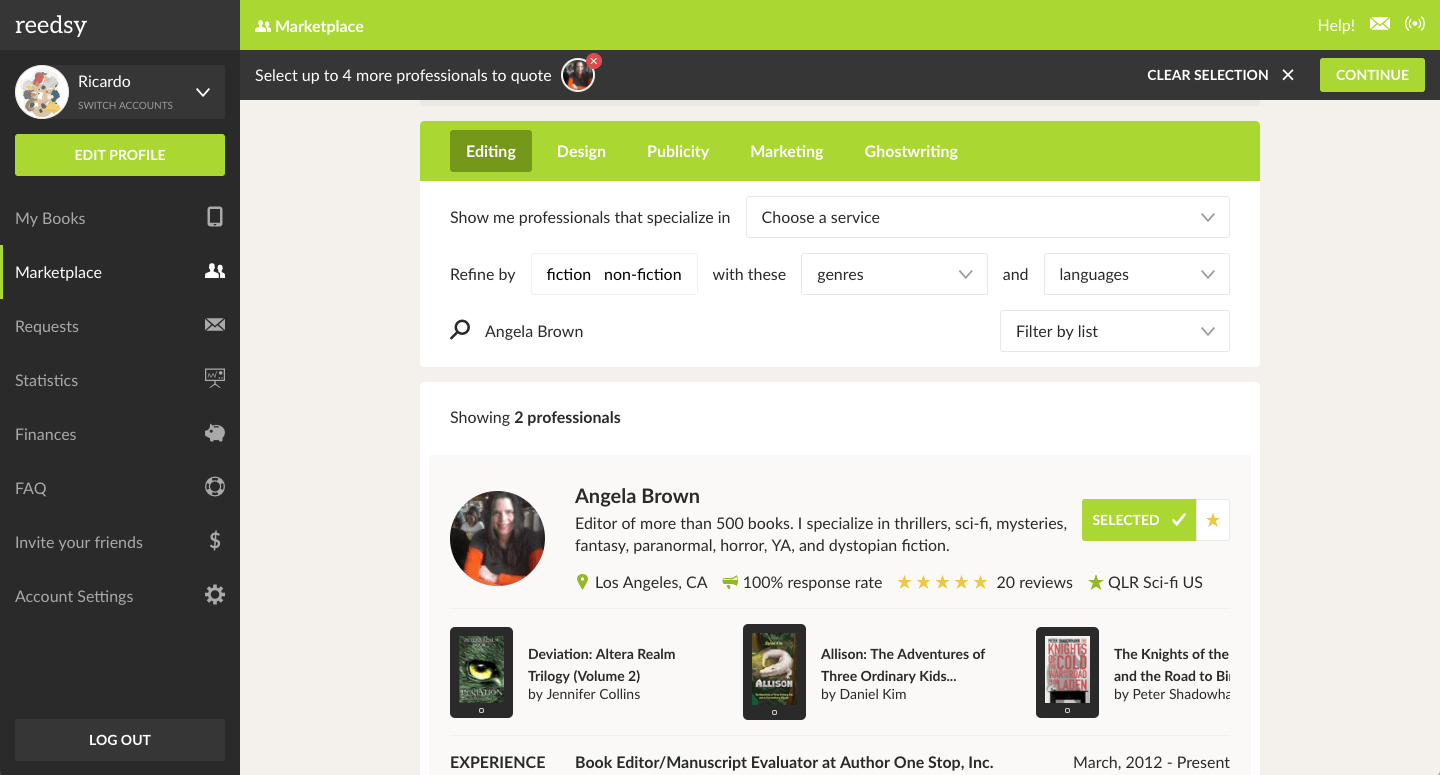 Reedsy has been vetting all the freelancers invited to the site, checking their profiles and displaying only those with experience, certifications, and good recommendations.

The “streamlined self-publishing solution” can proudly count on the support of the Alliance of Independent Authors, who recognises the work Reedsy has been doing and the value it will add to the publishing ecosystem. Reedsy’s intentions have also been approved by the Society of Authors and The Literary Consultancy.

Reedsy will not stop there. CEO Emmanuel Nataf reveals that the company plans to release project management tools that aid collaboration between authors and freelancers. “Emailing manuscripts and chapter revisions is a thing of the past,” Emmanuel says. “Reedsy will provide a place to gather these documents and allow for effortless collaboration.”

In the meantime, Reedsy aims at becoming what Emmanuel describes as "the trusted network independent authors automatically turn to when looking for a quality editor or designer.”

Reminder: Reedsy was founded in January 2014 by Emmanuel Nataf, Richard Fayet, Matthew Cobb and Vincent Durand, and has been financially backed by Seedcamp and DC Thomson. It has been featured in The Bookseller, Techcrunch and Words With JAM.

Discover a new way to engage and excite your readers. Bookdle: Publishing's answer to Wordle. 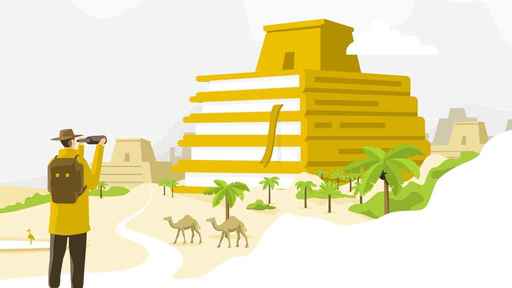 Find out more about Reedsy Discovery, the new marketing tool that allows indie authors to connect with a huge community of reviewers and readers. 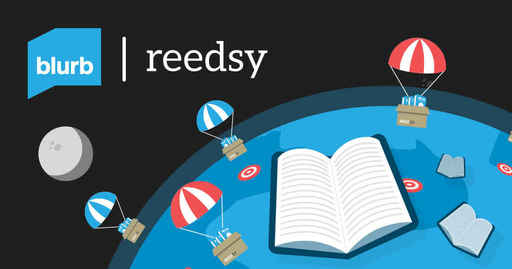 Print and Distribute Your Book with Blurb and Reedsy

Learn how to print and distribute bookstore-quality books using Reedsy and Blurb. It's a simple four-step plan from manuscript to final delivery. 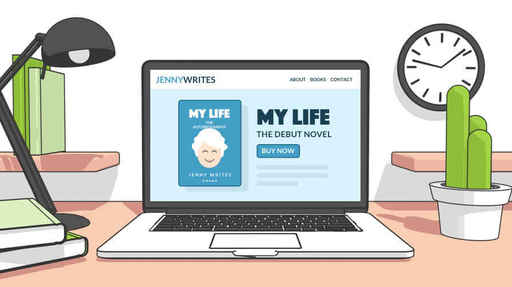 Reedsy announces the launch of author website services on their freelance marketplace. If you need a web presence, the best professionals are already here. 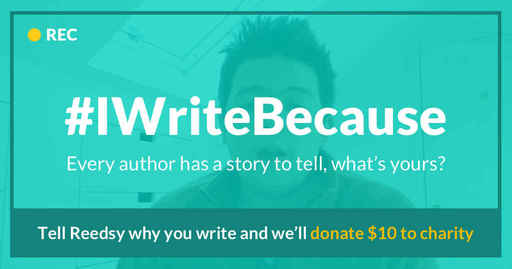 Announcing #IWriteBecause: A Campaign For Writers, By Writers

Contribute to #IWriteBecause: a campaign that asks writers why they write and aims to tackle illiteracy in developing countries. 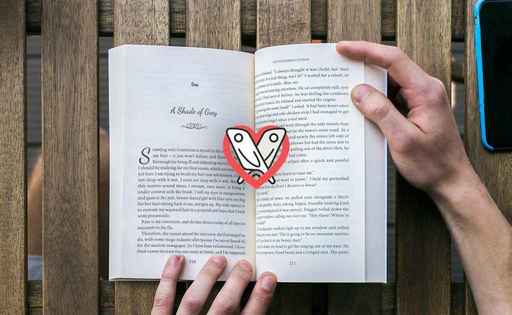 A new romance book template... that's made for you

The Reedsy Book Editor now comes with a romance book template. Just import your book, format it, and export a beautifully typeset EPUB or PDF.