Freytag’s pyramid is a term that any writer obsessed with story structure will inevitably encounter. Conjuring up notions of dark, ancient tombs, this intimidating-sounding theory is actually very easy to understand. The pyramid, also known as ‘Freytag’s triangle’ or ‘five act structure’, is a straightforward way of organizing narrative.

Read on to discover the five acts that make up Freytag’s pyramid, and pay close attention as we apply each to Arthur Miller’s play Death of a Salesman. You’ll be a Freytag expert in no time.

Freytag’s pyramid is a five-act structure introduced by German 19th-century writer Gustav Freytag. Freytag was interested in classical Greek tragedy and Shakespearean drama, and devised his pyramid by observing their structural patterns. Though you may encounter explanations of the pyramid that identify 7 elements, Freytag’s original narrative arc only refers to 5 key acts: 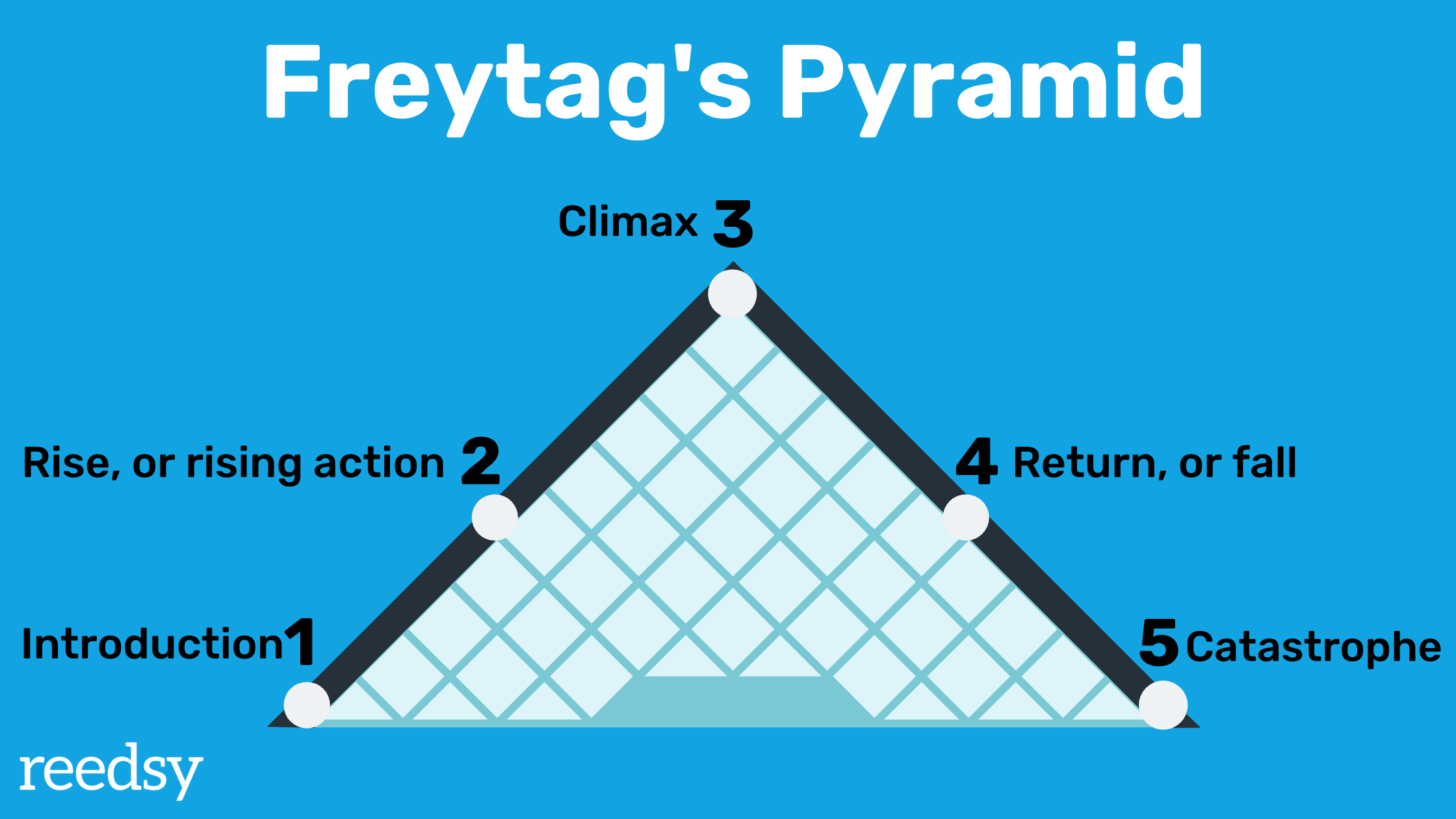 Make no mistake: Freytag’s pyramid is not a one-size-fits-all structure. It identifies story elements that are common to classical and Shakespearean tragedies, including a revelation or plot twist that changes everything — resulting in catastrophe for the hero. As a result, the pyramid is less applicable to non-tragic narratives in which the protagonist usually wins out in some way.

Like the hero’s journey, the three-act structure, and newer models like Dan Harmon’s story circle, Freytag’s five-act framework is simply one of many approaches that writers can use to create a complete and satisfying story.

Learn the essential elements of story structure with this online course. Get started now.

A note before we dive in: despite the fact that the pyramid was originally based on drama, Freytag’s ideas are ultimately about storytelling, so they can also apply to novels, memoirs, and short stories alike.

Let’s break down what each of Freytag’s five acts entails. To demonstrate how every act applies to an actual story, we’ve followed them with a Death of a Salesman example. If you aren’t familiar with this classic play, consider this your spoiler warning (and your trigger warning for mention of suicide)!

This act is designed to orient the reader and set the story in motion. It asks and answers the question “where am I?” followed by “what is happening?”. As the reader (or audience), you are brought into a new environment — so the first act needs to establish the circumstances in which the characters find themselves.

Some writers subdivide the first act into the ‘exposition’ and the ‘inciting incident’; these correspond to the first and second questions above.

📚Death of a Salesman: Introduction

The play begins on an evening in 1949 when aged salesman Willy Loman returns to his Brooklyn home. In a conversation with Linda, his wife, it emerges that his once-promising career is now failing. Their adult sons, Happy and Biff, are asleep, and the audience witnesses their parents’ anxieties about Biff’s unstable lifestyle.

The inciting incident arrives when Linda suggests that Willy speaks to his boss about his difficulties, to secure a local job that won’t require him to drive far anymore.

The second act of Freytag’s pyramid is an in-between period of rising tension and escalating plot complexity. The events kickstarted by the inciting incident now pick up momentum, as Act 2 reveals what’s at stake for the characters, while also offering a false promise of hope: a light at the end of the tunnel. The stakes, tension, and hope manifest as suspense, anxiety, or character development.

If we visualize the introduction as the moment the snowball takes form, the rise is the real snowball effect: the growing, spiralling acceleration towards a climax.

📚Death of a Salesman: Rise, or rising action

Several minor scenes make up the rising action part of the play, but briefly:

In the tragedy model, the climax isn’t the big confrontation at the end — Frodo at Mt Doom, Superman facing off against Lex Luther — but a point of no return. It’s like reaching the top of a rollercoaster — the illusion of control is lost as gravity takes over. It’s a turning point, and it changes everything.

Sometimes, the climax is a highly dramatic event, like the recognition of a long-lost sibling (which you can call an anagnorisis if you want to show off your knowledge of classical Greek drama 😎). Other times, it takes the form of an inner realization, like a new awareness of one’s cowardice and a resulting determination to face one’s fears. Afterwards, the plot continues to progress, but it does so in light of the climax and its revelations.

In tragedy, the climax is the point where the plot begins to unravel, with everything now taking a turn for the worse.

📚Death of a Salesman: Climax

With the knowledge that Willy has suicidal thoughts, the audience understands that, should the family’s bad luck continue, Willy will be tempted by the idea of a life insurance payout rescuing his family.

Tension reaches a new peak when Willy asks his young boss for a job in New York. The boss refuses and fires him, leaving Willy betrayed and angry. From this point onward, the plot spirals out of the characters’ control, leading them downward on their way to catastrophe.

Once the protagonist crosses the point of no return, the plot speeds forward with a growing sense of inevitability. This is tragedy, so the audience always feels a sense of imminent disaster. In the return phase, we are presented with moments of tension as in Act 2, but this time tension hits harder, because of everything that has preceded it.

Theatrical director Ivo van Hove, discussing his production of Miller’s A View From the Bridge, used a description that perfectly captured the audience’s transfixed and helpless state in Act 4: “It's as if you see two cars, and they are driving towards each other, and you know what will happen.” In other words, Act 4 is when the inevitability of tragedy becomes all too clear, and the tension becomes unbearable.

📚Death of a Salesman: Return, or fall

Like Act 2, the return or fall phase of Freytag’s pyramid consists of several scenes of tension. One takes place when the Lomans go out for dinner: Willy confesses that he’s lost his job, and Biff — who has failed to secure a deal his father was optimistic about — tries to relate this news in a painless way. A flashback reveals young Biff discovering his father’s affair, casting their difficult relationship in a new, tragic light. Finally, Biff and Willy clash in a furious argument over Biff’s professional failure.

Catastrophe takes place when the character is finally brought to their lowest point. Like the climax, catastrophe may take many forms: a character could die, be financially ruined, or lose everyone’s respect. Everything the character has feared from Act 1 comes true. Whatever that is, it’s a forceful conclusion to the build-up of tension, the moment everything comes crashing down.

Though Freytag’s original analysis didn’t discuss dénouements, people sometimes treat these as the seventh element of his pyramid. A dénouement brings resolution, settling all remaining questions and tidying up loose elements of the narrative. It can also suggest how the story moves onward after tragedy.

📚Death of a Salesman: Catastrophe

Catastrophe hits Death of a Salesman when Willy intentionally kills himself in a car wreck, allowing his family to claim a $20,000 insurance payout. His death does not come as a surprise, but it still hits hard, forcefully shattering his family’s chances of happiness. In a pattern that recurs in tragedies, the Lomans get what they want, but at a great and irreversible cost.

A dénouement takes place at the very end of the play, after Willy’s funeral. The audience finds out what his sons plan to do now, and, amidst her grief, Linda provides an unlikely sense of resolution as she utters, “We’re free…” The dénouement makes explicit something we may have realized at the moment of catastrophe: that her husband’s tragic arc is also her own; that she will have to live with the consequences of her actions.

So what’s the point?

We get it. For practical-minded, let’s-get-down-to-action types (as writers often are), structural theories can seem nebulous and unhelpful. But there are two ways in which Freytag’s pyramid can be useful to you, both as a reader and a writer.

The first is the fact that as a linear dramatic structure, Freytag’s pyramid operates subliminally. You aren’t thinking about act breaks and story beats when you read a novel, but you’re under its structure's spell anyway. A narrative that follows this pyramid’s flow guides the reader towards understanding what’s at stake for the characters. You wouldn’t appreciate a climax if you didn't understand its impact on the status quo, just as you wouldn’t even recognize rising action if you didn’t know what was new. You need to understand a character's experiences to empathize with them. This pyramid structure maps the story into a pattern all humans are familiar with: desperately wanting something, only to be denied it.

Structural skills for your own writing!

The second way in which Freytag’s pyramid can help you is much more conscious. Once you know its five acts, you can actively detect the shifts in narrative movement as you progress through a story — a remarkable asset for any writer. The more you can break narratives down into their structural components, the tighter your own plotting.

Now that you’re familiar with Freytag’s pyramid, you will understand the purpose of each scene in relation to where it is in the story (e.g. to escalate the stakes, or push the character towards catastrophe). You’ll also be able to adjust story pace in relation to the pyramid, focusing on your characters’ journeys and delivering a satisfying narrative.

And that’s it! You’re now a Freytag’s pyramid connoisseur — go forth and share the structure wisdom.

Book Writing Software: 11 Programs to Bring Your Book to Life

The right piece of book writing software can make all the difference. We break down 11 options so you can get writing today. 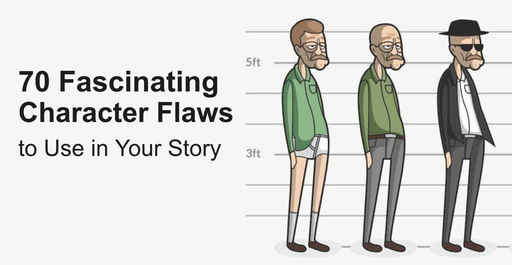 Character flaws turn your ideas into three-dimensional people. Check out these 70 fascinating flaws to use in your own stories! 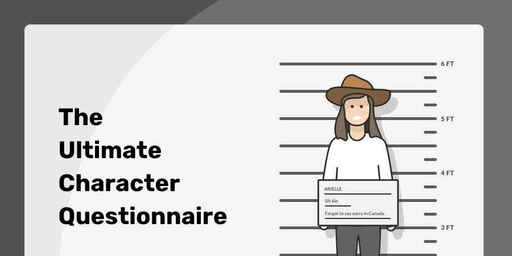 Learn how to use a character questionnaire, and put your character in the hot seat with our 50 juicy character development questions.

Looking for creative writing classes to sharpen your skills? We gather our favorites in this detailed guide, so you can start learning today. 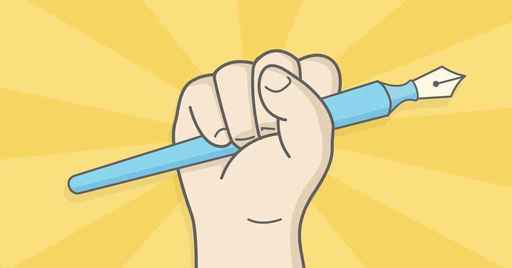 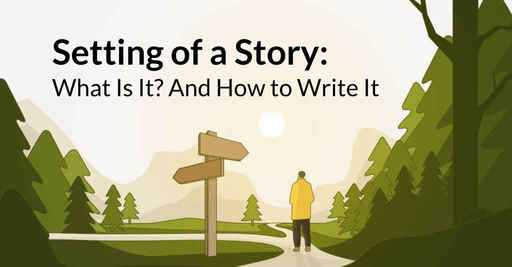 The best story settings come to vivid life in their readers' minds. Learn all about setting of a story and how to write it in this guide!