The Doggie in the Window

Submitted for Contest #97 in response to: Write a story in which a window is broken or found broken.... view prompt

How much is that doggie in the window? I thought, when we first laid eyes on him at the pet store. Well, I actually spoke this thought out loud to my wife (knowing that it was the title of a children's song written back in 1952 to annoy her) but she just laughed and rolled her eyes at me. But truly, it was love at first sight and we bought him on the spot.

Blue. That was the name we gave him. Now you may ask...why Blue? Was it because he had some fascination with the color? No. Was it because he liked looking up at a blue sky? No. We decided on that name because, even as a puppy, Blue always looked sad. No matter how happy the occasion or joyous the moment, the black and white Border Collie's expression never changed - he always looked blue I guess. We discovered, over time, that the dog lit up when he was looking out of a window, though. Whether at home, out for a walk, or riding in the car, Blue was in doggy bliss as long as he was able to see the world through a window.

Accommodating Blue's window obsession has led to some very interesting experiences. Like the time he fell in love with a neighbor's Cocker Spaniel after spotting her through their window. Blue would raise a ruckus - barking, tail wagging and such - whenever she would come into view. However, this became a problem because Blue liked to play the field. In other windows throughout the neighborhood, he'd seek out attractive females of the canine persuasion in what my wife likes to call his animal version of the romantic drama "A Room with a View", instead calling it "Blue's Room with a View".

When riding in the car, he would scope out, through the window, an attractive animal seductress in another car beside us, while we were stopped at a light. He left no doubt regarding his delight at the vision of his desire, and showed his appreciation with loud barking and enthusiastic jumping up and down on the back seat. Leaving the dog in the other car to either respond in kind or look at him, along with its human owners, amusingly bewildered.

I tried taking Blue to dog parks but they held no interest for him. I then tried camping, but the great outdoors just wasn't his thing. It seemed all he wanted to do was sit, aloft on his favorite perch, and watch the world through his window. During one of his annual checkups, I talked to the vet about Blues window watching habit to see if this was normal. He assured me that there was nothing wrong with this activity and that other dogs did the same thing...so I stopped worrying.

As Blue got older, the more time he spent at his window viewing pastime. I guess this change resulted in the many broken windows that we had to replace. With him rushing to a window because he thought he saw something of interest, Blue would sometimes knock something over - breaking it or sometimes the window itself (Blue should have been a rich man's dog cause he was costing us a fortune). It got so bad at one point, we sought the services of a dog whisperer. We scheduled an appointment for a Saturday afternoon and a trainer, named Sidney, made a house call. Her idea was to change Blue's relationship to windows by placing scented candles and incense on each window sill, accompanied with the sound of classical music. She suggested that the family, along with the dog, gather at a window for meditative time and quiet contemplation. It sounded a little silly to me, but my wife thought it wouldn't hurt to give it a try. As I was proven right, this approach never worked, and on several occasions, Blue almost started a house fire in his hot pursuit of a window to look through.

Some visitors to our home seem to think it was their civic duty to instruct us on how to break Blue of his window watching habit. Even my male relatives, especially Uncle George, would go on and on about how unhealthy it was to let the dog "spy" on our neighbors and considered Blue a "peeping Tom" dog! One time he took it upon himself to remove Blue from one of his favorite windows, but Blue had a better idea, and "removed" my uncle from the living room by chasing him into the hallway closet - he refused to come out for half an hour unless we put the dog away. Others try to be more subtle, and use treats to tempt Blue away from the window, but it never worked. Children visiting didn't seem to have a problem with his window watching and would join him in doing so, while rubbing his head.

Walking Blue was a special treat, because he wanted to stop at every window he found interesting along the way. I found myself exhausted many times. Blue - oblivious to the concept of time - took a walk that should have taken twenty minutes and morphed it into an hour. Ugh! Holidays, and Christmas in particular (no "Joy to the World" festive spirit for me), was a tortuous affair, because Blue so loved the Christmas lights! The dog walked through the neighborhood, or should I say neighborhoods, dragging me along, examining the various ornamented windows. We had performed this yearly ritual to the point that I knew what windows he liked or didn't like! (As a side note: Some neighbors actually called to ask when I was bringing Blue over to inspect their lights!) For example, if he liked a decorated window, he would stop and study it with a glimmer in his eye - reminiscent of a dealer admiring a great work of art. However, if he found the windows didn't meet his high standards, he would race past the house in disgust - demanding that I pick up my pace, as I struggled to hold on to the leash. After his "disapproval" I noticed changes to those neighbor's decorations to get Blue, the official "Christmas Lights Judge", to stop next time.

Time, which eventually affects all things, finally caught up with Blue. The old fella, in his life's final act, wasn't as picky about his choices of windows on our daily walks and, to my relief (I wasn't getting any younger myself) caused us to return home from those walks much sooner. Even during the Christmas holidays, he would now take a quick glance at decorated windows he liked, but he wouldn't stop as he was ready to get back to the warmth of our home.

My best friend's journey ended not too long after that. I won't go into any details about the circumstances of his passing (too emotionally painful and the heart wound too fresh right now), but I'll just say it was a peaceful one. I miss my Blue every day (some days are harder than others as I write this weeping). Yet, when I find myself alone and feeling blue, I think of him looking down through his big window in the sky, tail wagging while taking in all the sights, and a great big comforting smile washes over me. 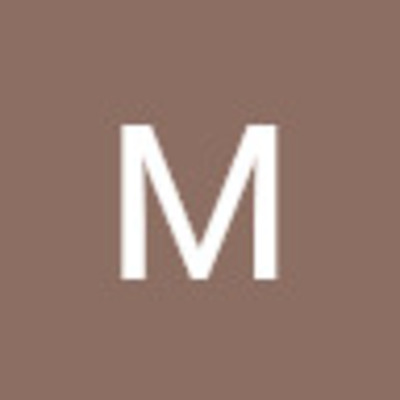