I hadn’t touched my camera since my dad moved away to Los Angeles with his agent, but for some reason I wanted to use it.

It started on a sunny morning when I got an email from my school saying that I have until June 16th to turn in my school laptop or else I could end up on the debt list. The thing about the debt list is that once you’re on, you have to pay. They won’t even let you return the laptop or book or whatever you need to turn in.

So yeah, I was going through the bins on the top shelf of my closet when I saw it. My Nikon D3100. The Nikon D3100 isn’t a fancy camera. In fact, it’s a camera for beginners. My dad got it for me when I was ten thinking I would follow in his footsteps.

That dream ended when I started getting into basketball in the sixth grade. Still, I kept the camera. Mostly as a souvenir to remember our photoshoots together.

I didn’t have an idea of what I wanted to take a picture of. Usually my dad would take me to this random spot in town with lots of plants and way too many insects. The places would be full of tourists taking a million photos. Dad liked it because we could blend in easily. I just liked getting out of the house.

I ended up going to Bosco County Park which is where I used to hang out with my friends back in middle school. In highschool we just chill in each other’s rooms watching movies with terrible acting and drinking wine coolers.

The park is pretty big, big enough to get lost in, but I knew where the kickball field was and where the playground wasn’t. I didn’t want parents thinking I was perving on their kids with my camera so I decided to stay far away from them. Problem solved.

The kickball field was nearly empty. A couple of highschool boys were on the bleachers smoking weed and watching some video. Some old guy was out in the field yelling into his phone. Something about his joint custody agreement.

I sat at the opposite end of the bleachers, away from the weed smokers.

Part of me wanted to take pictures of them. Like a lifestyle piece or something. The photos would mostly be close ups of their joints and skateboards. Maybe even their black fingernails and silver jewelry.

The piece would end there leaving the viewers to come up with their own ending. Did they having sex at the park while the preschoolers chased each other around with dead lizards? Did the old guy finally stop yelling into his phone and instead yelled at the highschoolers for doing it on the bleachers? The world may never know.

I turned away from the screaming kids on the playground and looked back at the bleachers. It was Tao Montgomery, my ex boyfriend. That’s right, my ex boyfriend was not only smoking weed, which he swore he’d never do, but he was also making out with another guy.

That used to be me making out with him. But now, he’s making out with someone else. Touching someone else's balls. The worst part of it all is that we broke up because he wasn’t out yet and he was scared people would find out about us. I guess he just said that to cover the real reason he didn’t want to be with me.

The other guy was staring at me with curiosity. Probably wondering how I knew his boyfriend. Especially since me and Tao went to different schools. Whatever his name was, probably knew about Naomi, April, and Robyn. He just had to figure out my place in Tao’s world.

“This is Kyle,” Tao said, pointing at him. “Friend from school.”

I laughed which made Tao blush.

I could tell he was really proud to make a friend without my help. I was proud of him too. He’d always feel so out of place whenever he hung out with my friends. The only time he’d feel comfortable is when Naomi was around and that’s only because he befriended her before he knew we were friends.

He playfully shoves me, which I love.

In fact, if he hadn’t dumped me we would probably be teasing and playfully shoving each other in my room. We would go back and forth until I tackled him. He would try to get me off of him but I'm stronger so he just lays in defeat.

Eventually, I would try to climb off of him but he’d pull me back and kiss me. Then, we’d do it on my bed because my parents don’t care and my sisters live out of state. My dogs are total cockblockers though.

He stood up and grabbed his skateboard. The joints were still carefully placed on the bleachers.

Kyle raised his eyebrow and looked at me. We both looked away at the same time.

“We have that project, remember,” Kyle asked.

“That’s not due till next month,” Tao said.

Tao was usually the pushover type. He’d do whatever I told him to do just because I told him to do it. It was the main reason we fought. I was too pushy and he didn’t like being pushed around. It was ironic because he was top and I was bottom. I guess that was why I was so turned on by this new Tao.

“What kind of project is it,” I asked.

I was definitely cockblocking Kyle and Tao but I didn't care. Kyle was an insecure puppy following Tao around which really pissed me off.

“Isn’t that an eleventh grade course,” I asked, narrowing my eyes.

“Don’t listen to him,” Tao said, rolling his eyes.

Kyle glared at me.

Kyle definitely hated me but I loved the feeling. I know that sounds weird but it’s true. The fact that Tao would rather talk to me than have sex with Kyle proved that maybe Tao would want me back.

“I could help with the project if you want,” I said, licking my lips.

Tao bit his own lips.

“Kyle has to be home by four but I could use some help,” Tao said, winking at me.

Kyle was pissed at this point. I was pretty sure he was going to swing at me. Some soccer mom would probably call the cops and then we’d get kicked out of the park.

“You’re arranging a dick appointment right in front of me,” Kyle said.

His eyes were fuming with steam.

That’s when I realised Kyle wasn’t the boyfriend. He was the friend with benefits that could be pushed to the side at any moment. Kyle knew this yet, he still went for it.

Kyle grabbed the rest of his things and rode his board out of the park.

He looked down at his shoes. A little bit of the Tao I know showed. The Tao that lacked eye contact when talking to strangers but could pull off a killer presentation.

“You told your parents,” I asked.

Tao’s parents we’re extreme christians that gave him side-eye whenever he read LGBTQ+ books or confronted them about their homophobic comments. He knew they loved him but he also knew they'd probably send him to conversion therapy if he came out to them. That's what he said anyway.

“That means a lot coming from you, Benji,” he said.

There’s a silence between us. The kind where you just stare into space with each other.

Tao smiled, showing all of his teeth. He let the dimple on his right cheek mold. I placed my pointer finger in the dent like I used to do before.

Tao laughed. The laugh he had lit up a room. Everyone in the park could feel the electricity traveling through their veins. Including me. I felt it the most.

I scrunched up my face. Start over? No kisses, no cuddles, no sex, no dates, no flirting, no nothing. Everything between us erased.

Tao took my hand from my jacket pocket and squeezed it.

“I don’t want to start over. I want to continue where we left off.”

I felt the tears pooling in my eyes. I’d waited so long for us to be good again and he just wanted me to forget it all.

Tao let go of my hand and my heart sank. I couldn’t do this again. I just couldn’t.

“Tao, you’ve changed some since before but you’re still the same.”

Tao’s eyes started sweating but I didn't stop. I should’ve fought for us before, but I didn’t. I wanna fight for us now. And forever.

Tao smiled and grabbed my hand again. “It’s nice to meet you Benji.”

“Can we be more than friends?”

“We can be more than friends.”

Tao pecked my lips and I went back for more. The fact that less than an hour ago he was making out with Kyle made me feel kinda gross but I tried to shove the thought out of my head.

We finally pull apart to catch our breath. I wanted to keep going but Tao isn’t a water baby like me so we had to stop so he doesn’t pass out.

When his breath slows down I lean in but he stands up.

Tao pulls me off the bleachers and I follow him to the parking lot. He never let go of my hand.

Tao snapped his head back to look at me.

“What are you talking about,” he asked.

I could feel my face getting hot from embarrassment.

“You and Kyle we’re watching something on your phone when I came up,” I said.

“It’s mostly to make my college application diverse, but I like it,” he said.

“Wow. You really are a stranger.”

“I hope you’re okay with dating a film nerd.”

“You’re just a nerd in general.”

He shoved me again but we were holding hands so he stumbled with me.

It must be fate the way we broke apart and got back together. I guess when we ended things we somehow knew it wasn’t the end. It was just the beginning. And I hoped he’d hold my hand through the end. 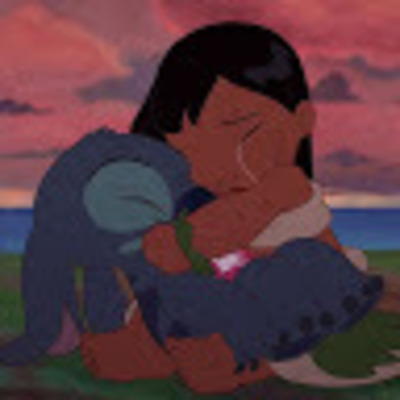